There's more than one kind of sanctuary available at Kindred Farm Rescue in North Gower, in Ottawa's rural south end.

The remote farm is a safe space for horses once destined for slaughter. Some were abused or neglected. Others, including a chestnut named Talia, were trotters and pacers culled from the horse-racing world.

"She ended up [marked for] the slaughterhouse six weeks after her last race," said farm manager Liz Tompkins.

But Kindred Farm Rescue has also become a haven for struggling kids and at-risk youth. They work with Tompkins and commune with four-legged friends, from a large draft horse named Rhea to a pair of miniature ponies, Tuxedo and Waffles.

Tompkins is a certified personal development coach who offers an equine-assisted learning program. Her clients are often referred to her by the Children's Aid Society. Some have fetal alcohol spectrum disorder, or FASD. Some are on the autism spectrum. Some are living in group homes away from their families.

Tompkins calls out to her "staff" as they nibble hay in a paddock. They amble over, looking for a fibre nugget horse treat. She reaches out to scratch Rhea's neck.

"If you look into her eyes, you can see the depths of your own soul," said Tompkins. "It gets me every time."

That non-verbal communication is key to what's happening on this farm.

Clients are matched with a horse during a "herd walk," a kind of meet-and-greet where kindred spirits connect. It's not about learning to ride, it's about letting down barriers and building trust.

One exercise involves blindfolding the youth, who stands beside the horse simply listening to the cadence of its breathing. Another challenge involves leading the horse through a series of obstacles.

Tompkins describes one client who calms herself with the repetitive and contemplative act of brushing a horse. "She just decompresses," Tompkins said. 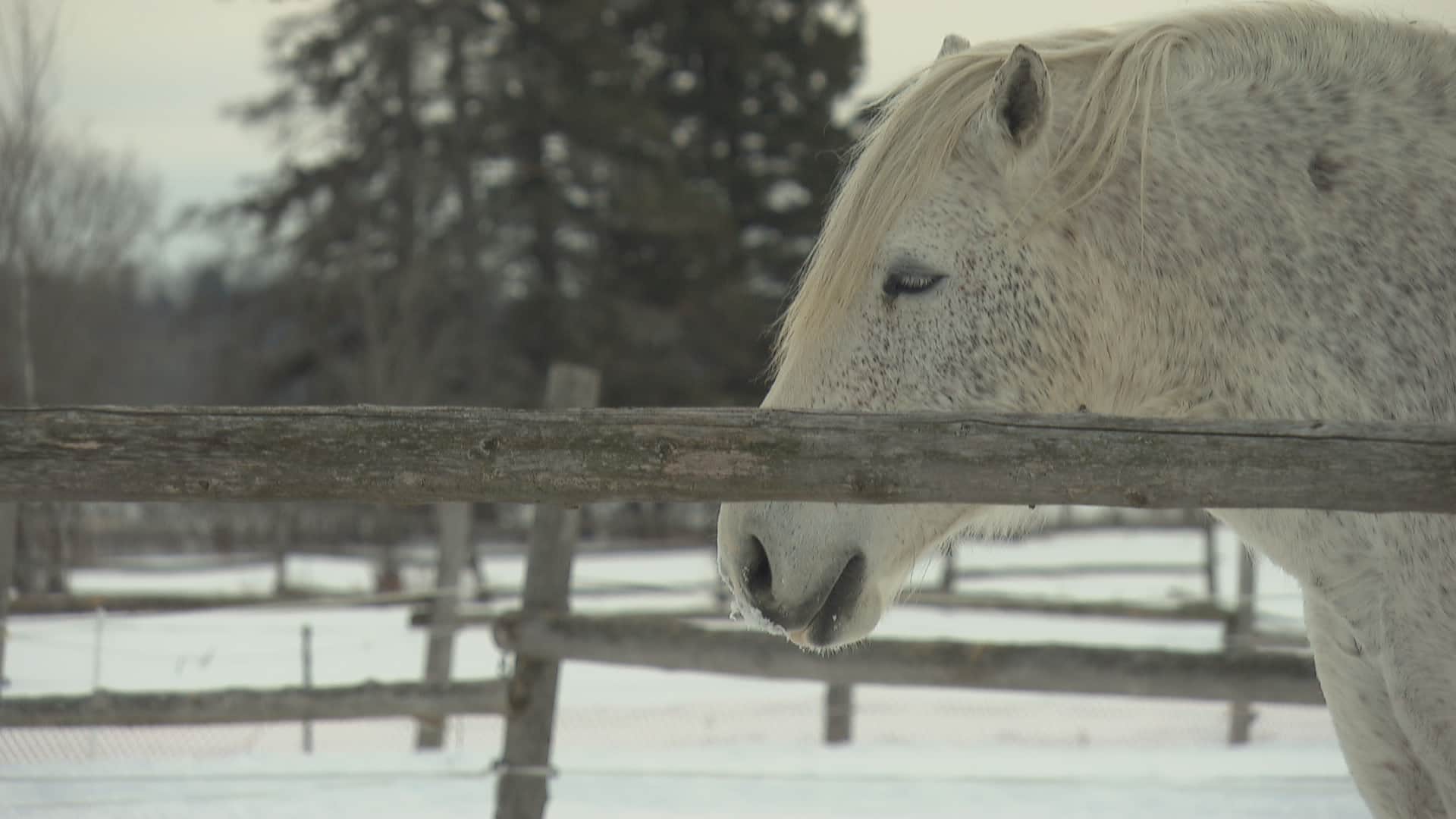 5 days ago
2:20
Kindred Farm Rescue in North Gower, Ont. has become a safe space for rescued horses and at-risk youth, offering a learning program for kids and teens who have experienced trauma or who are on the autism spectrum. 2:20

"I have a girl coming tonight who's been here three times this week. She's FASD and she's going through a hard time right now with COVID," said Tompkins.

"Horses live in the moment. They help the client become more relaxed. You start listening to their heart rate or to their pulse, which is slower than ours. If you start to take a breath with them, then everything slows," she said. "To have something so powerful be so kind and soft and gentle — who wouldn't feel it?"

In a warm corner of the stable, 14-year-old Gracie slowly brushes CeeLo. She started coming to the farm in March 2020.

"I was in a locked-down facility, so it really helped to come here," Gracie said.

She still remembers her first day on the farm. "I wasn't in a very good space or time in my life. I was nervous that people were going to judge me," she said. "I have a hard time opening up ...  about how I feel. [The horses] know what I'm feeling. I don't really have to speak to them. It's just a way to get things off my shoulders."

After a particularly difficult weekend, Gracie needed time with her assigned horse, Denzel. "I struggle with self-harm. He knew that I was struggling, and he nudged right at the arm, in the same spot where I had previously cut the night before."

Fourteen-year-old Maria was also matched with Denzel when she started coming to the farm in September 2019.

"He actually found me. We just connected. I just kind of knew that he was like a mirror of me," said Maria.

"I have trouble talking to people about my feelings, and he didn't want to talk to me," she said. "We worked it out in the end, but he was showing me that that's exactly what I'm doing, and it doesn't feel great."

Fifteen-year-old Alex arrives for a session with Nan, an old and gentle horse he sometimes calls Nanners.

Nan picked Alex during his herd walk "because I was special and different," said Alex. When he comes to the farm stressed or unhappy, he believes Nan picks up on that.

"A horse can feel the emotions," said Alex. "Sometimes she reaches out and nips me a little bit, and it feels like [she's saying], ''Alex, what's the matter? What's up?"

Alex may struggle to communicate with his peers, but he's able to articulate how Nan affects him. "I feel relaxed whenever I'm with Nan," he said. "I feel safe, and she feels safe with me."

Tanya Eichler, a psychotherapist who works with kids with FASD, believes equine-assisted learning can help traumatized children understand their feelings.

"Their brains become tuned to look for danger. They have a hard time understanding what's going on inside of them because they're always looking externally," said Eichler.

Eichler tells a story of one meeting where the team was discussing the relationship between Alex and Nan.

"There was a new person on the team … and that person asked, 'Why is Nan not on the meeting?' We had to explain it was a horse."