While fewer cars on the road during the daily commute might seem like one of the COVID-19 pandemic's silver linings, the environmental impact of working from home is complex than it appears.

Video calls and emails can produce a lot of carbon

While fewer cars on the road during the daily commute might seem like one of the COVID-19 pandemic's silver linings, the environmental impact of working from home is more complex than it immediately appears.

"Nothing around climate change is easy. You're going to have to compromise in certain areas. Not everything is a straightforward shot," said Melanie Johnston, director of energy programs at Ottawa-based non-profit EnviroCentre.

"But there are some simple things that you can do on a daily basis, for just yourself and your family, that will make an impact."

One big energy suck is a bit of technology that's seemingly everywhere during the pandemic: video calls.

"You can actually reduce the amount of carbon that you're emitting by not always having your video on during meetings," said Johnston.

Having fewer meetings or replacing them with a simple phone call also can reduce one's carbon footprint, she said.

"The other thing is emails," she added. "Emails consume a ton of carbon when you're sending them."

Emails are repeatedly scanned, stored and can live on a device forever — and that amounts to one message being equivalent to four grams of carbon dioxide emissions, Johnston said.

Longer chains with attachments can be equivalent to 50 grams, Johnston said. And according to some estimates, if 30 million Canadians were each to send 10 thank-you messages in a week, that amount of gratitude could be responsible for roughly 40 tonnes of emissions.

Options beyond the computer

Relying on natural light or LED light bulbs, keeping the thermostat low by wearing sweaters and turning off devices when the work day's done are other ways people can lessen their impact, Johnston said.

Flipping off the power bar is a way to not consume energy unnecessarily, while electronics can also be tailored to use less power, she added.

"I think you have more control [if] you're working from home, as opposed to if you're working in a large building where you don't have control over the systems," said Johnston. 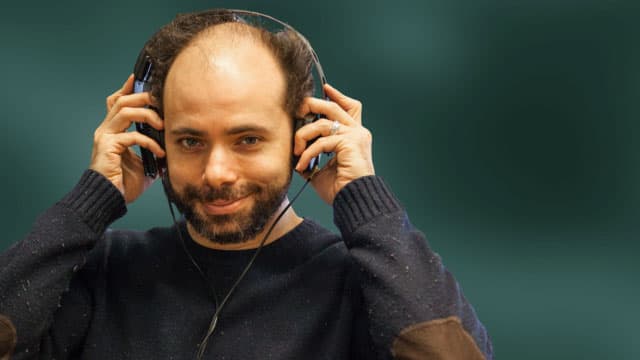 All in a Day7:26Why working from home isn't that environmentally friendly
We hear from Liam O'Brien, who isan Associate Professor in Architectural Conservation and Sustainability Engineering on how the current work from home scenerio isn't reducing our carbon footprint. 7:26

If you have to go out during your work day, EnviroCentre encourages people to take greener modes of transportation.