Some residents of a rural region west of Ottawa are so upset by a decision to close local fire halls they're threatening to break away and join a neighbouring township.

Some residents of a rural region west of Ottawa are so upset by a decision to close local fire halls they're threatening to break away and join a neighbouring township.

The long-simmering tension in the Township of Lanark Highlands reached a boil in August when the local council approved a plan to close three volunteer fire halls in the township's northern sector and replace them with a single station farther south. An exact location hasn't been finalized.

People living around White Lake say the reorganization will endanger their property — and even their lives — while adding 10 per cent to their annual property tax bill.

"This has been going on since amalgamation in the early 90s and we're ready to move on," said Sue Munro, president of the White Lake Property Owners Association (WLPOA).

Along with the fire hall in White Lake, stations in Middleville and Tatlock, Ont., would also close. Lanark Highlands has an agreement with the neighbouring town of Mississippi Mills, Ont., to provide fire service to White Lake, about 30 kilometres away.

Lanark Highlands is a diamond-shaped rural township of 1,000 square kilometres in Lanark County, roughly between Carleton Place and Calabogie, Ont. The majority of the township's 5,500 residents live in the southern portion, and administrative decisions — including the one to close fire stations — are made in the village of Lanark, about an hour's drive from White Lake.

"I think we're out of sight, out of mind," Munro said. "Many councillors have admitted they have never been up here."

"We are definitely not being listened to at council," added Susan Berlin, who said councillors never debated a consultant's recommendation to close the fire stations, and ignored feedback from residents, who fear it will take too long for first responders from Mississippi Mills to reach their area.

"Somebody is going to die," Berlin warned. 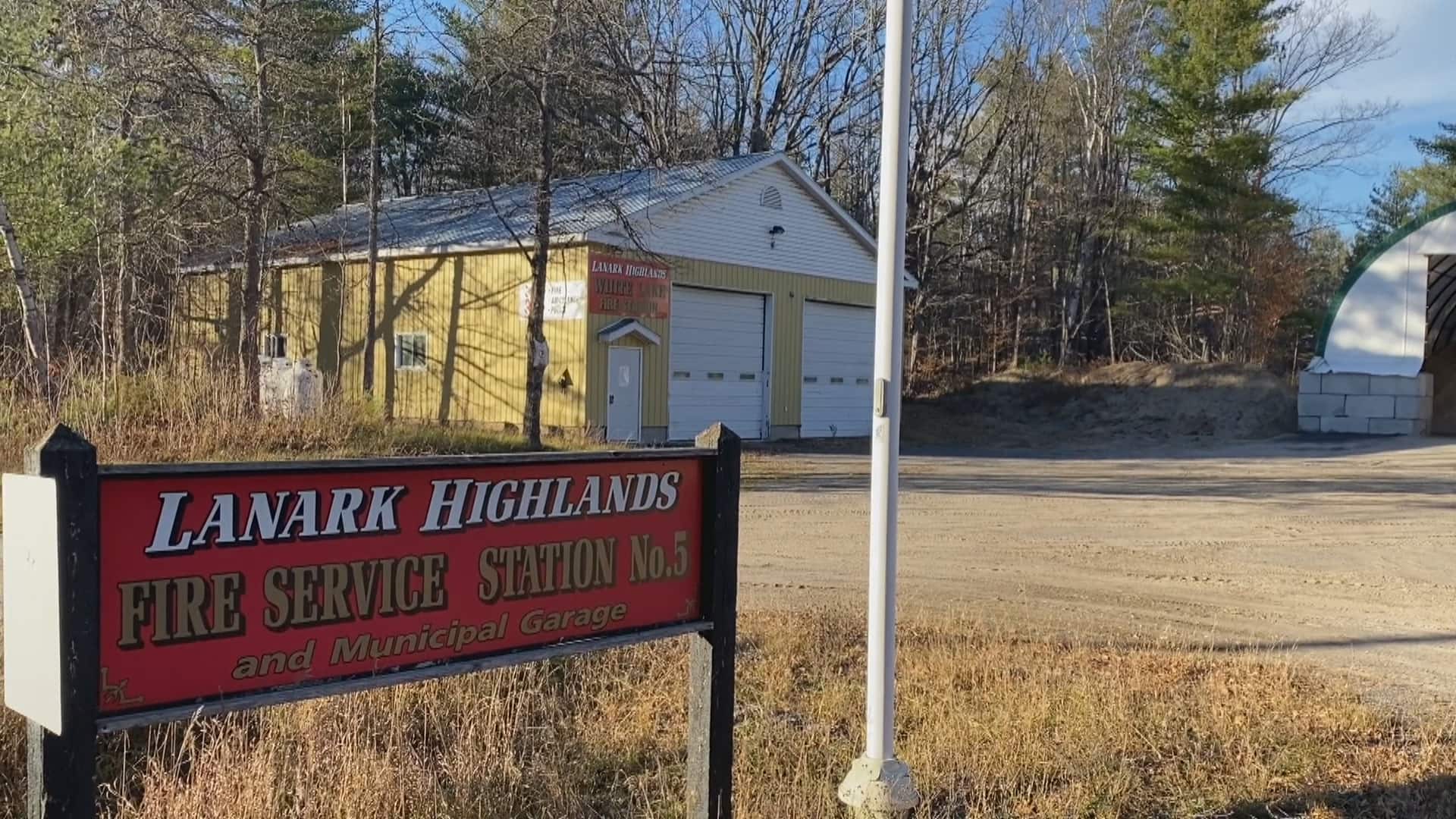 2 months agoVideo
1:10
Residents Pat Burnett, Nancy Veary and Clarie Martel say the closure of three volunteer fire halls has caused anger among some community members — and a sense of dissatisfaction with how the decision was made. 1:10

Angered by the decision to close the nearby fire hall, the WLPOA has proposed redrawing the township's borders to bring their area under the control of the Township of McNab/Braeside to the north. WLPOA members are considering withholding their property taxes, and instead paying them into a trust.

To pay for the proposed split, Dan White, a fourth-generation White Lake resident, began a crowd-sourced legal fund that's now halfway to its goal of $25,000.

"I'm really concerned. Sure, we don't get a lot of calls, but it's only going to take one," he said, adding residents are anticipating a dramatic increase in their insurance rates once the White Lake fire hall closes.

Adding insult to injury, at least two of the halls slated for closure, including Tatlock's, were built and funded by volunteers.

"We built it. For them to take it away is just beyond our understanding," said Nancy Veary, who belongs to a group called Lanark Highlands Committee for Concerned Citizens.

This week, the group printed 5,000 flyers condemning the plan and calling on residents to protest outside the township's administration office.

However the township's reeve, Peter McLaren, said the real problem is a shortage of volunteer firefighters of a suitable age to staff the remote stations.

"It's not closure, it's moving to a better location," McLaren said.