A self-driving shuttle is being put through its paces at Tunney's Pasture this week in what its backers are calling the first test of its kind in Ontario.

A self-driving shuttle is being put through its paces at Tunney's Pasture this week in what its backers are calling the first test of its kind in Ontario.

The low-speed, battery-powered shuttle, which resembles a miniature OC Transpo bus, has an operator on board to take over if needed, but it otherwise driverless.

The project is being overseen by Area X.O., a venture led by Invest Ottawa, in collaboration with a number of partners including Transport Canada, the City of Ottawa and Ontario's Ministry of Transportation. It's the first project of its kind to be approved under the Ontario Automated Vehicle Testing Program.

During the 10-day trial, the shuttle, an EZ10 model developed by EasyMile, will follow a 1.5-kilometre route with four stops on the Tunney's Pasture campus, including the LRT station. The trial is not open to the public due to COVID-19, so only employees from Tunney's Pasture and the groups involved in the project are allowed on board.

Generally, low-speed automated vehicles can travel up to 25 km/h along a pre-programmed route using sensors and software to detect obstacles.

This trial will determine how the shuttle operates in real road conditions, and will also look at other factors such as battery efficiency and accessibility. 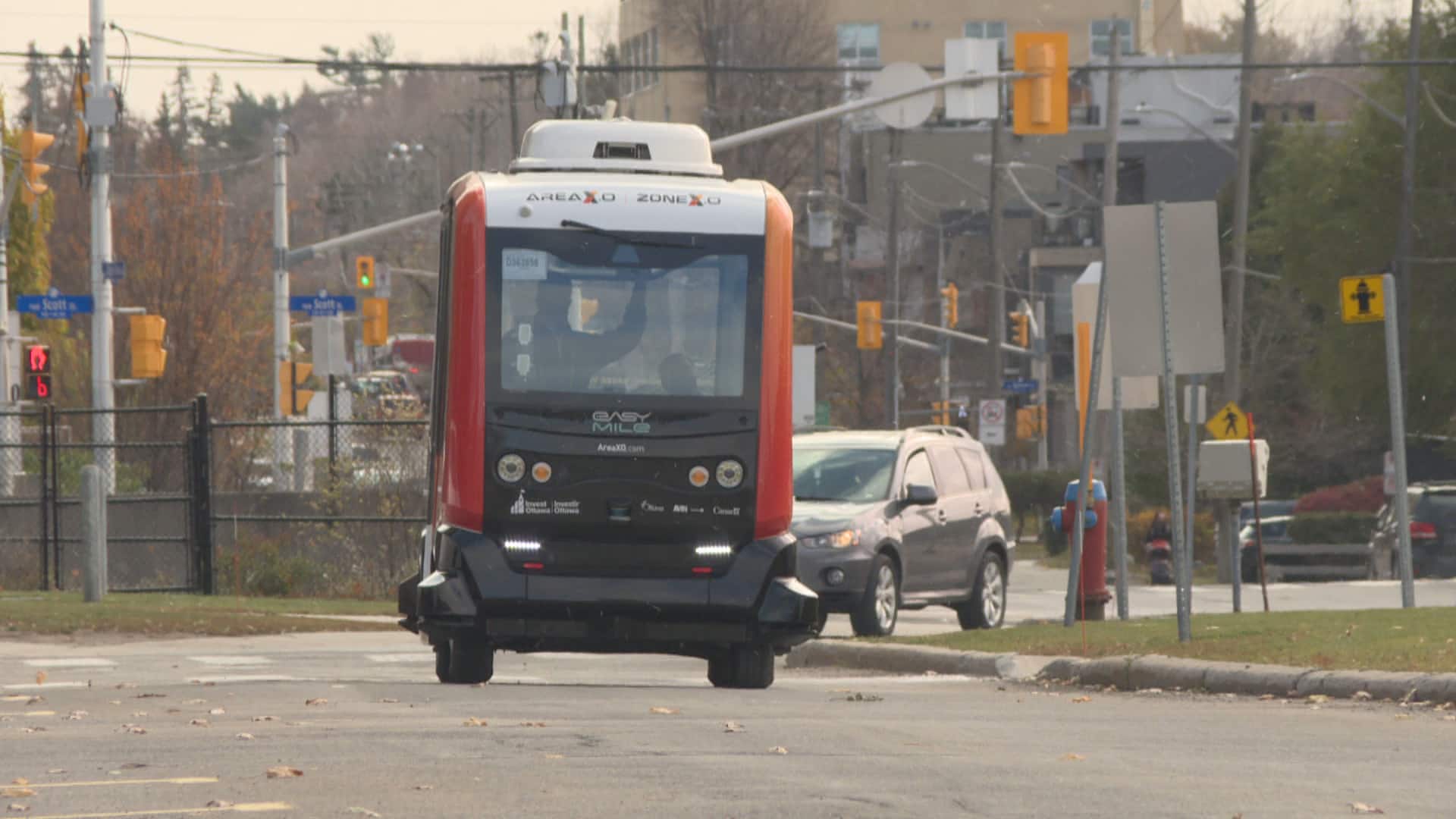 3 months agoVideo
0:39
The first on-road trial of a low-speed automated vehicle in Ontario launched Monday at Tunney's Pasture, aiming to monitor how the technology performs in real-world conditions. 0:39

"I know our EasyMile team were eager to check out Ottawa's weather. You got a pretty good taste of that this morning, so [we're] anxious to see how all this goes the next 10 days," Tremblay said Monday.

"To look further down the road the success will be that we have the data, we have the knowledge that we need to successfully deploy more of these pilots in Ontario, in Canada and do it in a safe and timely manner," he said.