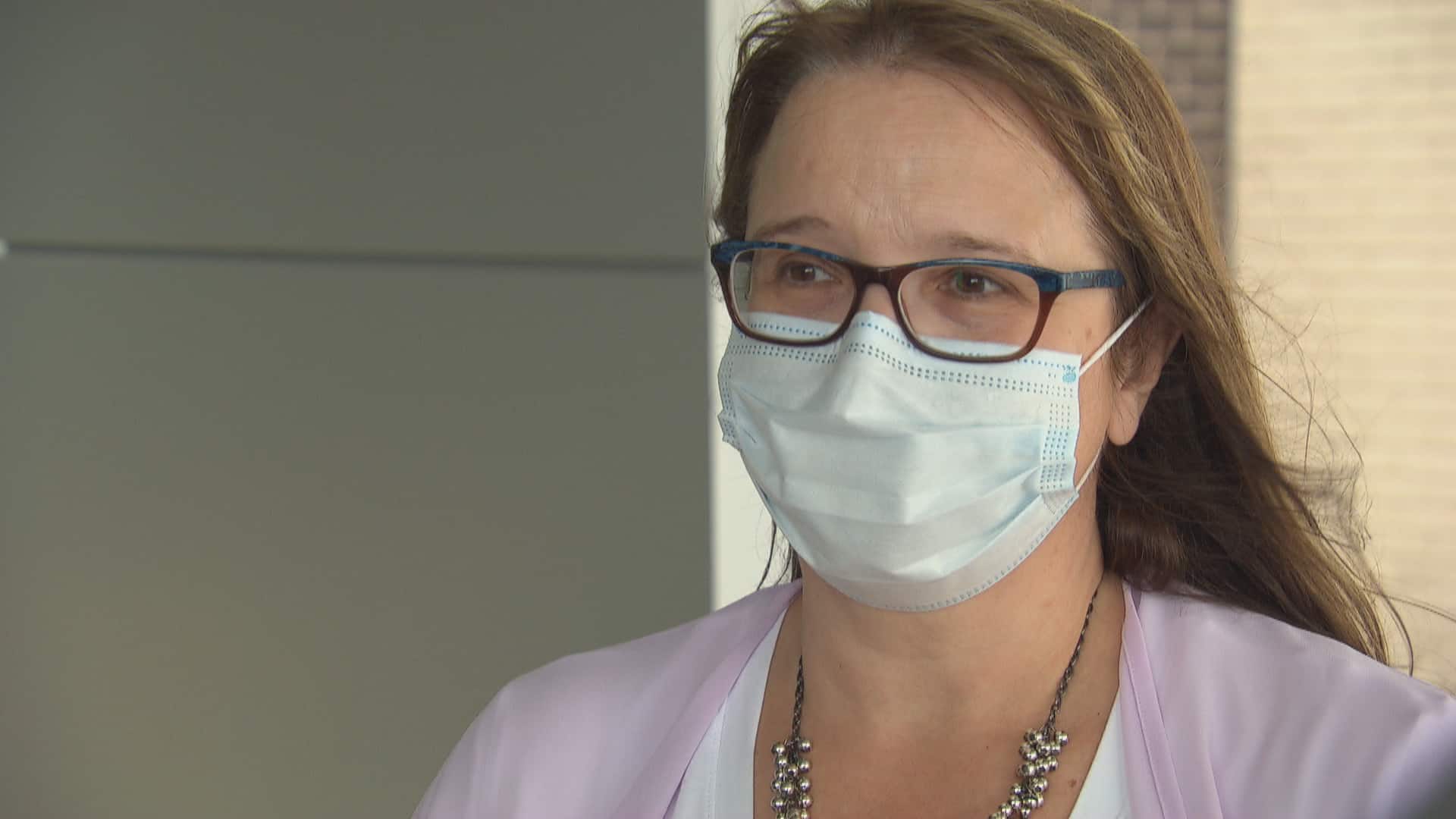 2 months ago
0:33
Sylvie Tremblay, director of education at the French-language public school board CEPEO, says having more nurses available to offer guidance on COVID-19 is reassuring to school principals and teachers. 0:33

As schools in Ottawa's French public and Catholic boards welcomed their first cohorts of children this week, a new team of public health nurses were on hand to greet them.

The hirings came after the Ontario government announced in August it would be funding 500 new nursing positions for the province's public health units, to help schools deal with the resumption of classes in the midst of the COVID-19 pandemic

"It's fantastic, they're all over our schools this morning," said Marie-France Paquette, superintendent of education for the Conseil des écoles catholiques du Centre-Est (CECCE), outside Horizon-Jeunesse Elementary School as children arrived Thursday morning.

"Parents have been happy to have their questions answered by a nurse."

Each OPH nurse is charged with handling between four and 10 schools.

Their boss, medical officer of health Dr. Vera Etches, toured Horizon-Jeunesse with the nurse assigned to that school, Catherine Lupien, after the school bell rang Thursday.

"This is what we wanted," said Etches. "The schools reopening, with protections in place."

The day before the reopening, Lupien said, she did a walkthrough with staff and teachers, making sure they'd implemented the guidelines — which include things like ensuring children sit far enough apart in class and know which washrooms to use.

Staff have a lot of questions, she said, and she's happy to respond.

"Sometimes they just want reassurance that they've come up with the right solutions to problems," said Lupien.

The nurses will also play a critical role if there's an outbreak of COVID-19 at one of their schools.

Whoever's assigned that school will be responsible for managing contact tracing and guiding administrators on decisions about whether a classroom should shut down, or — in the worst-case scenario — the whole school.

Each COVID-19 case or outbreak is different, said Lupien, and an outbreak will not necessarily lead to a school closure.

Still, that scenario is what keeps everyone up at night, said Sylvie Tremblay, director of education for the Conseil des écoles publiques de l'Est de l'Ontario (CEPEO).

"We now have a point of contact, [whom] school principals can go to and get answers very quickly," said Tremblay. "So that's very reassuring." 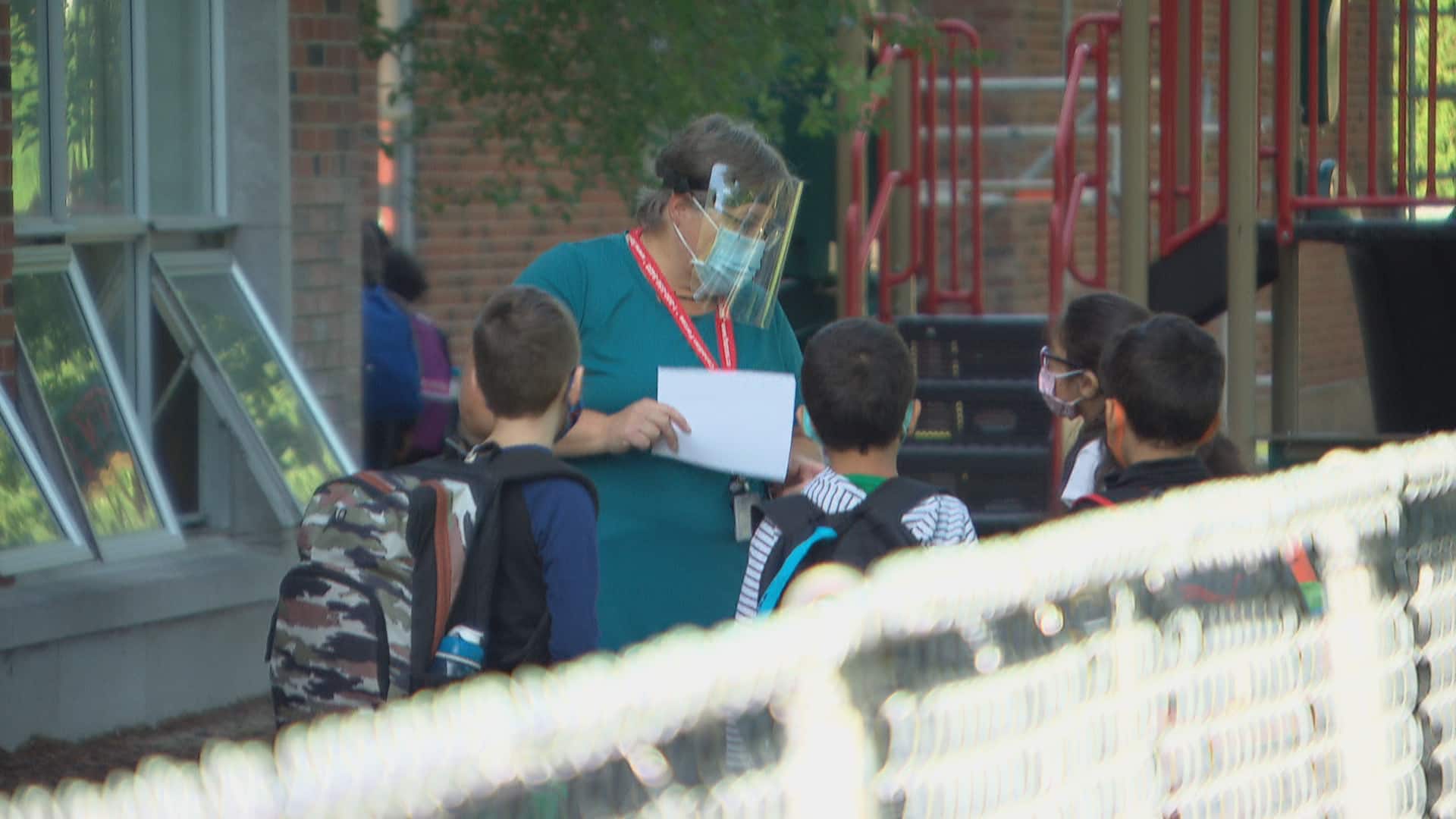 2 months ago
1:04
Vera Etches, medical officer of health, says public health officials are on the ground at Ottawa schools, offering guidance on how to prevent COVID-19 outbreaks as students return. 1:04

Public health officials have set targets on the maximum number of people who come into contact with each student: 50 for elementary students and 100 for high school students.

That means part of the nurse's role involves fostering an environment that limits those contacts, to both simplify contact tracing and control the spread of the disease if someone gets infected.

Lupien has already been working with one of the French Catholic board's elementary schools, Bernard-Grandmaître, which operates on a "balanced calendar" and opened two weeks ago.

She said it's become clear that a big part of her work is helping students get used to all the new routines.

The first few days, Lupien said, are taken up with students learning the signs in the hallways, as well as the rules around which yard they can play in and which bathroom to use — but they quickly figure it out.

Given they've gone months without seeing their friends, it's not surprising they're trying hard to make things work, Lupien said.

"Kids are really resilient," she said. "I think they're really willing to do this."