Ottawa's medical officer of health is pleading with residents to suspend their normal holiday routines this year, and that includes travelling to other cities to see friends and family.

This Christmas 'will be one like none other in our lives,' medical officer of health tells council

Ottawa's medical officer of health is pleading with residents to suspend their normal holiday routines this year, and that includes travelling to other cities to see friends and family.

"This holiday season, in 2020, will be one like none other in our lives," Dr. Vera Etches told Ottawa city council Wednesday. "We have to create new traditions, new approaches, which are based on limiting our celebrations in person to the people we live with."

That means limiting travel, especially to areas with higher rates of COVID-19, such as Toronto and Montreal.

While she acknowledged the important link between social interaction and mental health, Etches said even people who live alone should limit their contact to "one or two people outside your household, not two different people every day, moving around the province."

There were a few bright spots in Wednesday's update to council: For one, influenza transmission appears to be much lower this year than usual, with no outbreaks in the city.

"I really must highlight the measures people are using to control COVID ... and protecting against numerous respiratory viruses. So we do not have evidence of very much influenza in our community at all, almost none," said Etches.

Etches also told councillors that with positive news about a potential COVID-19 vaccine, she can finally see the light at the end of the tunnel. 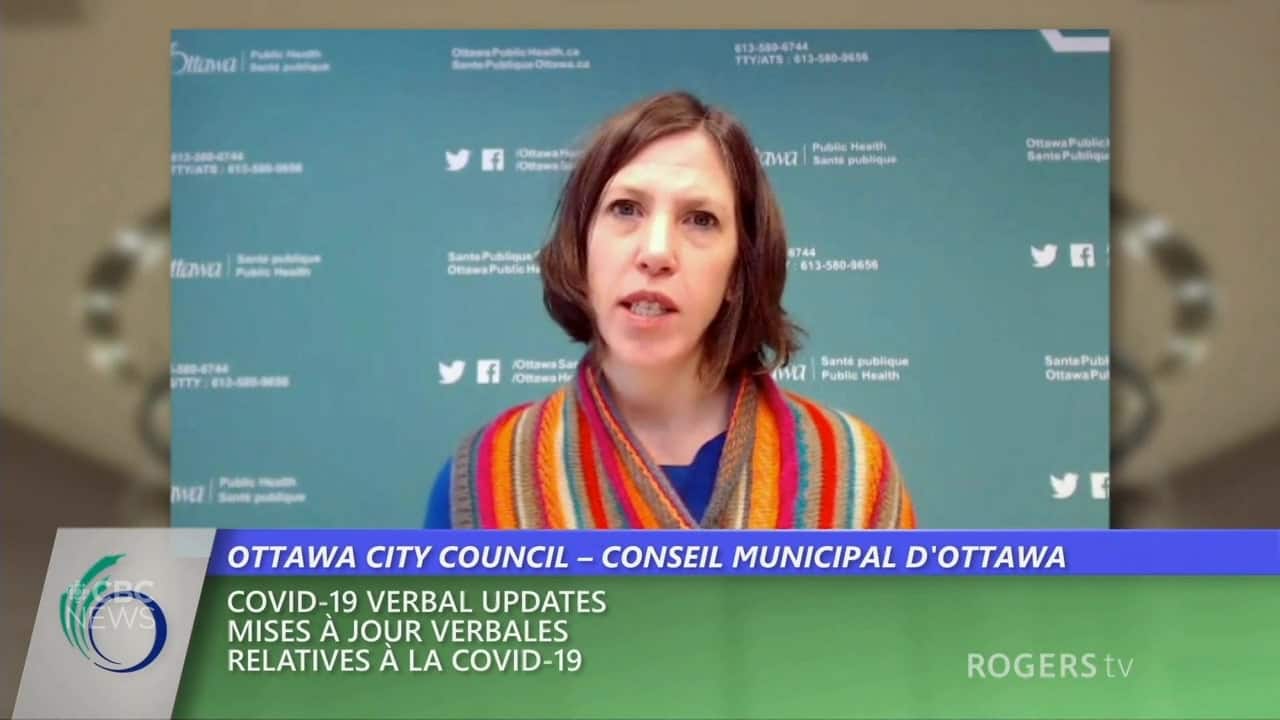 3 months ago
0:58
Dr. Vera Etches, Ottawa’s medical officer of health, says residents should avoid travelling for the holidays and limit in-person celebrations to include only those in their households. 0:58

The mayor has directed Anthony Di Monte, the city's general manager of emergency and protective services, to head up a vaccination task force so the city is ready.

When asked if he could give an estimate for when vaccines might arrive, however, Di Monte was blunt.

"The simple answer is no," he said. "Our role is to be able to have the infrastructure in place [to] be ready to put needles into arms.... So our focus is to get all of that up and ready."