A young Ottawa woman says she's shocked by Conservative MP Steven Fletcher's support for doctor-assisted suicide as the Supreme Court readies to hear a case on the issue from B.C. 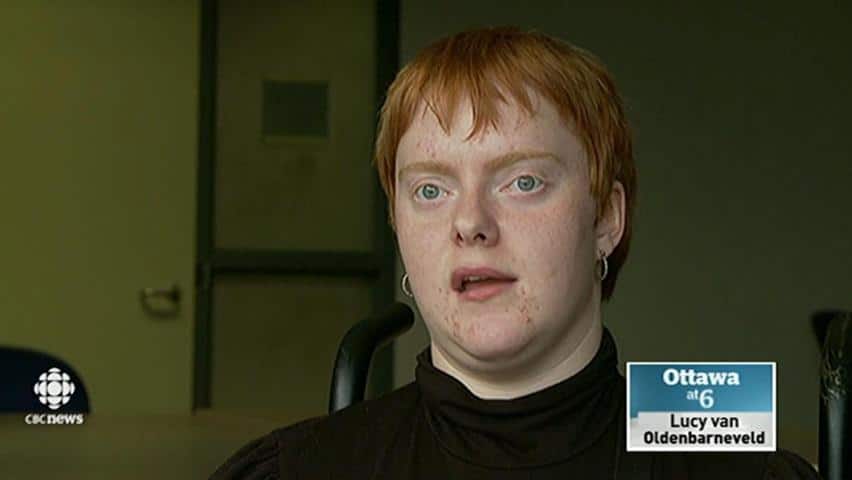 A young woman with cerebral palsy says she’s shocked and disappointed by MP Steven Fletcher’s support of physician-assisted suicide as the Supreme Court gets ready to hear an appeal from B.C. that challenges a ban for terminally ill Canadians.

The B.C. Civil Liberties Association, along with two women who have intractable and progressive diseases — Kay Carter and Gloria Taylor — have taken the case to Canada’s top court seeking to allow seriously and incurably ill, but mentally competent adults the right to receive medical assistance to hasten death under specific safeguards.

The hearing begins Wednesday, but last fall Fletcher took the issue a step further by introducing two private members’ bills that support physician-assisted suicide for all competent adults over the age of 18.

Fletcher, the first quadriplegic to serve in the House of Commons, said Bill C-581 seeks to amend the Criminal Code to allow any competent adult over the age of 18, who's a Canadian citizen or permanent resident, to seek physician-assisted death.

He said the second bill seeks to track information and statistics on physician-assisted suicide across Canada to help policy-makers.

In 1996, Fletcher was injured after he struck a moose while driving in northern Manitoba. He spent months in hospital receiving treatment and he became a quadriplegic. He calls the time after the crash "well-intentioned torture.”

But Fletcher added the government has let down people who survive serious incidents as life becomes more challenging.

"All too often we don’t provide the resources those individuals need to live meaningful and dignified lives. If society is going to force people to live, we need to step up and ensure they have the resources they need," Fletcher said.

Fletcher’s desire to improve access to physician-assisted suicide does not match the policies of groups such as the Council of Canadians with Disabilities. Fletcher’s stance also contradicts that of Taylor Hyatt, a 22-year-old student at Carleton University.

Hyatt, who is also a member of the Euthanasia Prevention Coalition, has cerebral palsy and uses a wheelchair. She worries pushing for physician-assisted suicide will affect society’s impression of people with disabilities, suggesting some will think people are "better off dead than disabled."

Hyatt said she there is a double standard when it comes to people with disabilities and physician-assisted suicide, and Fletcher’s bill would not help.

"It’s like you’re standing at the edge of a cliff … as an able-bodied person, the population will extend its hand to you to say, 'Here there’s help for you,'" Hyatt said. "I feel like for the disabled population, they’ll push you over."

Fletcher said his bill is meant for those later in life and not young people, but the age requirement of 18 upsets Hyatt, who added her opinion of Fletcher has changed.

"I always saw him as a very accomplished man who has managed to overcome a lot and make something of his life in spite of a tragedy that I can’t imagine. And so for him to turn around and say, there’s something inside of me that I need to start promoting this, I’m shocked," she said.

When asked about the end of his own life, Fletcher said he has a living will. He said if he loses his cognitive ability, the Winnipeg MP would tell his doctor to “walk away from the table,” adding that his mind is all he has left after the crash.

On Wednesday, reporter Steve Fischer looks at the dilemma for doctors whose patients approach them about considering physician-assisted suicide.