A Rockland, Ont., man says Ontario Disability Support Program rules are forcing him to choose between taking care of his daughter and being financially independent.

Jay Woodruff says he can either collect disability payments or keep caring for his daughter, but not both 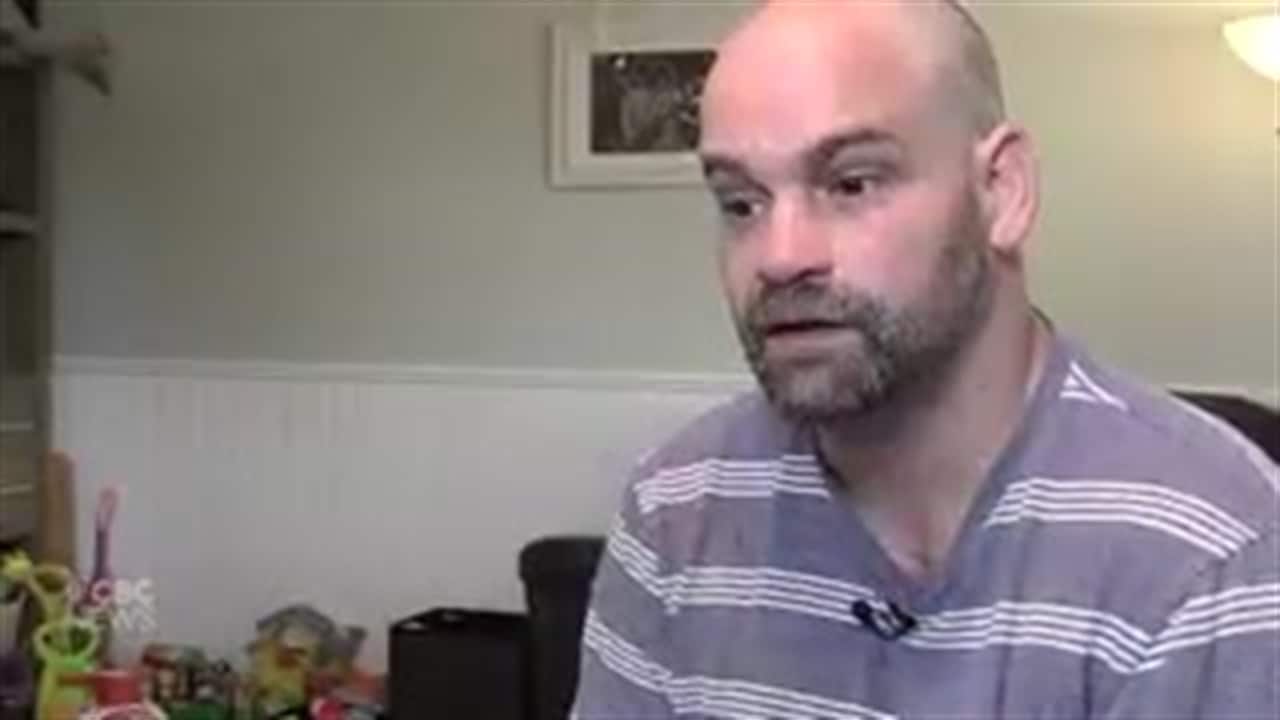 6 months ago
2:30
Jay Woodruff says the rules of the Ontario Disability Support Program have made it virtually impossible for him to become financially independent. The CBC’s Omar Dabaghi-Pacheco reports. 2:30

A Rockland, Ont., man says Ontario Disability Support Program (ODSP) rules are forcing him to choose between taking care of his daughter and being financially independent.

"I have to make an impossible decision that doesn't have a humane outcome at all," said Jay Woodruff.

Woodruff lives with rheumatoid arthritis, an autoimmune condition that causes severe pain in his joints. It's as debilitating as it is unpredictable, so he's unable to find regular work.

Until now, his partner had been covering his health-care costs and other expenses while he makes the one contribution he can: caring for their two-year-old daughter.

"I'm able to be her caregiver," Woodruff said. "That's the only contribution to our family that I can really do."

But the couple's recent decision to split up has put him in a difficult situation. Woodruff describes the breakup as amicable, but said his ex-partner has told him she'll no longer pay his way, except for his most basic necessities.

They had planned to divide their modest home into separate areas so Woodruff could continue in his role as live-in caregiver to their daughter while becoming financially independent by collecting disability support payments.

But Woodruff soon discovered that innovative arrangement would disqualify him from collecting ODSP.

Under ODSP rules, even though they're no longer romantically involved and his partner no longer supports him financially, Woodruff would still be considered her dependent simply because they share an address, a house they own together.

For Woodruff to become eligible, he was told they'd have to sell the home, split the assets and claim them as income. But Woodruff said that wouldn't leave enough money for them both to secure new places to live.

'Such a broken system'

With no income and no aid, Woodruff said he'd be forced into a shelter to wait for affordable housing, an option Woodruff said is "off the table" during the pandemic because he fears contracting COVID-19 and spreading it to his daughter.

"It's such a broken system that it creates what it's supposed to prevent," he said.

Disability advocates say they're not surprised. A group called ODSPoverty has been sounding alarm bells online about the mounting challenges facing Ontarians with disabilities who rely on ODSP to survive.

Watters said Woodruff's predicament reflects a systemic problem with ODSP policies, which can reduce payments or even disqualify recipients when they move in with a partner.

"We live in a society where you can't really live on one income," Watters said. "It's already hard enough to find someone to love when you're disabled, and then find someone who loves you back. But then you get sabotaged right from the start when it's like, 'If you fall in love with me, I'm going to cost you your livelihood,' essentially."

Watters said her own dreams of finding love have been hampered by her fear of losing her independence.

"It's the fear of losing my survival. It's choosing between love and my ability to have a home at all," she said. "I'd be giving up my wellbeing, or I'd be a burden to whoever I find."

The Ministry of Children, Community and Social Services did not provide CBC with an interview about the issue. In an emailed statement, a spokesperson pointed to funding for things like emergency shelters, food banks, charities and non-profits as one way the government is trying to help everyone in need.

"This support is assisting these organizations be prepared to respond quickly to local needs, and to protect and serve Ontario's most vulnerable populations, as well as assisting those individuals in need," reads the statement.

Omar Dabaghi-Pacheco likes to chase the people behind the stories. His pursuit of documentary storytelling has taken him across Canada and to remote areas in Africa. In his off time, you'll find him engaging in extreme sports around the globe. You can reach Omar at omar.dabaghi-pacheco@cbc.ca.