Ottawa police are investigating a homicide after a man in his early 20s was found dead in the city's Mechanicsville neighbourhood early Monday morning.

Ottawa police are investigating a homicide after a man in his early 20s was found dead in the city's Mechanicsville neighbourhood early Monday morning.

Officers were called at 3:42 a.m. about "possible shots fired" on Carruthers Avenue just north of Scott Street, Ottawa police said. The area is next to the Transitway.

Police are not confirming the cause of the man's death, and said they're waiting to notify relatives before identifying him.

The major crime unit is investigating.

Yellow caution tape blocked a back alley behind Carruthers Avenue, where it appeared police had set up a white tent behind some homes. 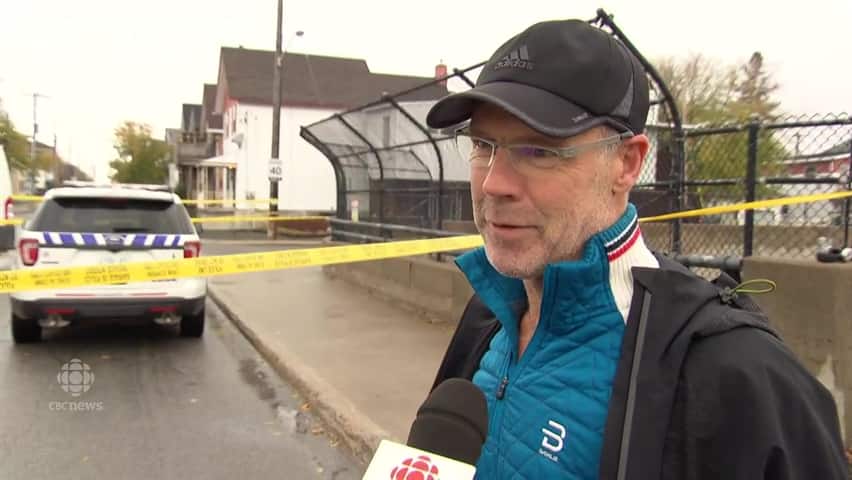 2 years ago
0:31
People living in Ottawa's Mechanicsville neighbourhood were startled by gunshots early Monday morning. Police say a man in his 20s was killed on Carruthers Avenue. 0:31

A nearby resident told CBC he heard what sounded like gunshots and speeding vehicles around the time of the shooting.

"I was very worried when I understood what happened because the school bus is just a couple of blocks away. And I'm worried for my children, for my parents, for elderly people who live here, for everybody," she said.

Another woman who said she lives two blocks from where the incident happened called it "terrifying," and said she's concerned for the safety of her child, who often plays nearby.

Not everyone was so concerned, however. Steve Parkin lives in the area and said he heard what he believed to be 10 to 12 gunshots.

"It doesn't worry me. You know, this could happen anywhere. It could happen in the ritziest neighbourhoods in Toronto," he said.

with files from Krystalle Ramlakhan