David Dubois, 19, is facing a charge of second-degree murder in connection to the April 14 stabbing death of 18-year-old Connor Stevenson. 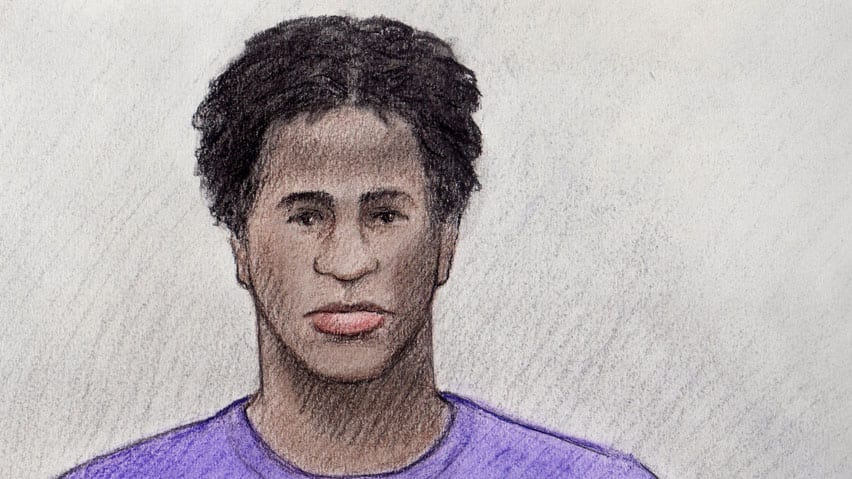 A 19-year-old Ottawa man has been charged with second-degree murder in the stabbing death of 18-year-old Connor Stevenson.

David Dubois, 19, was arrested without incident on Thursday evening at his east Ottawa home. He was later charged in connection with the April 14 incident.

Dubois, who had no previous criminal record, appeared in court briefly on Friday and was ordered not to communicate with a list of more than 50 people.﻿

He is scheduled to appear in court again on May 7.

At Friday's court appearance, the mother of Connor Stevenson, Laurie Beaudoin, stood up to get a better look at Dubois. She was then asked to sit down by the presiding judge.

"I don't have hate in my heart, I never did, but it's that pretty hard not to hate somebody who killed your only boy," she said before Dubois appeared in court. "It was senseless, it was wrong."

'I will not be giving this person a moment of my energy,' father says

Stevenson died after he was stabbed in the stairwell of an apartment building on Jasmine Crescent, police said.

Hundreds of people gathered Thursday inside the Rothwell United Church to say goodbye to the teen, including his father, Scott Stevenson.

On Friday, Scott Stevenson issued a statement saying he wouldn't show up to court.

"I will not be giving this person a moment of my energy or thoughts. I will be cherishing my son's memory and life as I have been doing. He is in my heart today as he's always been," Scott Stevenson wrote.

"I will let the police and the legal system do their jobs. There is a long road ahead and there will be painful days. I will not let anyone detract from remembering Connor. That day will come in time."

Earlier this month, police released photos of a man and woman seen on surveillance video who they say may have had important information about the case.