Const. Daniel Montsion not guilty in death of Abdirahman Abdi

Ottawa police Const. Daniel Montsion has been found not guilty of manslaughter, aggravated assault and assault with a weapon for the 2016 death of Abdirahman Abdi.

Ottawa police Const. Daniel Montsion has been found not guilty of manslaughter, aggravated assault and assault with a weapon in connection with the 2016 death of Abdirahman Abdi.

Abdi, a 37-year-old Black man, died following a confrontation with Ottawa police on July 24, 2016. Montsion had pleaded not guilty to all charges.

Justice Robert Kelly said Tuesday the Crown did not prove beyond a reasonable doubt that Montsion's actions caused Abdi's death.

Kelly also said he was not convinced that Montsion used force that was a substantial departure from what a reasonable police officer would do, or that it went beyond what's justified in the Criminal Code.

In the justice's written decision, Kelly said Montsion's use of force was justified given the information he had about the call as he drove to the scene in response to a request for back up.

Kelly's decision considered police communication records about a man who was evading the police officer on the scene, had resisted attempts at restraint and fled.

The initial call was about an altercation outside at a Hintonburg coffee shop and a man who had reportedly grabbed women.

Kelly said the radio communication would have given Montsion a sense of an escalating situation before he arrived at 55 Hilda St., where his part of the confrontation with Abdi took place.

"I can infer, however, that as he arrived on scene and stepped into the action in the alcove, Const. Montsion knew the interaction was dynamic and physical: his fellow officer had his ASP [baton] drawn was engaging with the subject with commands and blows. This was obvious," Kelly wrote.

Kelly also wrote that police radio communication had raised the issue of some kind of mental health dimension to the arrest.

Kelly said Montsion's actions suggested he was trying to assist his fellow officer in an arrest, according to testimony from a police training expert.

He said evidence suggested Montsion was assessing his use of force and adjusting to the situation during their struggle on the ground. Kelly said Montsion tried to use blows to Abdi's thighs to distract him, then tried to handcuff him before punching him in the head.

Kelly said he was left with a reasonable doubt about Abdi's injuries and how they were linked to his cause of death.

The decision considered evidence and testimony from Ottawa's chief pathologist and an expert witness on blood splatter to conclude that it was not clear beyond a reasonable doubt that Montsion's punches had caused the nasal fractures, as the Crown had argued.

It is possible that those injuries came when the primary responding officer wrestled Abdi to the ground, Kelly wrote in his decision.

Kelly said there was reasonable doubt that Montsion caused Abdi's death, given his complex health condition, and that the exertion of the altercation at the coffee shop and subsequent police pursuit may have triggered his fatal cardiac arrest.

The Ontario Court of Justice trial began in 2019 after the officer had waived his Jordan rights to a more timely trial. It lasted more than 70 days at the Ottawa Courthouse and was also delayed by the COVID-19 pandemic.

Kelly heard from 21 witnesses and received submissions of video evidence of the final moments of Abdi's confrontation with police on the front steps of his Hintonburg apartment building, just west of downtown Ottawa.

Montsion had been called to the scene as backup when another officer, Const. Dave Weir, attempted to arrest Abdi at a nearby coffee shop after reports he was assaulting women.

Abdi ran away and Weir pursued him down the street, using pepper spray and striking him with his baton.

Montsion arrived at the scene and, in the ensuing melee, punched Abdi several times in the head while wearing reinforced or "plated" gloves.

Arguments over force, cause of death

The Crown's lawyers argued Montsion used excessive force and showed "wanton or reckless disregard" for Abdi's life and safety because he began to punch him moments after arriving on the scene.

The defence raised questions about whether the blows Abdi sustained to his head caused his death, which was described as "homicide by heart attack."

Dr. Christopher Milroy, Ottawa's chief pathologist, acknowledged during cross-examination by the defence that it would be difficult to separate the effects of Weir's baton blows and pepper spray from the effects of Montsion's punches.

Weir, the other police officer, testified he felt Abdi possessed "superhuman strength" during the interaction. He credited Montsion with "saving his life."

However, the Crown called that testimony "embellished and exaggerated," raising instead the testimony of other witnesses and surveillance video.

The Crown did concede that Abdi's behaviour prior to his arrest was "assaultive" and he wasn't taking the medication prescribed to him for a mental health issue.

While they said that justified his arrest, they argued Abdi wasn't malicious, violent or dangerous that day.

The assault with a weapon charge comes down to the reinforced gloves Montsion was wearing.

The Crown argued that the gloves were a "weapon of opportunity," not designed as weapons but used as such.

The defence contended the gloves were a protective part of Montsion's uniform. The Crown also conceded they were purchased by Montsion's supervisor.

Abdi's death has drawn national attention and led to the formation of the Justice for Abdirahman coalition, which has pushed for changes to the policing and justice systems in Ottawa and Ontario.

Minutes after the decision , Montsion's defence lawyers Michael Edelson and Solomon Friedman spoke to the media outside the Ottawa courthouse entrance on Elgin Street.

"He's obviously feeling very relieved after four years of litigation and looking forward to getting back to work," said Edelson. "We anticipate he'll be going back to work." 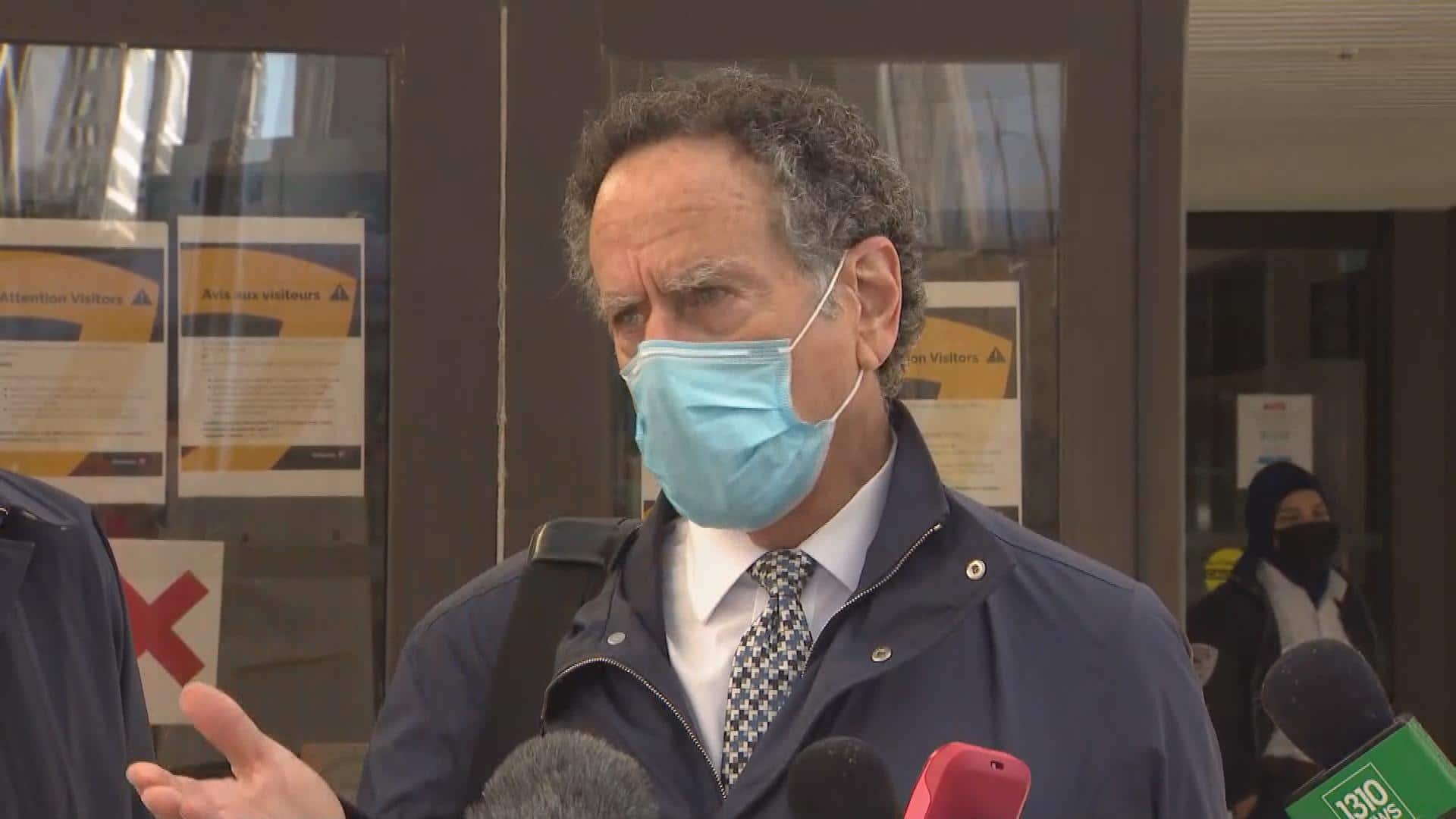 3 months agoVideo
0:42
There was 'no brutal beating' of Abdirahman Abdi, and a nose fracture was the only serious injury Abdi suffered, said Michael Edelson, a defence lawyer for Ottawa police Const. Daniel Montsion, who was found not guilty Tuesday in Abdi's 2016 death.  0:42

"It was definitely a complex case, and it was a challenging case," said Friedman.

Ottawa Police Association president Matt Skof expressed sympathy for Abdi's death in a statement and asked officers to stand together with Montsion.

Jama Abdi, Abdirahram's brother, was in the courtroom. He declined to comment to reporters and instead asked family lawyer Lawrence Greenspon to speak on the family's behalf.

"The family is devastated by the decision," said Greenspon, nodding to them coming to Canada from Somalia years before Abdi's death.

"Abdirahman Abdi came from a country of civil war. He came to this country seeking freedom and safety. Before July 26, 2016, he had never had a scratch on his body." 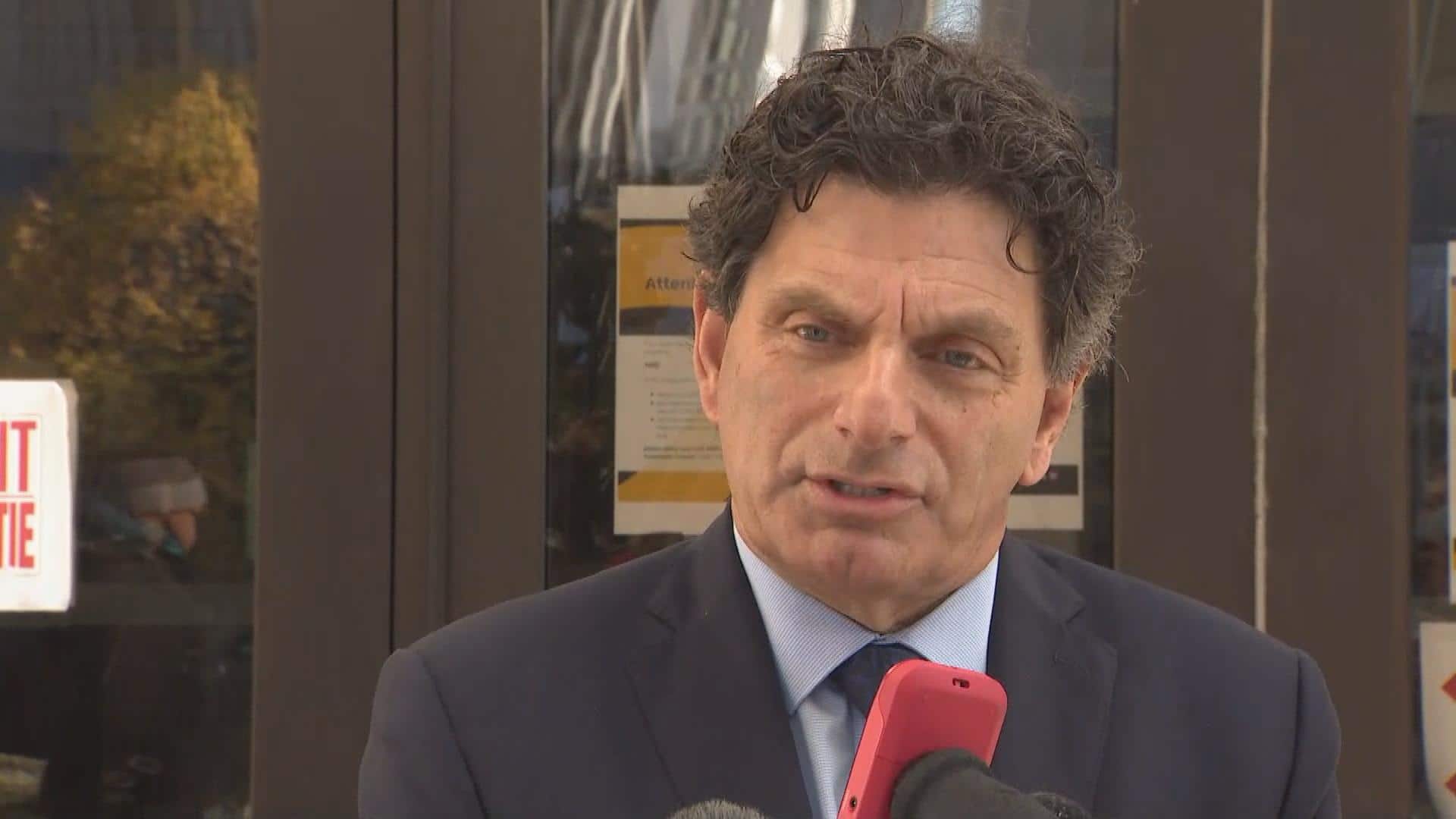 3 months agoVideo
0:36
Abdirahman Abdi's family is 'truly devastated' by the not guilty verdict in the criminal trial of an Ottawa police officer and are also pursuing the case in a civil lawsuit, says the family's lawyer, Lawrence Greenspon. 0:36

Greenspon is representing the family in a $1.5M lawsuit against the Ottawa Police Services Board, former Ottawa police chief Charles Bordeleau, and constables Montsion and Weir.

"The family did not expect that the criminal justice system would be the way to resolve these systemic problems, including the challenges of dealing with those people who have mental health issues," said Greenspon.

"I have assured them that this is far from the end of our fight on behalf of the family. That civil action, of course, is not going to be determined on the same standard as the criminal decision."

Coun. Jeff Leiper, whose Kitchissippi ward includes the neighbourhood where Abdi lived, wrote on Twitter Tuesday that he was sorry to Abdi's family and community.

"Today's judgment is an indictment of our city and country," he tweeted.

With files from Matthew Kupfer and Giacomo Panico