In 1985, Daniel Alfredsson's team finished third in the under-14 Gothenburg Cup. Thirty-five years later, the Ottawa Senators legend will be coaching a local team at the annual Swedish hockey tournament.

Kalen Humphries might have grown up with a poster of Daniel Alfredsson on his bedroom wall, but the 13-year-old certainly never thought he'd end up sharing a locker room with the Ottawa Senators legend.

But these days, that's the reality for Humphries and the rest of the Ottawa Sting Bantam AA hockey club.

Alfredsson, who wore the Sens jersey for 17 seasons before retiring in 2014, is the minor hockey team's head coach. His son Loui is the team captain.

And in just a few days, they'll all be heading to Alfredsson's native Sweden to play in a tournament the potential NHL hall-of-famer nearly won himself as a 13-year-old.

"I'm still trying to process this information," said Humphries in a recent French-language interview with Radio-Canada.

"I'm getting used to it, but at first I had to convince myself that he was really my coach." 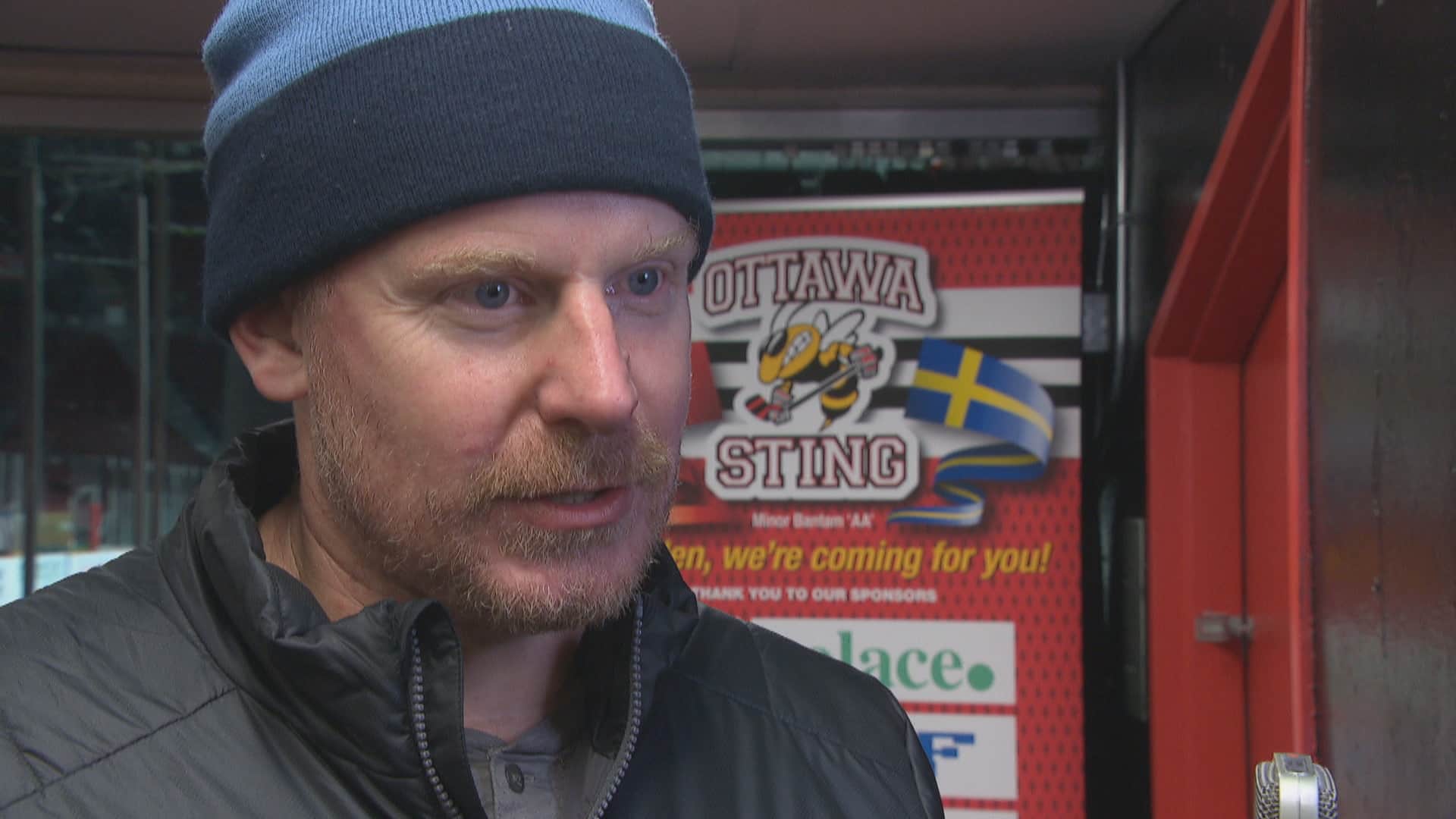 12 months agoVideo
1:07
More than 30 years after he played in the tournament himself, Daniel Alfredsson is headed back to the under-14 Gothenburg Cup — this time as a coach for the Ottawa Sting. 1:07

'See where we measure up'

Early in the new year, the Sting will be hitting the ice in Alfredsson's hometown for the 40th edition Gothenburg Cup.

They'll be the only Canadian team in the under–14 tournament, playing against squads from Sweden, the Czech Republic, Finland and elsewhere in Europe.

They'll also get the chance to become intimately familiar with their competition, as they'll be spending three days training with a Swedish team on the island of Ljusterö and billeting with the players' families.

"When I became the coach of this team, I said it would be really fun if we could make this happen," said Alfredsson, who took the reins at the start of the season.

"I think it will be a great experience for them, going to Sweden and playing European teams. It's a little different hockey, I think a little more skill-based ... it's going to be really fun to see where we measure up against the Swedish teams."

The Sting are slated to play 11 games in four days, starting Jan. 2. The competition has 64 teams — twice as many as when Alfredsson's team came out of nowhere to finish third back in 1985.

"I don't know if there's any different rules in Europe, so [we've just] got to get used to that if there is, said Graydon Laughlin, who plays centre for the Sting.

Alfredsson, who'll also be inducted into the Swedish Hockey Hall of Fame on the trip, said he has two hopes for his players: first, that they can adjust to the jet lag, and once they do, that they play their best.

"They work really hard. They're driven. They're pushing each other," he said. "They work hard in practice and try to make each other better, which is fun as a coach."

With files from Kim Vallière