An Orleans woman is warning dog owners after she said her dog was nearly killed Tuesday evening by a coyote. 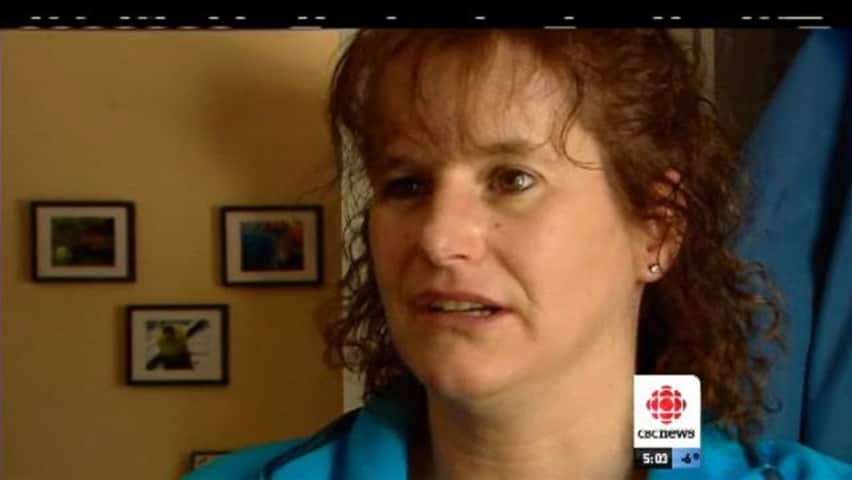 An Orleans woman is warning dog owners after she said her dog was nearly killed Tuesday evening by a coyote.

Jennifer Steers said she and her dog Spike, a terrier mix, were out for a walk by the river at about 4:40 p.m. when she saw a coyote on the ice.

To her shock, the animal ran in their direction, grabbed her dog by the neck and ran off with him.

"I'm screaming trying to chase him," said Steers. "I had to get my dog back. He's going to kill my dog."

Steers said she searched for her pet for hours and once it got dark searched again by flashlight.

A neighbour found the dog on Steers' doorstep five hours later — bleeding, hypothermic and with 10 puncture wounds around its neck.

'I couldn't believe he was alive'

The dog spent a day and a half at Alta Vista Animal Hospital.

"I was sobbing, absolutely sobbing," said Steers. "I couldn't believe he was alive."

Ministry of Natural Resources cautions people who see a coyote to not approach or run away from the animals. Instead, they advise backing up slowly.

People should also stand tall, wave their arms and make noise. The ministry also advises people to always carry a flashlight when walking at night.

Councillor Bob Monette said he urges dog-walkers to follow the rules and keep their dogs on a leash.

"If your dog is on a leash you have a quicker chance to pick up your dog and be assertive if you see a coyote," said Monette.