Ottawa's medical officer of health is on the verge of escalating the status of COVID-19 in the community to the highest warning level due to a steady increase in positive cases. 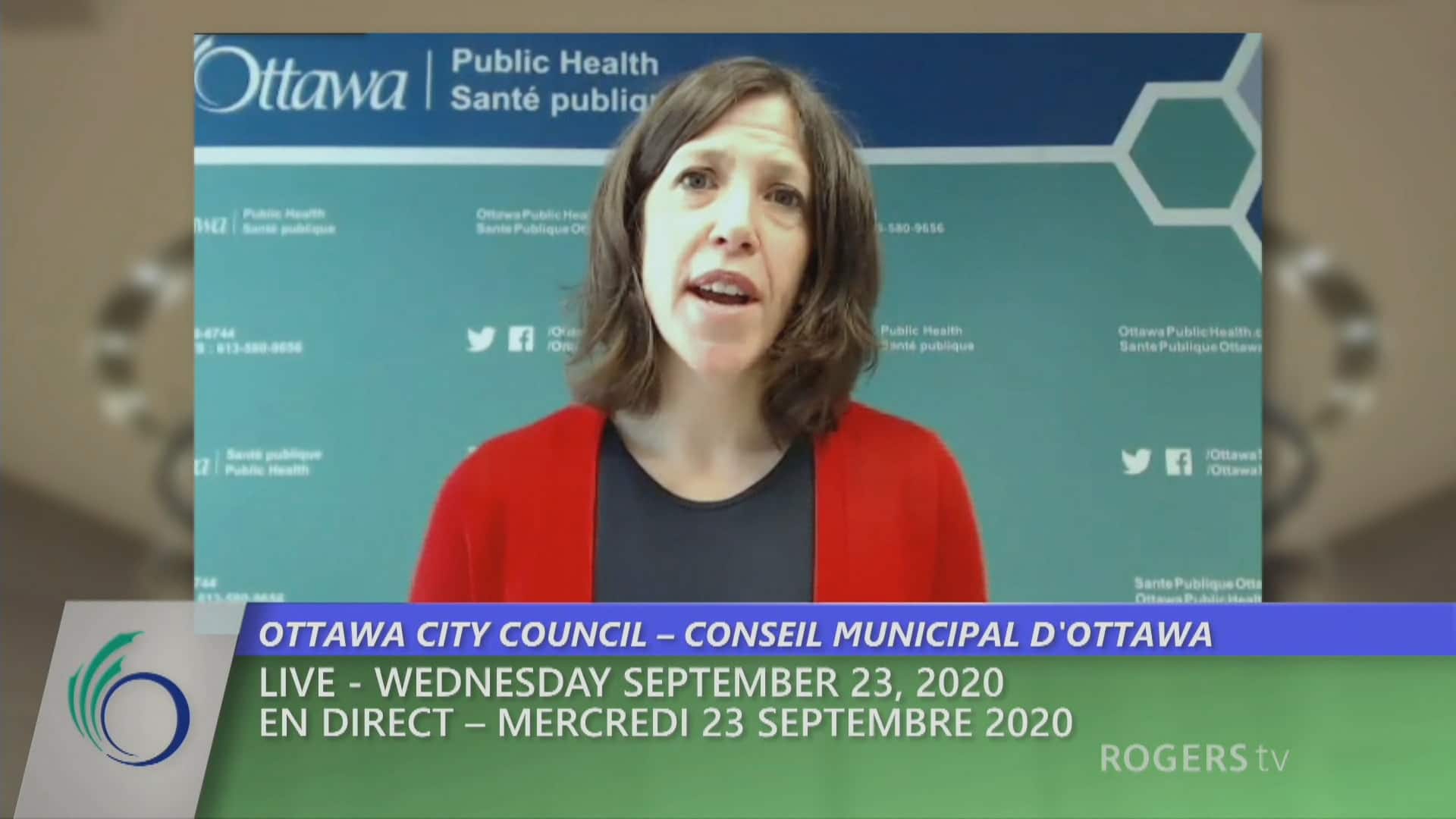 2 months agoVideo
1:11
Vera Etches, Ottawa’s medical officer of health, told council Wednesday that the only reason the city has so far avoided an escalated alert level is that hospitalizations are still stable. 1:11

Ottawa's medical officer of health is on the verge of escalating the status of COVID-19 in the community to the highest warning level due to a steady increase in positive cases.

Ottawa Public Health (OPH) has a colour-coded system to indicate the status of coronavirus in the community. For many weeks, the city has been in the "orange" phase, which indicates a decrease in spread and few outbreaks.

But as positive cases have increased in recent weeks — including a record 93 new cases reported on Tuesday — a deadly outbreak at a west-end long-term care facility and positive cases at four dozen local schools, Etches told council she's close to escalating the city's COVID-19 status to red, which signals increasing spread, outbreaks and limited hospital capacity.

However, Etches said hospitalizations have stayed stable, at least for now, which is why she's currently hesitating to move Ottawa into code red.

"The people who are testing positive are younger on the whole, so we're not seeing the more serious complications that lead to hospitalizations," she said. "The problem is that when there's so much in the community, it can escalate into the populations with more vulnerability."

Etches added that the higher number of cases means it's getting into schools, causing major disruptions.

As well, there is a one-to-two week lag between a spike in confirmed cases and the point at which people get sick enough to require serious medical care.

OPH is now reporting one more death at the West End Villa long-term care home for a total of 11, matching the number reported by the home earlier this week.

Thirteen patients are currently being treated for COVID-19 in Ottawa hospitals, including three in intensive care, slightly higher than Tuesday but within the range of hospitalizations the city has seen over the last four weeks.

Four Ottawa schools now have a COVID-19 outbreak, which is declared when OPH suspects the virus was transmitted during a school activity.

The latest is École élémentaire publique Gabrielle-Roy, where the school board says three students have tested positive.