Changes in the air as pandemic's 2nd wave takes hold

As the pandemic's second wave comes crashing down and COVID-19 numbers remain stubbornly similar to those last seen in the spring, CBC Ottawa is checking in once again with a doctor, a nurse and a paramedic to take the pulse and see if anything feels different this time around.

We check back in with a doctor, a nurse and a paramedic to see what's different this time around

For front-line health-care workers in Ottawa, it's like déjà vu all over again.

As the pandemic's second wave comes crashing down and COVID-19 numbers remain stubbornly similar to those last seen in the spring, CBC Ottawa is checking in once again with a doctor, a nurse and a paramedic to take the pulse and see if anything feels different this time around.

"I made a point to try to remember, because I feel like this is going to be a story to tell years from now," said Schryer, a registered nurse in the emergency department at Ottawa's Queensway Carleton Hospital (QCH). "Everybody was really nervous.... We were preparing for the worst."

Largely, it was a fear of the unknown, she said.

"We saw so many people … that we thought were healthy folks, and then there they were in the ICU. I didn't know if that was going to be me."

We are in a scientific experiment. We are learning as we go.- Chanelle Schryer, nurse

Schryer said she's since become much more pragmatic. "Now, there's just a sense of, let's get another shift done."

In the spring, ER patients at QCH were screened into either red or green zones based on their COVID-19 risk. Now, it's blue or green.

"People were frightened that they were marked red. Red seem to be the colour of just absolute panic, and so management decided blue was less panicky," said Schryer.

She has finally become inured to wearing a mask. "[In the spring] I would have no skin at the back of my ear. It would just be blood," she said. "Maybe I've built calluses behind my ears."

But there's a downside: like many front-line workers who are masked all day, the 28-year-old has developed what they call "maskne."

"I have never been so pimply since I've been a teenager. Mind you, when I'm wearing my mask, no one can see it."

But Schryer has noticed a more serious change, especially as patients are screened and triaged as they arrive at the ER.

"People are getting, unfortunately, quite aggressive," said Schryer. "We've had to call security more times than I'd like to admit.

"People are tired. They think that we're the ones that are … blowing [COVID-19] out of proportion, and they get angry," she said. "We've had people throw themselves to the ground, bash their heads against the windows toward us [and] people trying to spit at us. It's been emotionally draining.

"We are in a scientific experiment. We are learning as we go," said Schryer. "But to people who don't understand that — that's terrifying."

WATCH | The mood in one Ottawa ER: 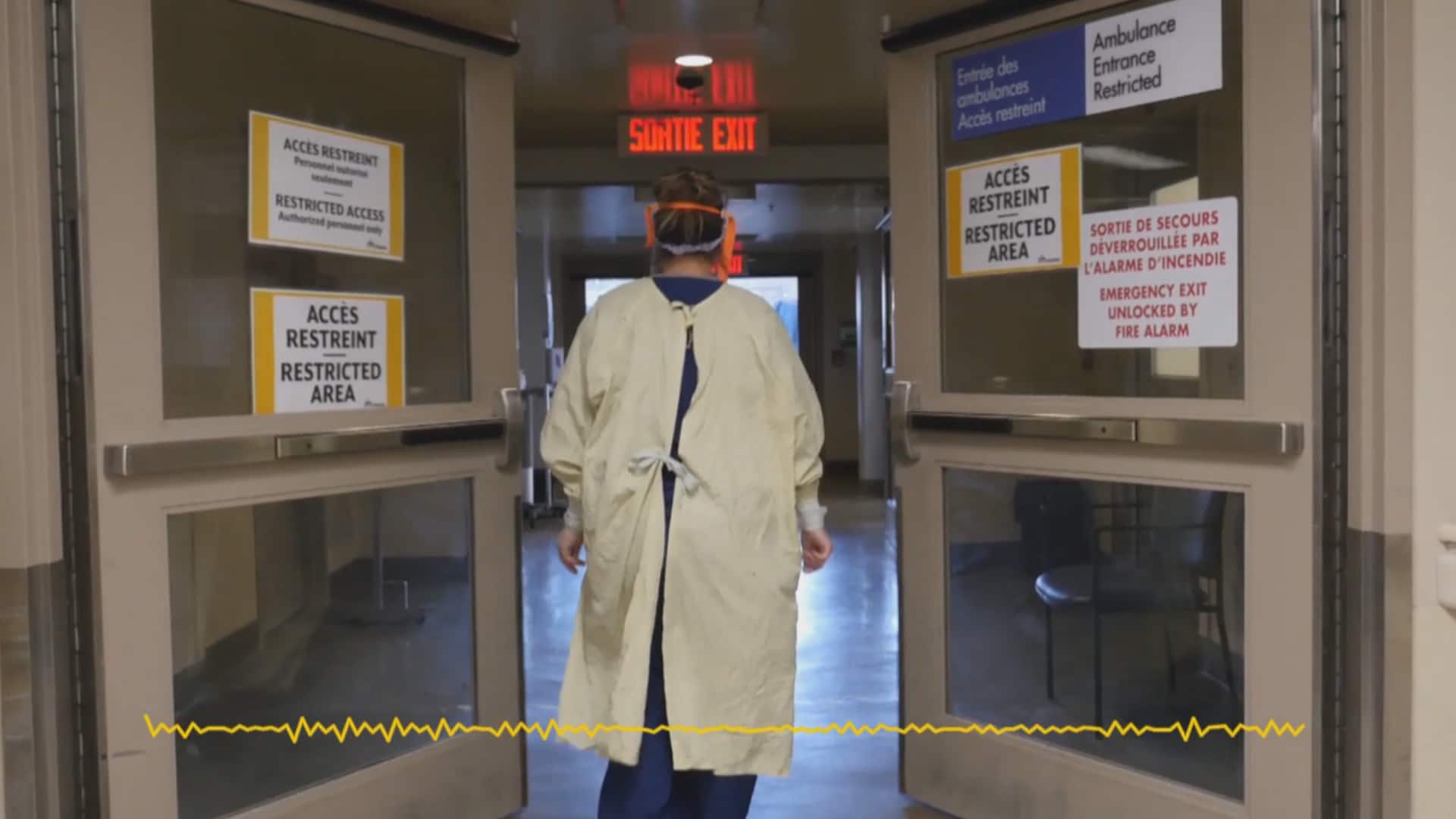 1 month agoVideo
1:22
Chanelle Schryer, who works as a nurse in the emergency department at Queensway Carleton Hospital, says some patients have become aggressive when faced with the hospital’s COVID-19 safety measures, making for difficult days on the job. 1:22

Schryer, who is just five years into nursing, is seeing colleagues quit. "We're losing staff left and right because people are burning out, especially in the emergency department ... because of the increase in verbal and physical violence from patients, because of the fatigue that we're all feeling [and] because [COVID-19] is never-ending.

"We were the heroes at the beginning, and now we're just kind of, you know, meh."

Renfrew County paramedic Chris Day sees key differences in how the community is coping with COVID-19 this fall compared to the spring.

"People are tired. I don't want to say they're cutting corners, but they're just not as sharp as they were back in the spring when everything was fresh and the intensity was there," said Day, 44.

Back in the spring, almost all businesses were closed or limited to reduce contact. "I think that really worked," said Day. Now, "there's economic pressure to keep things open … so you're seeing more people out and more community spread."

He, of all people, gets it. "Being that vigilant for so long is really hard," said Day.

Like the QCH's decision to switch out red for a less alarming blue, Day and his colleagues have made subtle changes in how they communicate with the public.

"We've tried to tone down the language ... just trying to make it not as traumatizing and uncomfortable for them," he said.

That means less pathology and more comedy, especially where children are concerned. "We're 'fishing for boogers,'" Day offered as an example of how they try to make nose swabs less frightening.

Day has relaxed some of his own protective measures since the spring. He no longer isolates in the family basement after a shift spent swabbing potential COVID-19 cases.

"Life has to continue, but you're still just aware," he said.

There have been major changes in how COVID-19 patients are treated since the spring, said Dr. Kwadwo Kyeremanteng, a palliative and intensive care physician at the Montfort and Ottawa hospitals.

For example, prescribing steroids earlier after a COVID-19 diagnosis is "a big, big change in practice," he said.

In the spring, ventilators were pressed into service relatively early. Not anymore.

Another major change came when they realized that COVID patients were prone to blood clots. "So we started introducing blood thinners earlier," he said. "In my humble opinion, this has also made a difference."

According to Kyeremanteng, patients now tend to arrive at hospital in better shape thanks to physical distancing and masking.

"If they have less of a viral load at the time of exposure, I think they will tend to be less sick," he said.

"After intubating COVID patients … and not becoming COVID positive [myself], I'm much more reassured and more confident that I can protect myself," said Kyeremanteng.

"In the spring, you could feel the tension. [Health-care workers] are less afraid now."

WATCH | His comparisons of the first and second waves: 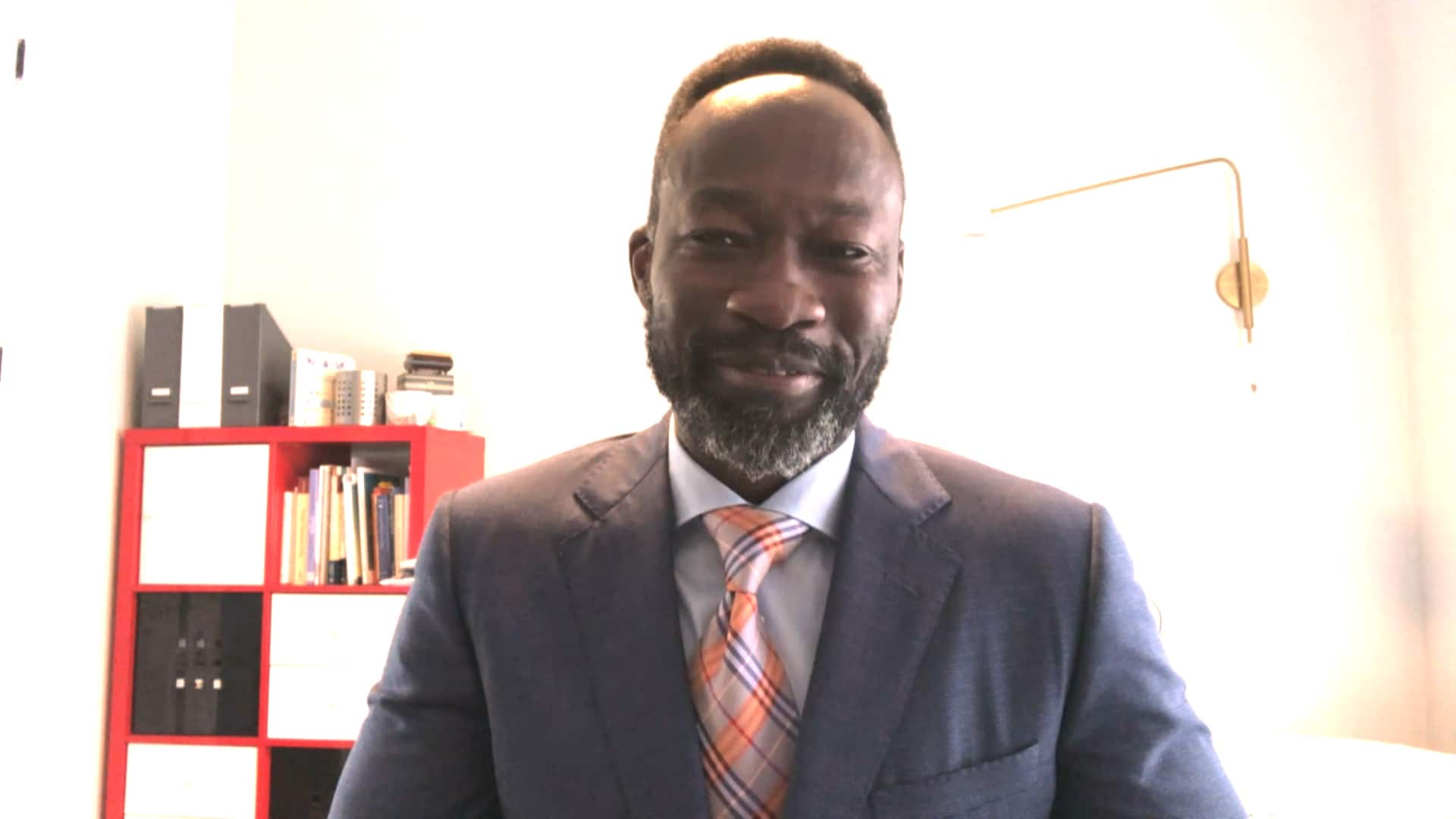 2 months agoVideo
8:53
Dr. Kwadwo Kyeremanteng, an ICU physician at Ottawa Hospital, says hospitals are more prepared for a second wave of COVID-19 than they were for the first. 8:53
CBC's Journalistic Standards and Practices|About CBC News