Councillor apologizes for texting while driving during livestream

Osgoode Coun. George Darouze has apologized for "inadvertently" texting while driving Tuesday, a lapse in judgment that was livestreamed via YouTube during a virtual meeting of the city's audit committee.

Coun. George Darouze says he 'inadvertently' texted while behind the wheel 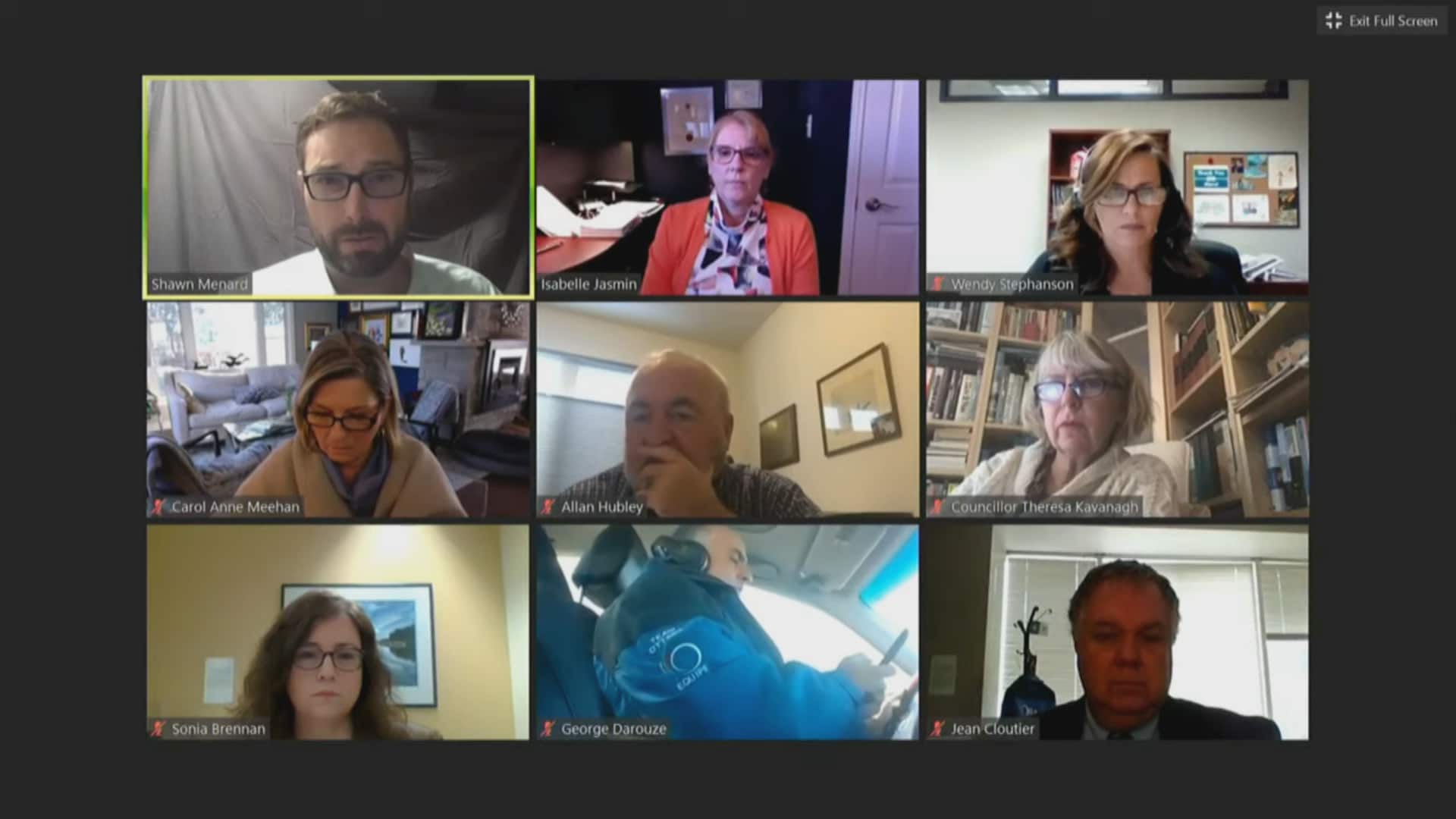 2 months agoVideo
1:39
Osgoode Coun. George Darouze, bottom centre, appeared to attend a virtual meeting partly from his car Tuesday morning and was seen using his mobile phone and a second device while driving. 1:39

An Ottawa city councillor has apologized for "inadvertently" texting while driving Tuesday, a lapse in judgment that was livestreamed via YouTube during a virtual meeting of the city's audit committee.

Osgoode councillor and deputy mayor George Darouze initially joined the 9:30 a.m. meeting from what looked like his kitchen, and even asked a detailed question about the accounting procedures surrounding the city's public-private partnership at Lansdowne Park, one of the audits tabled Tuesday.

Around 11:30 a.m., the livestream showed Darouze getting behind the wheel of a vehicle. He put on his seatbelt, as well as headphones, presumably to keep listening to the meeting. His device appears to be sitting in the passenger seat, the camera facing him.

He began to drive — the passing scenery clearly visible through the driver side window — and pulled out a cell phone. He then began to text with his thumbs, taking his eyes off the road several times. At one point, Darouze fumbled around with his right hand to find his glasses, then put them on.

Eventually, Darouze looked toward the second wireless device in the passenger seat and turned off the camera.

The councillor didn't respond to a request for comment, but posted the following brief apology on Facebook:

"This morning, I inadvertently texted while I was driving. I apologize for this and commit to my family and residents that this won't happen again."

Later Tuesday afternoon, Darouze replaced that post with another statement, this time admitting his behaviour was a "stupid thing to do."

"I should not have done this. I commit to my family and residents that this won't happen again," reads the public post.

A number of people on social media are calling for police to charge the councillor for distracted driving, and for Mayor Jim Watson to weigh in.

<a href="https://twitter.com/OttawaPolice?ref_src=twsrc%5Etfw">@OttawaPolice</a> here's a great bit of video you can use to make a distracted driving PSA to balance out all your daft victim-blaming messages about how cyclists &amp; pedestrians can save their own lives with reflective clothing. Don't forget to credit Councillor Darouze. <a href="https://t.co/rKKj9xm5y7">https://t.co/rKKj9xm5y7</a>

A statement from the mayor's office said he "trusts that this will not happen again."

Ottawa police said in an emailed statement that they're aware of a video of "a driver with a handheld device," without naming Darouze. Police said the driver appears to be violating the Highway Traffic Act, and said they will investigate if they receive a public complaint.