It's early on an overcast Tuesday morning, and retired biologist Buzz Boles stands perched on the branch of a dead tree on an island in the middle of Big Rideau Lake. A sign below beseeches, "Don't Shoot! Protect the Big Rideau Lake cormorant colony."

It's early on an overcast Tuesday morning, and retired biologist Buzz Boles, wisely dressed in a bright orange jacket and matching cap, stands perched on the branch of a dead tree on an uninhabited island in the middle of Big Rideau Lake.

It was the first day of Ontario's new double-crested cormorant hunt, announced just last month, and Boles was there to observe the birds, a colony he says dates back to the 1800s.

"If they were here then, they were likely here for thousands of years," Boles marvels.

The large, fish-gobbling waterbirds grow to about the size of a small goose. The Ministry of Natural Resources and Forestry has declared them undesirable, claiming they deplete fish stocks and damage trees.

The "fall harvest" permits anyone with an Ontario outdoors card and small game licence to bag up to 15 of the birds a day until the end of the year.

"This colony is very historic and very small," Boles said. "Two hunters in a day could almost wipe it out entirely." 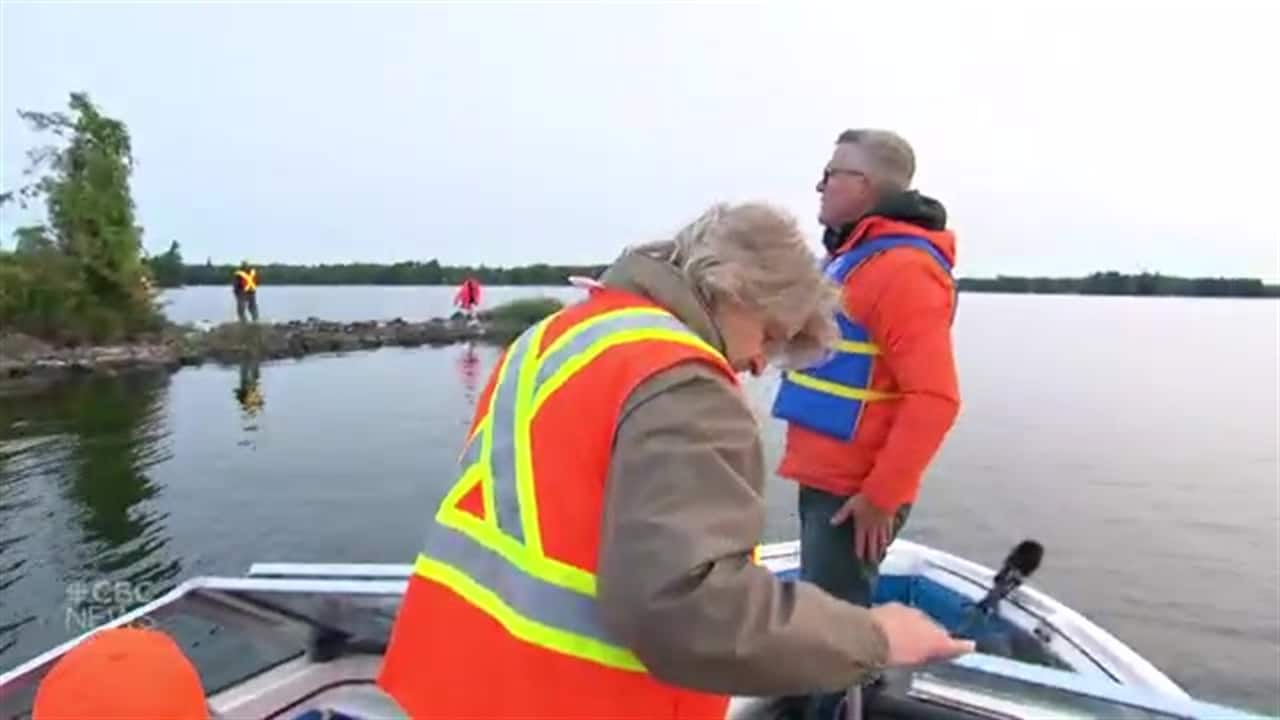 1 month ago
2:37
Conservation groups near Big Rideau Lake say hunting the area’s native shore birds is unethical and unnecessary. But starting Sept. 15, hunters are allowed to kill up to 15 a day. The CBC’s Stu Mills reports. 2:37

About forty cormorants currently make up the colony on Big Rideau Lake, about 100 kilometres south of Ottawa, according to Boles. But when Boles arrived on the island at 5 a.m., there were no birds to be seen.

The ministry estimates there are 143,000 breeding cormorants in 344 colonies across the province, a number based strictly on nest counts.

Boles isn't the only one who considers the cull an "open slaughter" without purpose. Earlier this month, 51 experts penned an open letter to the province arguing the hunt lacks any scientific purpose.

Boles points out that because hunters aren't required to submit any sort of tally, the cull will generate no useful data for population management or any other objective.Last year, CBC reported documents obtained under access to information legislation showed widespread pushback in late 2018 and early 2019 against the proposed hunt from wildlife experts within the ministry.

Boles believes the birds are a valuable asset to the environment of Big Rideau Lake and need to be preserved.

"This is nothing more than a slaughter," he said. "If there is a need to reduce cormorants numbers, there are wildlife management tools to do that in a proper fashion."

It's just, people don't like these birds and want to blast them out of the sky.- Tim Poupore, Big Rideau Lake resident

Tim Poupore, who's lived on Big Rideau Lake for more than 50 years, joined Boles on Tuesday to oppose the cull.

"I'm against the hunt. I think it's asinine. It serves no purpose, it's purely based on anecdote and opinion," Poupore said. "It's just, people don't like these birds and want to blast them out of the sky."

Poupore admits the cormorants' island home, where Boles was perched in a tree, is unpleasant to some.

"I can imagine that the appearance of the island is distasteful to a lot of people. The odour coming off the island, especially on a hot summer day if you're downwind, there's no question it smells," Poupore said.

Cormorants do migrate, so both Boles and Poupore are hoping the cold weather will get rid of the birds before the birdshot does, at least until next spring. Ottawa Morning6:04Conservation groups raise concerns about Ontario hunt of cormorants this fall
A retired wildlife biologist in Portland, Ontario says the province shouldn't allow hunters to kill the birds for the first time this season. 6:04