Ontario Stars Corporation and its director are facing a total of 112 charges including unfair practice, failure to deliver a direct agreement and failure to refund payment under Ontario's Consumer Protection Act. 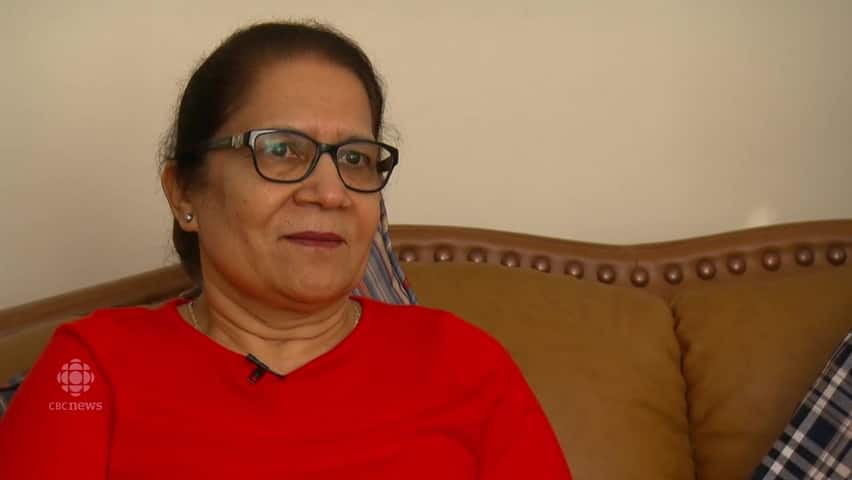 'I couldn't sleep for almost a week'

2 years agoVideo
0:53
Rupinder and Khushprit Maloka made a complaint about the company after they signed a contract for a water softener that they say a salesperson told them was free. A month later, a charge of $59.99 appeared on their hydro bill. 0:53

CBC Ottawa has reported on customer complaints involving the company before.

The charges were laid March 15 against the company and its director, Saeed Torbati. The accusations have not been proven in court.

Torbati did not reply to CBC's requests for an interview, nor did he provide a statement.

Barrhaven residents Khushprit Singh and Rupinder Maloka filed one of those complaints after they signed a contract for a water softener in 2016.

The couple said door-to-door salesmen from Ontario Safety Standards led them to believe the equipment was free of charge under a provincial program.

They were also told it would improve the quality of their water.

"I even asked him, the city is providing us very nice water, why we need it? He said, 'No no, Ontario government is giving free, so you can have it,'" said Khushprit Singh Maloka, an accessible taxi driver.

The Malokas said they never gave the sales representatives a credit card or banking details, but they did show them a copy of their hydro bill. A month later, a charge of $59.99 appeared on it.

After several months the Malokas stopped payments, and are now being sued for more than $8,000 for the remainder of the contract by a finance company that purchased their rental agreement.

"We're not in a situation where we can spend money lavishly. We spend our money very carefully. So it was nerve-racking."

The couple has hired a paralegal to fight the lawsuit.

Another alleged victim, Cornwall, Ont., resident Robert Payette, said door-to-door salesmen from Ontario Safety Standards promised he could save 40 per cent on his hydro bill through a government program if he signed an agreement to lease a water softener.

I should have done my due diligence at the time.- Robert Payette

Payette said he was promised a further 25 per cent discount if he agreed to rent another piece of water treatment equipment from the company.

When the promised savings did not appear, he was stuck with the contracts.

"I should have done my due diligence at the time, but 40 per cent sounds good, and I'm recently separated, so every per cent is sweet," he said.

Payette discovered another company called Canadian Safety Standards has registered a security interest, more commonly known as a lien, on his home for nearly $6,000.

Payette is now suing the company.

The Better Business Bureau (BBB) lists a warning about the company on its website, alleging a "pattern of complaints" and agents who employ "aggressive [sales] practices and often misrepresent themselves as being inspectors or affiliates of a government program."

The BBB notified the company of its concerns and requested remedial action on Sept. 12, 2017.

In a response to the BBB 10 days later, Ontario Safety Standards said it had "a zero tolerance policy for any and all misrepresentations," and said it was taking several steps to prevent such complaints in the future, including financial penalties against agents found to be engaging in misleading sales practices.

Sales rep 'lied his way in'

In his case, the sales rep "lied his way in," Payette said.

"We're still people, and there's no reason to get walked on. We're not carpets, saying, 'Welcome, wipe your feet on us.'"

The Ontario government banned door-to-door sales of HVAC equipment, water and air filters on March 1, 2018. Both Payette and the Malokas were approached at home before that law came into effect.

Saeed Torbati has been summoned to appear in provincial offences court in Ottawa on May 2 to face the Consumer Protection Act charges.

Conviction for a single offence under the act could result in a maximum fine of $50,000 and a prison sentence of two years less a day.

A corporation that is convicted under the act is liable for a maximum fine of $250,000.