The Ottawa police major crimes unit is investigating after 18-year-old Connor Stevenson was stabbed to death in the stairwell of an apartment building on Jasmine Crescent Tuesday evening.

No arrests made so far, Ottawa police say 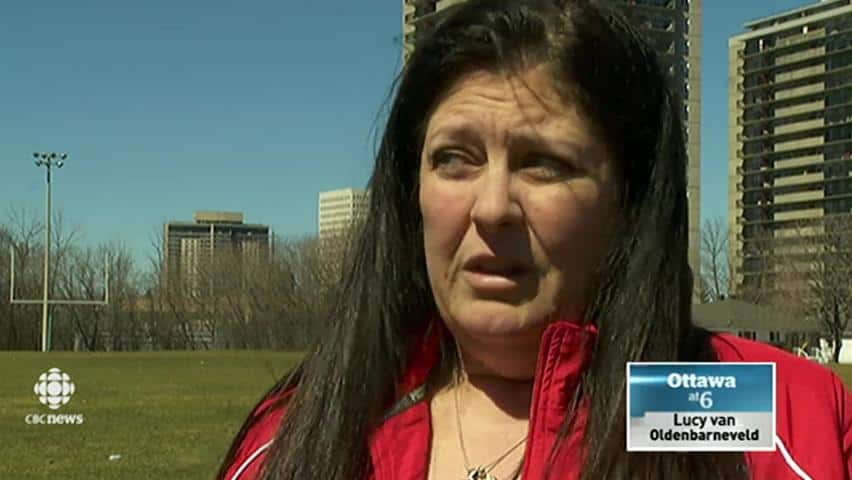 The Ottawa police major crimes unit is investigating after teen Connor Stevenson was stabbed to death in the stairwell of an apartment building on Jasmine Crescent Tuesday evening.

The 18-year-old's mother, Laurie Beaudoin, confirmed the news to CBC Wednesday morning as she was leaving the building at 2020 Jasmine Cres.

"He was the best kid in the world," she said. "He had so many friends."

The teen was a former Gloucester High School student. Some members of the high school's rugby team ran by the highrise building Wednesday morning as a tribute to Stevenson.

The high school will be providing grief counsellors for students Wednesday, according to an Ottawa-Carleton District School Board official.

"Obviously we're seeking witnesses, looking for anyone that might have any information or heard or seen anything at the time," said Det. Chris Benson.

Police and paramedics responded at about 5 p.m. to the highrise apartment building after getting reports that someone had been stabbed.

Paramedics took the teen victim to hospital in critical condition, where he succumbed to his injuries.

David Lumsden, 19, who lives nearby, said he'd known Stevenson since Grade 6 and that Stevenson was a laid-back person who "had a lot going for him."

"I've got to get out of Jasmine, that's what it makes me think. ... Can't stay here no more. Eighteen? That's too young. I'm 19, so now I'm just blessed. Every day I see on this earth I'm just even more blessed, because this is crazy."

Stephan Lacoste, whose grandmother lives in the building, said there's a lot of criminal activity in the neighbourhood.

"It's scary. You never know, right? And so I try to be with my wife at all times when we do come here, especially late at night," he said.

"My grandmother was here, my mother-in-law was here, my son was here too, so that's kind of scary. He was playing at the park maybe around 3, 4, so coming back here and maybe getting in the way — wrong place, wrong time — that wouldn't be good."

Investigators spent hours canvassing tenants at the building on Tuesday.

The stabbing death is Ottawa's second homicide of 2015.