After more than three decades in business, a Kingston, Ont., high-tech facility will close its doors unless it can secure the funding it needs to continue its work in cutting-edge microelectronics.

Since 1984, CMC Microsystems in Kingston, Ont., has connected academics, manufacturers

After more than three decades in business, a Kingston, Ont., high-tech facility will close its doors unless it can secure the funding it needs to continue its work in cutting-edge microelectronics.

Since 1984, CMC Microsystems has functioned as a broker between Canadian academics and the international high-tech foundries where microscopic computer chips and circuits are made.

Many of the non-profit corporation's 48 employees are engineers and PhD research scientists.

Technical adviser Andrew Fung said over the years, the team of specialists made it possible for Canadian innovators to overtake their competition.

"Why would anyone want to see that go away?" Fung asked. 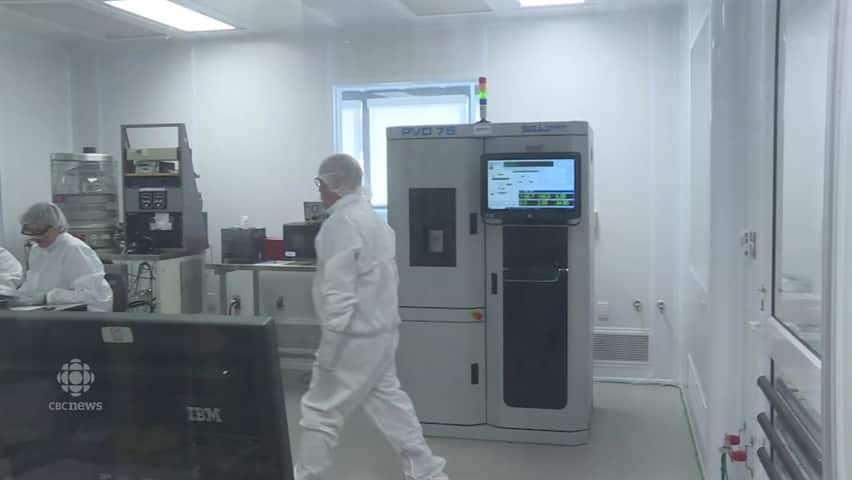 Firm's closure would deal a blow to research: Nobel laureate

2 years agoVideo
0:45
Nobel-Prize winning physicist Art McDonald is among those horrified by the expected closure of CMC Microsystems, a Kingston-based microelectronics powerhouse. The National Science and Engineering Research Council has announced it will no longer provide funding for the company. 0:45

Set up by former prime minister Pierre Trudeau, CMC received direct federal funding until it was handed over to the Natural Science and Engineering Research Council, or NSERC.

In 2016, NSERC announced it was cutting CMC's funding, apparently part of a broader shift toward supporting individual research projects.

"The idea that this could be disbanded and we could lose this resource just doesn't make any sense," said Art McDonald, the Nobel-Prize winning Canadian physicist, who lives in Kingston.

"It's effectively a national laboratory."

CMC president and CEO Gordon Harling said the organization, which has a $6.5-million annual operating budget, has been scrambling to find alternative funding since being "dumped" by NSERC.

With the last of CMC's bridge funding set to run out next June, Harling has begun notifying employees the doors could soon close.

By next month fabrication runs will come to an end, and by next March the thousands of students and researchers who rely on computer programs licensed through the organization, which operated like a software co-op, will need to find a new source.

The cost of a single licence for circuit-design software might reach $100,000.

"We really democratize these tools and give them to researchers across Canada," Harling said.

Last year, CMC assisted some 8,000 students plus another 5,000 researchers and professors, and was involved in about one-third of all collaborative research grants between universities and industry — about $30 million worth.

"It's been a constant fear," said electrical engineering and computer science professor Karin Hinzer, ​who runs the University of Ottawa's sun photonics lab.

"I don't know how to run my lab, starting next year. I might take fewer students."

Harling's main worry is what will happen to his painstakingly-assembled team of PhDs and engineers who consult on the highly specialized micro-nano fabrication that has become CMC's specialty.

Without some job security, those employees will likely start looking elsewhere. "They're all highly employable," Harling said.

Questions to NSERC about why CMC's funding has been cut were passed to Innovation, Science and Economic Development Canada.

"Our department has had constructive discussions with CMC as they develop a new strategic plan, following the visioning exercise they conducted earlier this year," said spokesperson Hans Paramar.