Two major floods since 2017 and last fall's tornadoes have the City of Ottawa looking at how to make the city's infrastructure more resilient to climate change.

Two major floods since 2017 and last fall's tornadoes have the City of Ottawa looking at how to make the city's infrastructure more resilient to climate change.

On the battleground against the quickly rising Ottawa River waters, more than one politician has conceded the second big flood in three years was a sign that things have changed.

"Something is going on and we have to be conscious of it," Premier Doug Ford said.

"It's really tough on the people, and it's tough on the infrastructure and we have to build to a tougher, more resilient stand," Mayor Jim Watson also said in Fitzroy Harbour.

The city has plans related to climate change and renewable energy. It has declared a climate emergency.

But what does that mean in practice? 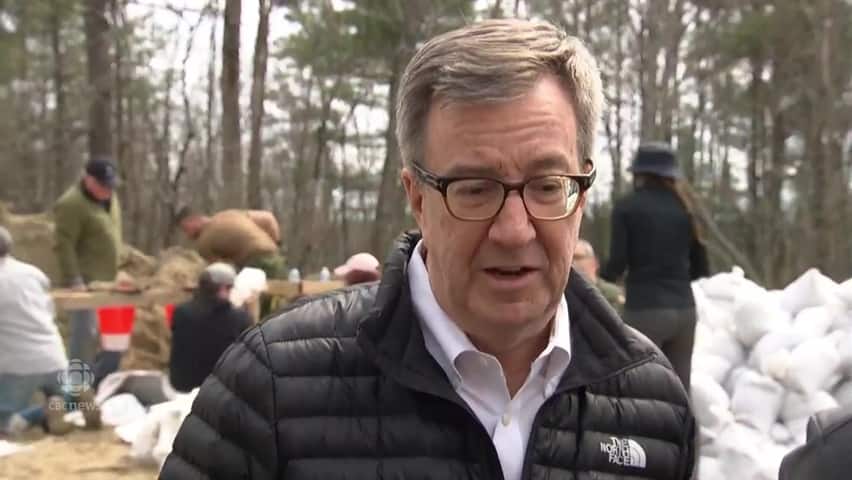 2 years ago
1:00
During the height of flooding last week, Mayor Jim Watson and several residents said they were worried about the effects climate change is having on the Ottawa River. 1:00

What weather is Ottawa expecting?

The city's planning starts with getting the right information.

The City of Ottawa, working with the National Capital Commission, has a consultant coming up with climate projections specific to the Ottawa area.

It already has a sense of what to expect: more very hot days, violent storms, and precipitation.

City council has also told staff to speed up a study into how Ottawa is vulnerable to climate change, and come up with a list of gaps to fill.

Even before those reports, Stephen Willis, the city's general manager responsible for infrastructure and planning, has some ideas of the city's priorities.

In relation to flooding, he says he knows the city will need to zero in on stormwater ponds, pipes and culverts and build them so they can carry away more rain in a big storm.

The easiest, most cost-effective fix, he said, is usually to bolster the infrastructure — the city has $20 billion in water infrastructure alone — when it's due to be upgraded anyway.

Making sure the city's critical drinking and wastewater plants can operate as islands unto themselves is also a priority, Willis said.

"Our water supply is one of those is one of the most critical backbones of our infrastructure system so it needs to be able to operate no matter what conditions are going on," he said.

The city is beefing up backup power to those plants so they last longer in a power outage. The recent flooding also taught the city it will have to take another look at the road to the Britannia water filtration plant, he said. 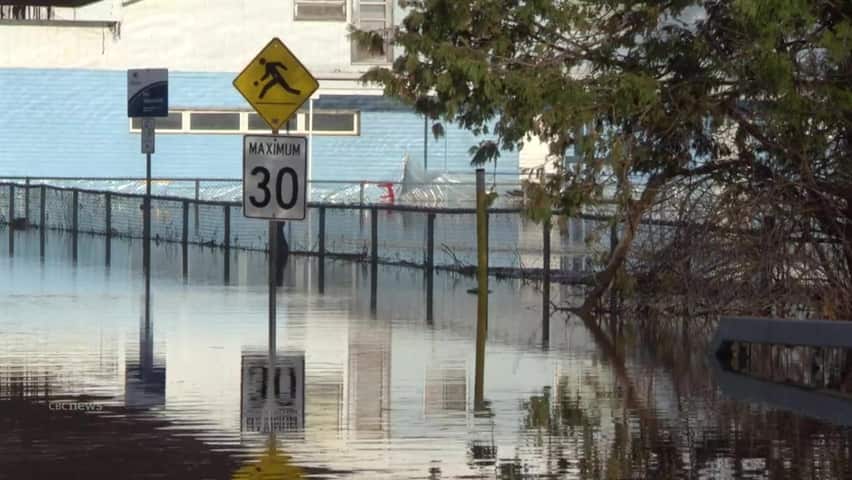 2 years ago
1:46
Stephen Willis, general manager of planning, infrastructure and economic development for the City of Ottawa, says climate change informs how the city plans its infrastructure. 1:46

As for flood mitigation efforts, Willis said the city was pleased with how the berm in Britannia held during the peak flooding this month, but such a barrier doesn't make sense in Constance Bay, where groundwater seeped up through sandy soil.

Those west-end homeowners will likely be granted special permission to rebuild in a more flood-proof way, but the best policy is one Ontario already follows and prohibit building new homes in floodplains, he said.

For major storms, roads and parks in newer areas are designed to collect some water on their surfaces so the city's system isn't overwhelmed, Willis said.

New condos are obligated to catch rain water on site and release it slowly. Homeowners can do the same in their yards by using rain barrels or permeable driveways to soak up more rain in the ground.

The city is working on a new blueprint for how Ottawa will grow — a chance to nudge builders to curb heat by using green or light-coloured roofs or reflective pavement, for instance.

Staff, too, will look at Ottawa's hot spots, who's vulnerable, and how big towers going up around light rail stations could add to that "urban heat island."

Adding more urban forests to cool the city is also a priority for the city, Willis said.

Not everything has to cost money, agreed Natalia Moudrak of the Intact Centre on Climate Adaptation at the University of Waterloo.

"So far the way that we've been thinking about climate adaptation and solving some of these challenges is through engineered solutions, but nature has a role to play."

In addition to shade from tree cover, Mother Nature's wetlands are important sponges in a storm, she said.

Will it be enough?

Ottawa does not yet have a "chief resilience officer" as Calgary, Toronto, Vancouver and Montreal do.

It's unlikely to embark on buildings that can float with rising water as Rotterdam has, or spend billions on storm infrastructure like New York City.

Spending choices will need to be made by city council come budget time, but federal and provincial governments are better placed to dangle financial incentives to push the envelope, Willis said.

"We as a municipality might wish to be very ambitious on this, but there are limits on what our powers will allow us to do," Willis said.

Still, both Willis and Moudrak agree cities have important control over what gets built where.

"I think they have a big power to influence change on the ground," Moudrak said.