The William Street businesses recently got permits from the city to begin the work.

Businesses in the ByWard Market that were destroyed by a fire in April can start the cleanup and restoration process soon.

The William Street businesses recently got permits from the city to begin the work. City staff provided a verbal update on the situation at the built heritage subcommittee meeting Thursday morning.

The city has issued a heritage permit, and a permit to demolish unsafe portions of the damaged buildings and remove debris has been applied for.

Owners are also in discussion with the city about reconstruction and rebuilding. City staff said it expects that after remediation is complete, reconstruction work could begin as early as next spring. 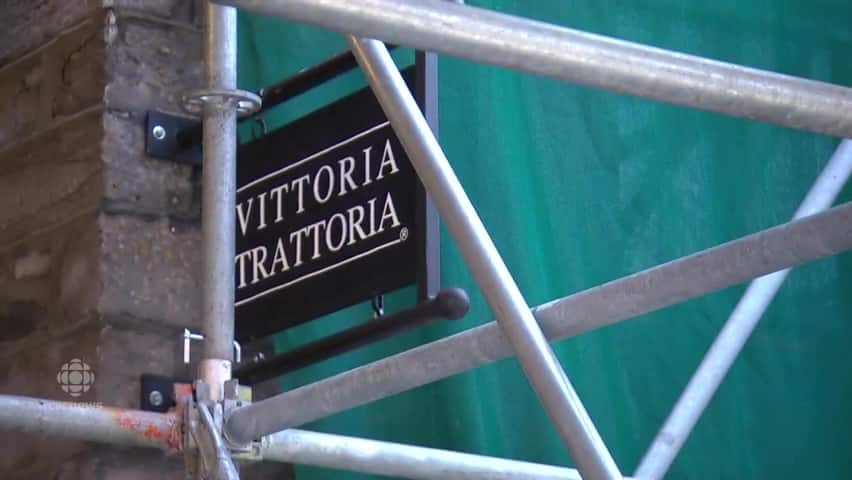 'I've spent almost half of my life in this building'

1 year agoVideo
1:18
Domenic Santaguida, owner of Vittoria Trattoria, says his father and brother first restored the interior of the heritage building over two decades ago. A fire devastated the building in April, though restoration work is expected to begin soon. 1:18

City staff said three of the four facades of the damaged buildings will be retained and restored through the process, including one at the Vittoria Trattoria restaurant and two at the stone buildings on each end of the row.

"It's still a little surreal that this has happened and it's hard to get over, but we are optimistic to rebuild," he said.

"[The permits] will allow us to keep the stone facade, which is very important to us."

One of the buildings will come down so the rest of the properties can be accessed for construction. Bricks and materials from that building will be saved for a possible restoration project in the new development. 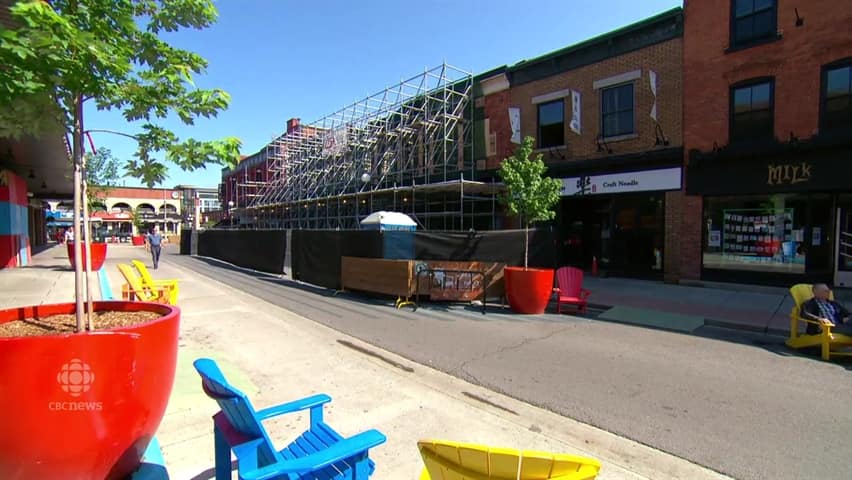 1 year agoVideo
1:13
Heritage architect Barry Padolsky says five buildings on William Street were damaged in a major fire in April. One of those buildings will have to come down to make room for cleanup and restoration work. 1:13

Barry Padolsky is the architect working with the building owners. He said that, ultimately, the area should look the way it did before the fire, and that owners would like to start work as soon as possible.

"Essentially, because it's a heritage conservation district we're going to be retaining ... facades, and when people see the outcome when we complete the work, it'll just feel like William Street always was."

Padolsky said he believes it will take at least six months to rebuild the structures when reconstruction starts after cleanup, but that work on each building will probably start at different times.

"It's a challenge. It's like being in the emergency room of a hospital. You have this crisis and you have a number of different buildings that were damaged in different ways," he said.

Very little is known about the anatomy of each building because some of them are 120 years old and have changed over time, he added.

"We expect to learn a lot after we gut the space behind the facades to learn what's really going on there."

Rideau-Vanier Coun. Mathieu Fleury said that while it would have been ideal to save the entirety of the heritage buildings, he is glad the facades are being preserved.

"Not perfect, not ideal. Obviously the fire was shocking for all. For the business community and the ByWard overall, and now we're seeing ... some traction," said Fleury.

"We have owners that are serious, that want to reopen and that are working hand-in-hand with the city, so that's good news.... Today is a first step, it's a good first step."