Ottawa residents will have to wait four winters to see the results of a wide-ranging review of the standards city crews use to determine how quickly and how thoroughly they clean up after a big snow storm.

In the meantime, city staff asked to make quick fixes in time for next winter

Ottawa residents will have to wait four winters to see the results of a wide-ranging review of the standards city crews use to determine how quickly and how thoroughly they clean up after a big snow storm.

On Wednesday, Ottawa's transportation committee set in motion a major review of its winter maintenance standards, which haven't been updated since 2003.

The report and its recommendations won't be tabled until the fall of 2021, in time for 2022 budget deliberations. That means any changes implemented as a result won't come until the winter of 2022-23, after the next municipal election, according to public works general manager Kevin Wylie.

Coun. Theresa Kavanagh tried to speed up that process.

"We all want it tomorrow. We've had a very tough winter and we want to see things done as soon as possible, and that was my original hope that perhaps it would be done over the summer for next winter," she said. 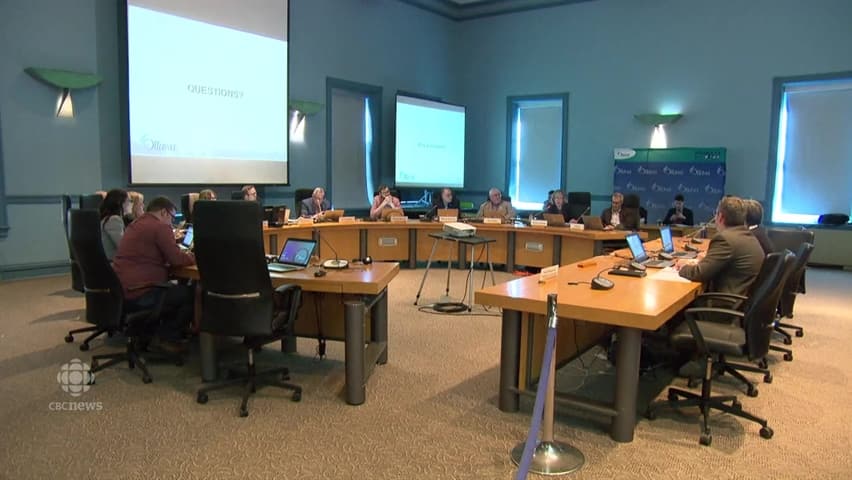 2 years ago
1:25
City councillors have asked staff to look at some quick fixes for how Ottawa clears snow and ice. 1:25

But Wylie said he had neither the staff time nor the money for such a quick review, which is expected to cost a couple hundred thousand dollars.

"Maybe we should [send trucks out] sooner than seven centimetres [of snow]. Maybe we should plow the streets to bare pavement instead of snowpack. Those are I think important questions to ask but they can't be rushed," Blais said.

Blais likened the snow standard review to being as complicated as an overhaul of transit routes, and said residents would never agree to routes being changed quickly or without sufficient public input.

"People would go bonkers if that was the suggestion," he said.

Climate change part of the equation

Kavanagh wants staff to consider the impact of climate change, particularly the increasing freeze-thaw cycles that can create icy ruts on side streets.

"It's not just about clearing the snow off the street in 24 hours. This is about ice buildup on sidewalks and people not being able to get anywhere," Kavanagh said.

Blais asked staff to find ways to improve snow- and ice-clearing in time for next winter, within the existing long-held standards.