City of Ottawa officials encountered significant challenges communicating with both the public and their own staff in the hours after several tornadoes tore through eastern Ontario and western Quebec, the city's top bureaucrat acknowledged Wednesday.

'It was a challenge for us to get our message out,' city manager acknowledged Wednesday

City of Ottawa officials encountered significant challenges communicating with both the public and their own staff in the hours after several tornadoes tore through eastern Ontario and western Quebec, the city's top bureaucrat acknowledged Wednesday.

"The No. 1 issue that we had, I think, is around communications. That was a big challenge for us," city manager Steve Kanellakos told reporters after Wednesday's council meeting.

It was a challenge for us to get our message out.- Steve Kanellakos, city manager

Not only was the power out for days in huge swaths of the city, but some cell towers were damaged, so even mobile phones that were charged weren't working.

The city's computer servers, which were briefly powered by backup generators, were also under stress.

Even the paramedics' radio system, which is managed by the province, was "running low and it was starting to deteriorate" before it was fixed, Kanellakos said.

"We were worried about our ability to maintain communications amongst ourselves," he said. 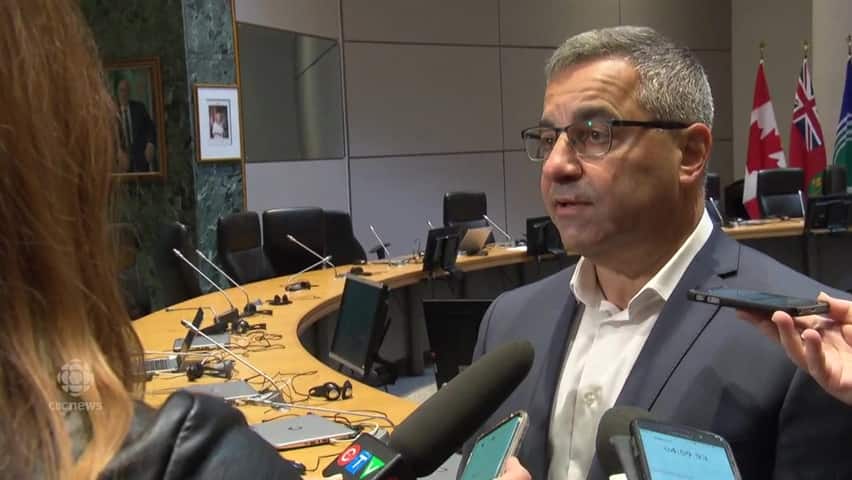 'We saw cell phones failing, we saw our own city servers being stressed'

3 years agoVideo
0:54
Ottawa city manager Steve Kanellakos describes the breakdown in communication between city staff and with the public during last Friday's tornado. 0:54

'They just don't have radios'

Because many residents were without power, or were experiencing the same cellphone outages, city officials had difficulty getting information to the public in the hours after the tornadoes struck.

Radio stations including CBC Ottawa usually continue transmitting, and did in the aftermath of this emergency, and are valuable conduits for city information, Kanellako said.

Even Mayor Jim Watson mentioned that on Friday evening he scrambled to locate an old transistor radio in his basement, and luckily had batteries on hand to power it.

'It was a challenge'

"It was a challenge for us to get our message out," Kanellakos said.

"I've heard that the first night people weren't getting enough information. We were pumping out information, but it has to get to somebody."

He said the city has been looking at procuring emergency communication equipment for just such an event.

One possibility is a kind of cellular umbrella that can be placed over parts of the city that have lost power.

The pricey systems, normally sold by military equipment manufacturers, have to be trucked into the affected area.

City officials are now concentrating on helping residents whose homes and businesses were severely damaged by the massive storm, but will hold a debrief in a few months on how they managed the emergency.

When they do, Coun. Diane Deans would like the community to be involved.

"Social media was really, really good at pushing out messages, but a lot of seniors felt that maybe the communications could have been different," she said at council Wednesday.

Deans asked that the officials involved in the emergency response "actually talk to people in the affected neighbourhoods so that perhaps we could learn from them what they felt they needed that maybe we didn't do quickly enough or often enough."