The City of Ottawa has taken the first step toward one day eliminating the sale of bottled water at its own facilities.

The City of Ottawa has taken the first step toward one day eliminating the sale of bottled water at its own facilities.

During Tuesday's meeting of the environmental protection, water and waste management committee, councillors voted unanimously to ask staff to study the feasibility of eliminating single-use plastics and foam plastics at City Hall, recreation centres and other municipal buildings.

The motion was tabled by Somerset Coun. Catherine McKenney.

"You should be able to come to City Hall and expect not to eat a meal off of foam plates or use plastic forks and knives," McKenney said. "Those are the types of things we have to start thinking about in our city facilities."

McKenney's motion directs staff to find ways to eliminate single-use and foamed plastics where there is an environmentally responsible alternative, and include the report as part of the city's upcoming update of its solid waste plan.

While it's unclear what that will mean for vendors at city facilities, it seems certain any ban will stem the sale of bottled water.

"I don't think it's just symbolic," McKenney said. "I'm happy to see that we'll be moving forward looking for a way to eliminate them here." 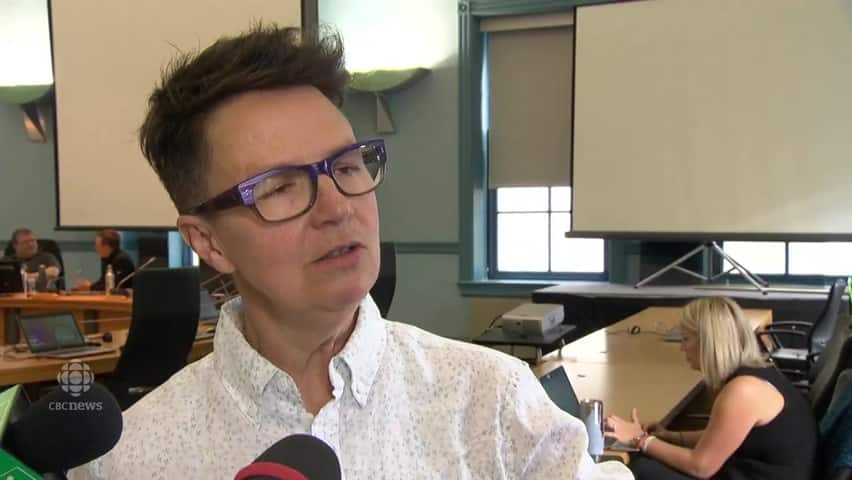 'We have a responsibility' to reduce plastic waste, councillor says

2 years ago
0:44
Coun. Catherine McKenney says Ottawa is looking for ways to reduce the amount of single-use plastic at city facilities. 0:44

Any ban of bottled water sales at city facilities would have to wait until the city's contract with Coca-Cola expires, however.

Under the agreement, signed in 2011, Coca-Cola paid the city $135,000 per year for five years for exclusive "pouring rights" at city facilities. Coca-Cola's products include bottled water.

But the city's contract with the beverage company will only lapse when it reaches a minimum sales volume, and that could take another three years, according to staff.

The motion also directs staff to boost its educational campaign promoting tap water and dispelling the myth that bottled water is of better quality.

The City of Ottawa is studying phasing out single-use plastic bottle sales at city facilities. What do you think? <a href="https://twitter.com/hashtag/OttNews?src=hash&amp;ref_src=twsrc%5Etfw">#OttNews</a>