Children of God sex cult survivors come out of the shadows

Jerry Golland and Danielle Fortin of Ottawa spent years as members of the Children of God, one of the world's most notorious religious cults. Women were forced to offer their bodies to potential recruits, while children suffered both sexual and physical abuse.

If you passed Ottawa residents Danielle Fortin or Jerry Golland on the street, you wouldn't think there was anything unusual about them.

Fortin, 63, grew up in Montreal. She has a matter-of-fact way of speaking punctuated by an occasional self-deprecating laugh. She describes being "wild" in her youth, and that included taking hard-core drugs.

These days she lives quietly in Ottawa with a mildly disabled son.

Golland, 69, also grew up in Montreal, raised in a secular Jewish family. A little over a year ago he retired from a teaching position with the Ottawa Catholic School Board.

He's long been a familiar face at Ottawa nightclubs and music venues, where he specializes in performing the songs of his hero, Leonard Cohen. His manner of speaking can seem unfocused, but he chalks that up to his struggle with attention deficit hyperactivity disorder.

What sets Danielle Fortin and Jerry Golland apart is a bizarre chapter in their lives: they were both members of the Children of God, one of the world's most notorious religious cults.

The disturbing history of the Children of God is well documented in news reports, books and documentaries. At its height, the movement had tens of thousands of members, including such famous names as River and Joaquin Phoenix, Rose McGowan and Jeremy Spencer.

The group was founded in 1968 in California during a time of hippies and sexual liberation.

Female members of the COG were expected to lure in men by having sex with them. Children were sexualised and sometimes sexually abused at an early age. Thousands of members worked like slaves raising money to support the shadowy sex-driven lifestyle of the group's leader, David Berg.

After more than 25 years of keeping the story to themselves, Golland and Fortin agreed to reveal their experiences.

Lured into the cult

Fortin's first exposure to the Children of God came in the mid 1970s. She was hooked on heroin, unhappy with her life and looking for meaning. She recounts going to Spain on impulse during a drug-fuelled binge.

"And there was some people singing on the street, three or four guys singing, 'You got to be a baby to go to heaven.' And at that time my state of mind was, 'Wow! Can I be a baby and go to heaven?' And they told me yes — if I receive Jesus into my heart."

Golland's contact with the cult came in 1971 in London, England.

An abusive, psychologically-troubled friend had taken all his money and most of his possessions, including his passport. He was sitting by himself in a park when he heard music and saw a yellow double-decker bus with "Children of God" written in psychedelic letters on the side.

'They scraped me off the street'

"I was so ingrained not to be religious, I had always mocked it all my life. And then 40 or 50 people, I heard this music coming from the park, and standing all around me [were people] saying, 'Hey, come with us, come on our bus, you can come home with us.'"

He says in different times he would have run like hell, but he was at the end of his rope.

"Nothing attracted me to them," Golland said. "They scraped me off the street."

He would spend the next 20 years as a member of the cult, always on the lookout for vulnerable people — people just like himself — to recruit.

"We'd learn to spot, you know ... those eyes, that person, there is a vulnerable person. We called them sheep. He's a real sheep as opposed to someone who was more antagonistic — he was a wolf."

Danielle Fortin's initial impression of the group was positive. She felt she was "doing something right" for a change.

As Fortin would soon discover, the Children of God was also a top-down, rigid organization that exploited members, especially women and children.

Almost all the young women in the cult were ordered to "flirty-fish." That meant having sex every day, often with new and different men.

"You have to totally submit yourself to your leader, to the person in charge. No matter what they ask you, you have to obey ... and being single, you were asked to go out flirty-fishing. That means going into a bar or restaurant or hotel and meeting some people to ask for the mercy of Jesus in their heart in exchange for a donation."

Fortin often got into trouble with the group's leaders because she was choosy. She didn't want to have sex with every guy who wanted her.

David Berg, the cult leader, also promoted concepts he called "one wife" and "sharing." Even married female members were expected to sleep with other men in the group.

Because of the cult's Christian fundamentalist underpinnings, members were forbidden from using any form of contraception. Not surprisingly, there were plenty of children born out of the Children of God.

Both of the former members say they were able to protect their own kids from sexual abuse but couldn't always keep them safe from physical abuse.

Fortin remembers one of her boys, who was just 11 years old, being punished for being rebellious. For three months he was confined to a house full of adults, forced to eat by himself and forbidden from speaking.

She also recalls the same son, as an infant, being spanked until he was "all bruised and black."

​Golland, who has five children, says physical punishment of kids was all too common. 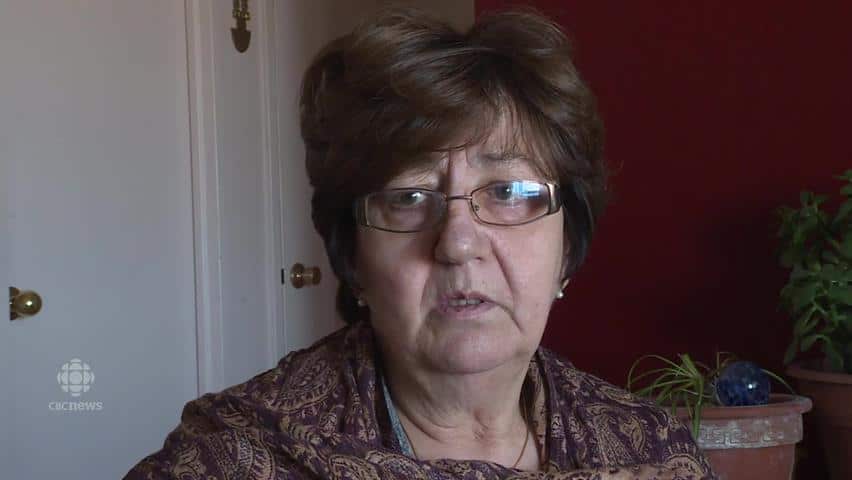 Danielle Fortin on abuse of children in the cult

5 years agoVideo
0:28
A former member Children of God shares her story about living in the cult. 0:28

The main task of the cult members was to solicit donations by distributing pamphlets that espoused the gospel of Berg, also known as Moses David.

Golland says members who were good at raising money and distributing the pamphlets were called Shiners. Those with poor sales were called Shamers. If you missed your quota you could not come home for dinner, he said.

Golland's sales performance was bad enough that he was even prevented from attending his own wedding ceremony.

Fortin travelled the world with the Children of God and its affiliated groups, including stops in India, Fiji and the Philippines.

By 1992 she was flogging videos and audio cassette tapes of Children of God musical acts to store owners in Puerto Rico. One of her sons needed heart surgery, an operation that required travelling back home to Canada.

She remained with the Children of God in Montreal, and eventually moved to Aylmer, Que., and then Ottawa, where she continued to contribute a tithe of 10 per cent of her income to the group before gradually breaking away.

It took me quite a while to realize I was brainwashed.- Danielle Fortin

She recalls receiving a visit at her home in Ottawa from a Children of God "brother" who scolded her for having so much food in her cupboard.

She argued she needed it to feed her children and couldn't spare any for the group.

"It took me quite a while to realize I was brainwashed and that I was not doing the right thing. Took me a few years of reading about people in cults and people who are abused."

Fortin stays in contact with three other former Children of God members, one in Montreal and two in the Ottawa area. She calls the group her "network," and considers their meetings and conversations a form of therapy.

The final straw for Golland came when one of his sons, just 12 at the time, was forced to sing in the rain until midnight in order to raise money. The adult member supervising the boy stayed warm and dry in a nearby car. 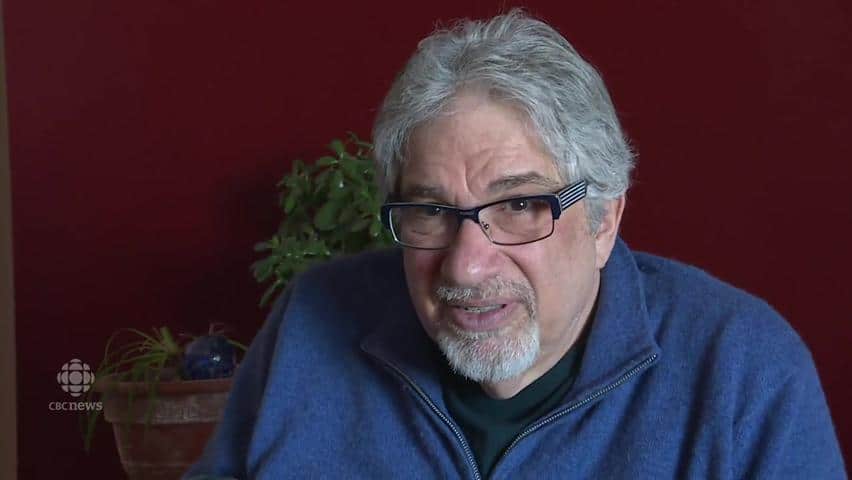 Jerry Golland on leaving the cult

5 years agoVideo
0:36
A former member of the Children of God shares his story about getting out of the cult. 0:36

Life after Children of God

Golland returned to Ottawa in the early 1990s and managed to get work, first with Algonquin College and then with the Ottawa Catholic School Board as an English language teacher.

He feels fortunate he was able to not only survive the Children of God, but also retire on a modest pension. Other members, he says, were not so lucky.

"[There were] a lot of suicides of former members, adults and teenagers. Drug addiction. Prison. A lot of people could not adjust."

The Children of God still exists today under a different name, but it doesn't have the same reach, influence or notoriety. Berg reportedly called a halt to flirty-fishing because of the emergence of the AIDS epidemic.

Golland is in the process of writing an e-book about his journey with the Children of God, called Only One Man.

He warns that what happened to him and Fortin could easily happen to others.

Simon Gardner has been a journalist with CBC since 1988. He's won awards for reporting on a wide range of subjects ranging from foreign wars to police corruption. He can be reached at simon.gardner@cbc.ca.