The mother of a seven-year-old boy whose violent outbursts have repeatedly gotten him kicked out of school is pleading for consistent treatment for her son instead of the hodgepodge of therapy he's been receiving, often with mixed results.

Ben, 7, has been suspended from school 8 times for attacking other kids, throwing furniture

The mother of a seven-year-old boy whose violent outbursts have repeatedly gotten him kicked out of school is pleading for consistent treatment for her son instead of the hodgepodge of therapy he's been receiving, often with mixed results.

Since September, Ben has been suspended eight times from Regina Street Alternative School in Ottawa's Britannia neighbourhood, where he's in Grade 2, for attacking other children, throwing furniture and running away.

"It was really dangerous for Ben, the teachers and the other kids. He could not function in school," said Ben's mother, Natalee Rubec.

At home, Ben's outbursts were often directed toward his two older brothers and sister. When he lashes out, Rubec often has to restrain him on the floor. She's suffered broken fingers and bruised ribs as a result.

We got on this treadmill of waiting for more treatment, and Ben would trash the house. We have a graveyard of broken televisions in the basement.- Natalee Rubec

"We've been struggling to manage as a family for a long time," said Rubec, who is divorced.

Ben's violent behaviour began three years ago, Rubec said. When he was in Grade 1, a psychological assessment revealed he was gifted, but also had attention deficit hyper-activity disorder.

He was prescribed medication to control his outbursts, including an anti-psychotic drug. In December, he was diagnosed with disruptive mood dysregulation disorder, a condition characterized by frequent, angry outbursts.

"Ben is cheerful, creative and really smart," Rubec said. "But he struggles with controlling his anger, which can turn violent."

When CBC visited Ben at home recently he rarely sat still, jumping around the living room from couch to floor, stopping only to hug his mother tightly around her neck.

When Ben wanted to open a bag of soup noodles, Rubec reached up to a kitchen cupboard for a locked box containing several pairs of scissors.

When he gets worked up, Ben can crawl into his blue "body sock," a sensory cocoon made of stretchy fabric that's typically used by children with autism or anxiety disorders. 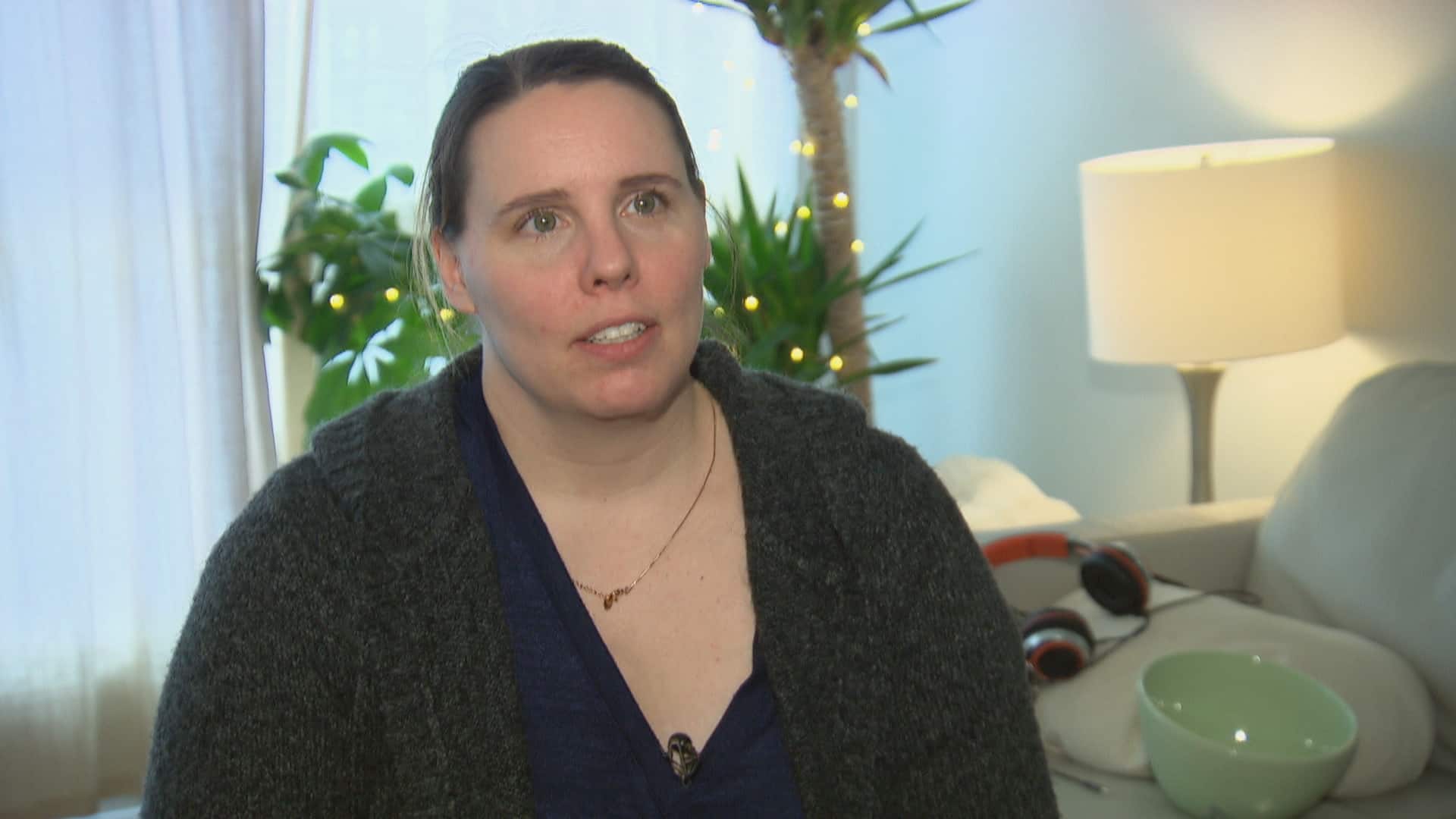 1 year ago
1:08
Natalee Rubec says she’s spent years looking for a steady source of information and therapy for her son Ben, who struggles with violent outbursts and has difficulty in school. 1:08

"He goes inside and can push really hard against the sock with his legs, hands and feet," Rubec explained. "Ben is in fight-or-flight [mode] 100 per cent of the time, so I think the sock has a calming effect on him."

Ben receives weekly home visits from a worker with Crossroads Children's Mental Health Centre who spends several hours working through strategies to de-escalate his violent impulses and help him deal with his anger. The visits, which began in January after Ben was fast-tracked for the treatment, typically end after three months.

1 year ago
1:02
Natalee Rubec and her son Ben show CBC News some of the sensory items that help Ben regulate his emotions, including a “body sock” and a compression vest. 1:02

The home visits follow an especially difficult period for Ben and his family, and not just at school.

Last summer, Ben's tantrums escalated to the point where Rubec had to take him to CHEO on seven different occasions. When his rage became uncontrollable, she called police.

"We got on this treadmill of waiting for more treatment, and Ben would trash the house. We have a graveyard of broken televisions in the basement," Rubec said.

That was in stark contrast to the previous nine months, which Ben spent in CHEO's Steps to Success, a day program run out of St. Luke School where he had consistent access to a counsellor and psychiatrist. Rubec said her son thrived in the small-class setting.

"Ben really settled and he had all the elements to get through the day," she said.

But the program ended last March, once Ben was deemed to have reached all the behavioural goals that had been set out for him.

In June, CHEO told Rubec her son was on a wait-list to see a psychiatrist as an outpatient, but as recently as January she was told the wait would be another four to six months.

She's worried whatever benefits her son gained from the Steps to Success program and the Crossroads visits will be lost as he bounces from one form of therapy to another, with long gaps in between.

"This all started when he was four, and now he's almost eight and we haven't really started treating him yet for what's really wrong with him," Rubec said. "There's a lot of people who want to help Ben, but there is a bit of passing the buck."

"The wait time is so stressful," said Natasha McBrearty, associate executive director at Crossroads Children's Mental Health Centre, where the typical wait for in-home treatment is now eight months to a year, and where the number of families waiting for that treatment has nearly doubled to more than 1,900 in just five years.

"It breaks my heart because I know how frustrating it is for a parent who is really trying to cobble the best they can for their child."

Crossroads, which is 90 per cent provincially supported, has not had a significant funding increase to meet the rapidly growing demand for treatment, McBrearty said.

"The secret formula or the magic is early identification and early intervention," she said. "But do we have the capacity to intervene when we need to? Well, I still think we have a ways to go."

According to a report released last month by Children's Mental Health Ontario, which advocates for more government investment in quality mental health services, there are currently 28,000 children and youth waiting for mental services across the province, compared to an estimated 12,000 in 2017.

Walking in their shoes

"Sadly, that happens, and it would not be atypical for a young person in our system which continues to be fragmented," Lowe said. "It requires us to actually do things differently because access is a huge, huge problem."

Lowe is leading a new service model called Kids Come First, announced by the province in December to improve access to mental health and addiction services for children.

She said there's currently a patchwork of 17 different organizations providing treatment options in the Ottawa area, but they need to be better integrated — and they need to do a much better job at keeping tabs on kids like Ben.

"This is something that we heard very loudly from caregivers," Lowe said.

Rubec said she's already exhausted her workplace benefits for private psychological care, and is reaching the end of her rope.

"It's super isolating, and nobody can walk in our shoes and understand the fatigue and the emotional toll it takes every day," she said.

Ben, squirming inside his body sock, offers a suggestion

"I know how you can get someone to believe it — make them live with us for a month and they would see."