One Ottawa charity and one city councillor are noticing fake charity boxes around the capital being used for profit. 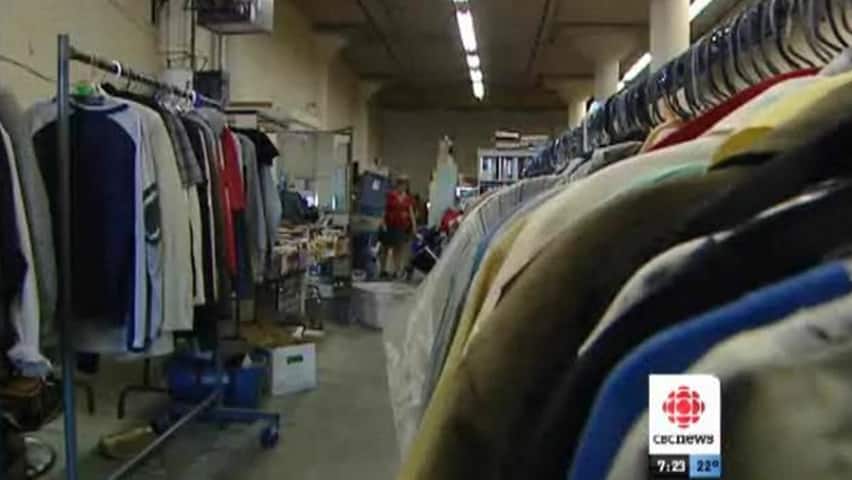 An Ottawa charity that provides clothing to the needy wants the city to take steps to stop what it says are for-profit recyclers disguised as charities.

Ottawa Neighbourhood Services is one of several local non-profit groups that have outdoor clothing donation boxes.

But ONS president Patricia Lemieux said over the last year, dozens of boxes from groups claiming to be charities have sprung up around the city.

In February, Lemieux said she noticed some of their clothing donation boxes were moved from their regular spots, and in their place were boxes marked TYN donations, Community Clothing.

Lemieux said when she called the phone numbers on the boxes she never got a straight answer whether the groups were legitimate charities.

She said winter drop-offs to her 60 donation boxes were down by as much as 75 per cent.

"It makes me feel really angry...are these people really helping people in the city of Ottawa? I don't think so," she said. "I think it's all bogus and I think it's a big scam."

Lemieux wrote to Mayor Jim Watson about the problem.

She is not the only one to complain.

"When I hear the word donation I think of a charity," said Hubley.

"I looked into it. It wasn't a charity. It was a storage company. It just gets auctioned off or sold off and not going towards the community," he said.

Hubley said at the next city council meeting he'll ask for tougher conditions for donation boxes placed on city property.

Lemieux is concerned that if the problem isn't dealt with soon, it will undermine legitimate charities.

"The more they put their boxes out it takes away a lot of the revenues from the non-profit organizations that are truly trying to help the people who need this," she said.