Gatineau city councillors voted Thursday to approve a recommendation by the city's public health committee to match the province's rules overseeing the sale, growth, possession and consumption of legal pot.

Smoking marijuana to be forbidden at beaches, sports fields, playgrounds

Gatineau city councillors voted Thursday to approve a recommendation by the city's public health committee to match the province's rules overseeing the sale, growth, possession and consumption of legal pot.

That means once recreational cannabis becomes legal in Canada on Oct. 17, pot smokers in Gatineau won't be allowed to light up in public spaces where minors might be present including beaches, sports fields and playgrounds.

Under Quebec's Bill 157, marijuana use is only permitted in the same places as tobacco, and is prohibited on university and CEGEP campuses.

Quebec has given municipalities the power to impose tighter restrictions on smoking marijuana in public.

Gatineau's public health committee studied the possibility of extending the pot ban to all city parks, and a third scenario that would ban consumption in all public spaces, period.

But staff cautioned councillors that third option would force the city to toughen its tobacco bylaws to match, or risk lawsuits for treating the two differently.

In the end, councillors voted against imposing any additional restrictions beyond those contained in Bill 157. 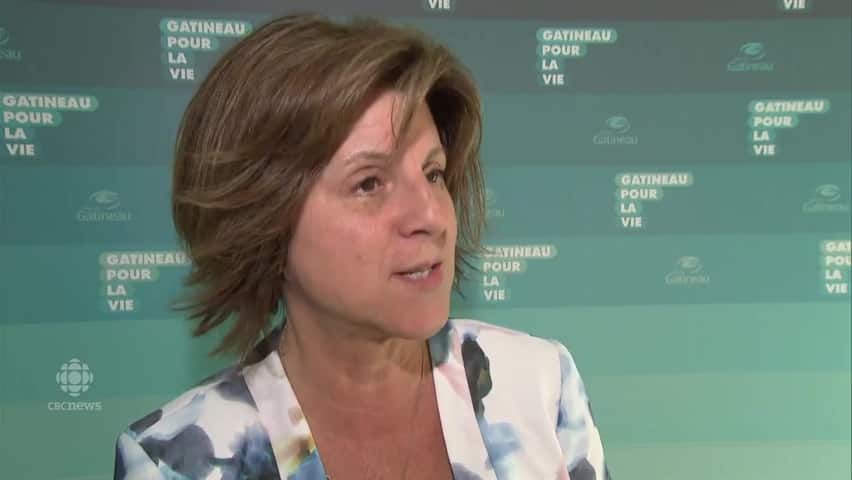 3 years agoVideo
0:41
The president of the municipal health commission, Renée Amyot, said members couldn't come to a consensus on whether Gatineau's pot regulations should match Ottawa's, given the city's position on the provincial border. 0:41

They also agreed to monitor the situation for one year and consider changes in the fall of 2019.

Gatineau Mayor Maxime Pedneaud-Jobin said there are concerns about what legal pot will look like and the city will need to be responsive once it rolls out.

"We don't have enough facts to be able to predict what will happen," Pedneaud-Jobin said. "But we know what we control and we control our rules and regulations and they can be changed quite quickly. So if we see any phenomenon that is not welcome we can change our regulations very quickly."

The final vote will take place at the next council meeting on July 3.