The Ontario Real Estate Association wants the province to introduce more protections for homebuyers from properties damaged by cannabis grow-ops — and it wants those changes made before recreational pot is legalized later this summer.

The Ontario Real Estate Association (OREA) wants the province to introduce more protections for homebuyers from properties damaged by cannabis grow-ops — and it wants those changes made before recreational cannabis is legalized later this year.

"Make no bones about it, as of this summer more people will be growing pot at home," warned OREA president David Reid at a media conference at the Ontario legislature Monday.

Reid pointed to statistics from police in Denver, Colorado — where the drug has been legal since 2014 — suggesting one in 10 homes in that city is being used to grow cannabis.

"Ontario must take steps to protect homeowners and prospective homebuyers about the health and safety risks associated with former marijuana grow-ops," said Reid.

The head of the Ottawa Real Estate Board, Ralph Shaw, said he's seen what can happen to homes damaged by cannabis grow-ops.

"It's the mould and the fungus and the moisture that causes the problem ... and it can destroy the frame structure of a house. So you're into not just tens of thousands, but certainly $50,000 to $100,000 isn't uncommon to clean up and retrofit a home that's been used as a grow-op, so it's very serious," Shaw said.

An OREA report asks for these five changes to Ontario law:

OREA has tried before to lobby the province to introduce a registry, and supported a 2013 private member's bill from Nepean—Carleton MPP Lisa MacLeod, which did not pass through the legislature.

OREA now suggests with legalization looming a registry is more important than ever, saying that the number of illegal grow-ops rose in Colorado following legalization there.

However, Kelly Moye, a spokesperson for the Colorado Association of Realtors, said the association hasn't called for a registry in that state.

Although Moye said she likes the idea of rules protecting homeowners and buyers by mandating remediation, a registry could permanently stigmatize homes and neighbourhoods.

Under Colorado law, for example, homeowners don't have to disclose former meth labs as long as they're cleaned up according to state regulations, Moye said.

A spokesperson for the Ministry of the Attorney General did not close the door to OREA's suggestions.

"As we approach the federal government's legalization of cannabis, we will continue to work with all sectors, including realtors, homeowners, landlords to ensure that people have the necessary information and protections in place to make informed decisions about buying and selling a home," wrote spokesperson Brian Gray.

The province sounded less interested in limiting the number of plants grown in smaller residences, as suggested by Gray: "The federal government and their task force recommended four plants for legal home cultivation. We have aligned with that approach (...)" 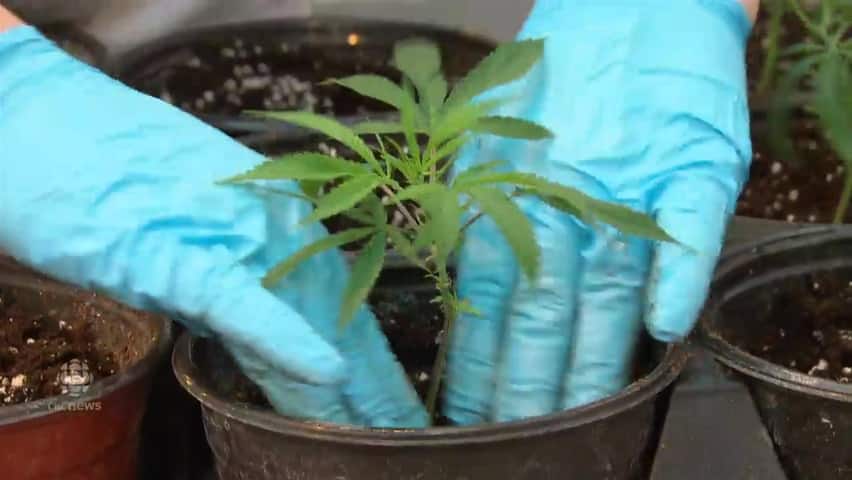 How grow-ops damage a house