The Ottawa Senators announced Tuesday morning that Scotiabank Place will be renamed the Canadian Tire Centre. 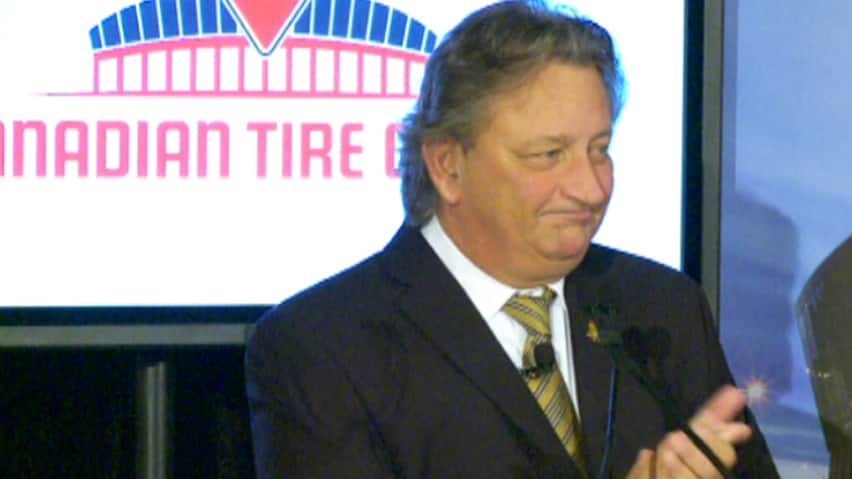 8 years ago
2:12
A large agreement between the Ottawa Senators and Canadian Tire is revamping business. 2:12

The Ottawa Senators announced Tuesday morning that Scotiabank Place will be renamed the Canadian Tire Centre.

The eight-year deal takes effect on July 1 and signs at the arena will be replaced in time for the start of the 2013-14 NHL season.

Canadian Tire will have the option to renew the deal in 2021 for another decade, then it can renew a decade

"The Ottawa Senators and Canadian Tire have been partners since 1990 when our fans first welcomed the team's announced re-entry into the National Hockey League," said Senators owner Eugene Melnyk in a news release.

"It is a long and storied partnership we are extremely proud of, and pleased to be able to build upon. Canadian Tire is an iconic brand and is one of the largest hockey retailers in the world. That represents a unique opportunity for both of our organizations to work side-by-side on a wide range of new marketing and community initiatives that will be good for our business, our hockey team and most of all, our fans."

The deal had been in the works for two months, Melnyk said, and the Senators chose not to renew their deal with Scotiabank.

Executives on either side wouldn't say Tuesday how much the new deal with Canadian Tire is worth.

The following blog compiles tweets from CBC reporters who covered the announcement.

But first, answer our poll question.