From Nashville to nobodies: Gay country artists open up about cost of coming out

Two openly gay Canadian country singers are teaming up and forging ahead after they say coming out may have hindered their careers.

'We have to keep going, stick together and rise above'

Ottawa country singer Drake Jensen fondly remembers his Ottawa debut, a Christmas show at the National Arts Centre's Fourth Stage in 2011, and feeling alive in a way he never had before.

It's a feeling he said he hasn't experienced much since publicly coming out the following year.

"To be honest, it totally detoured my career," said Jensen. "It took me away from the mainstream and sent me down a road that I didn't know I would ever travel... I'm [no longer] part of the Canadian country music scene."

Jensen is now teaming up Patrick Masse, another openly gay country singer from Vancouver. Together they're taking a stand against the intolerance they claim permeates the industry, and hoping to restore their careers along the way.

"We're doing it together," said Jensen.

Jensen said he had a tough childhood and was bullied as a kid. He always dreamed of becoming a country music singer.

The 46-year-old recorded his first album, On My Way to Finding You, in Nashville, and his single Wash Me Away made the European country music charts.

Then in 2012 Jensen went public with his sexuality in a music video featuring him and his husband. Jensen said that's when everything changed.

"It's the ultra-conservatism," said Jensen. "When I come out with a leather vest on, I'm suddenly ghettoized for being homosexual. and [people are] saying I'm a pervert. It's happened … I've had people say, 'Tame it down and don't be so overtly gay.'"

Despite Canadian country star k.d. lang's success following her coming out in 1992, Jensen said openly gay male country musicians were a rarer breed. Then he heard about Masse, who was going through a similar struggle across the country in Vancouver.

'It discouraged me for a long time'

Masse's career started much earlier than Jensen's, in 1998. He said he had early success, with his first single hitting the top 10 charts in parts of Canada. He was nominated for the Horizon Award for new artists at the British Columbia Country Music Association Awards.

Growing up in Vancouver, Masse said his sexuality was never a big deal.

But Masse said when he was 25 and about to sign with a major record label in Nashville, he was asked if "rumours" he was gay were true. Masse said yes, and claims the deal fell apart.

"It was very difficult," said Masse. "It was hard. It discouraged me for a long time."

"It's happened with everybody — from people that I've gone to approach, to musicians, to reps, to touring people," said Moore. "They come and say, 'He's gay, right? Is this going to be a problem?'"

Moore says it's been an obstacle in Masse's career.

"It's not the nicest thing to deal with. It's as blatant as it can come," said Moore.

Masse said he gradually learned to embrace who he is and open up about his story. That's when he received a message from a 19-year-old in Pennsylvania, Masse said.

"The email said, 'I just want to let you know that I was in my bedroom with a gun in my mouth … I came out to my parents and you saved my life,'" Masse recalled. "I'll never forget it." 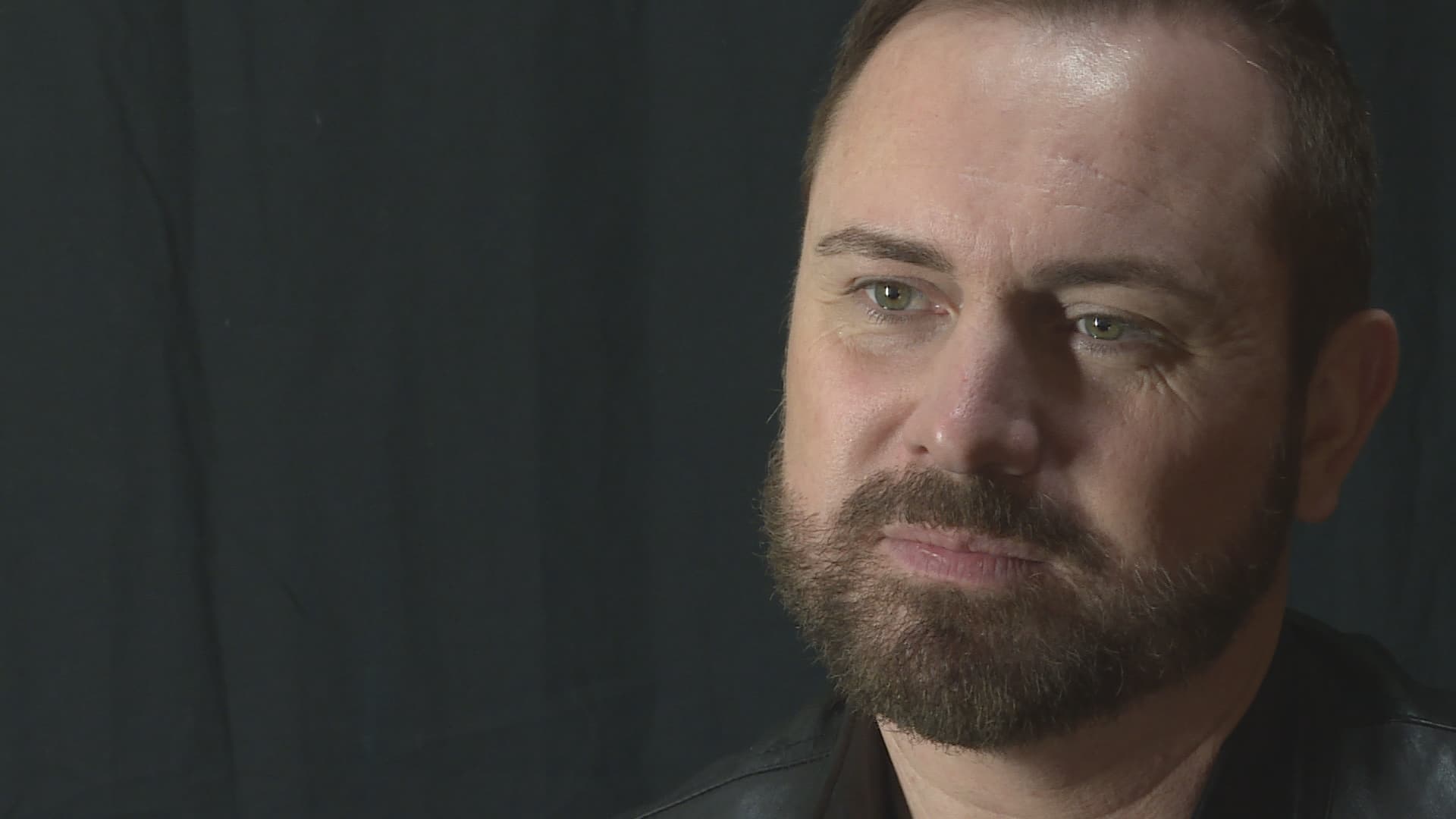 4 years ago
0:30
Patrick Masse says teen's email about saving his life, encourages him to keep singing 0:30

Jensen said he experienced a similar situation when a gay teen told the singer his Scars song convinced him not to take his own life.

"That's what keeps you going," said Jensen, who said he still keeps in touch with the teen.

Going their own way

Friends for years, the two country singers decided to finally collaborate on a song.

Masse flew to Ottawa to record Go Your Own Way — an original, not the Fleetwood Mac classic — a song, the artists say, about not being afraid to be whoever you are, and to keep moving forward.

They start touring next month in Thunder Bay, then travel to Montreal and the Maritimes, where Jensen is from.

There are signs the industry as a whole is becoming more tolerant than it once was. In 2014 country stars Ty Herndon and Billy Gilman came out on the same day, marking what seemed for some to be a turning point.

While they're not sure what kind of success they'll find, Jensen and Masse both believe they're having an impact in other important ways.

"We have to keep going, stick together and rise above," said Jensen.

"I just want to travel the world sharing my music and inspiring more people like that 19-year-old from Pennsylvania," said Masse.