Canadian corporations are losing billions of dollars a year due to corporate espionage done through tools such as social networking and cellphones, Canada's former spy head says. 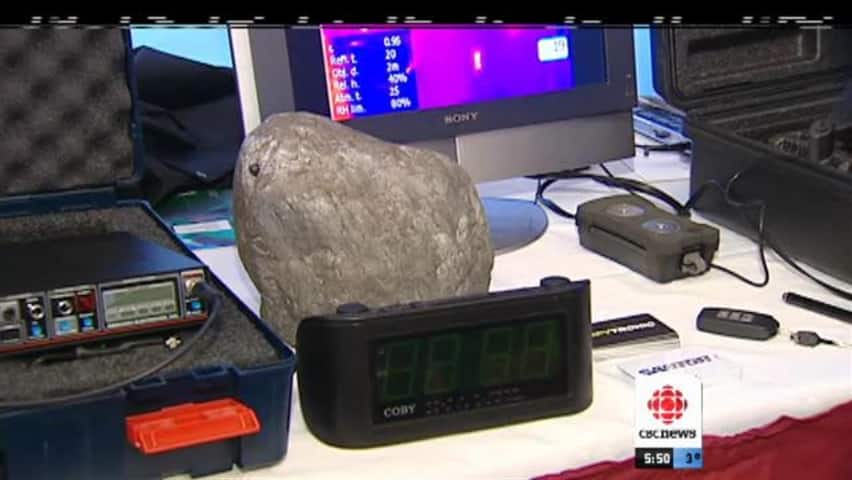 9 years ago
2:15
Corporations get some security lessons from spy experts on protecting information. 2:15

An international spy conference in Ottawa is trying to help corporations fight back against espionage and breaches that cost them billions of dollars a year.

His opening speech outlined some key figures on commercial espionage on Canadian companies. The main finding, he said, happened back in 1995 when his staff discovered some companies lost about $10 to 12 billion per year.

Juneau-Katsuya, who is now the president and CEO of Northgate Group security firm, estimated the annual cost to Canadian companies has grown to between $50 and $150 billion, even though no recent study has been done to confirm those numbers.

Some recent research contradicts those claims, though.

A Telus-sponsored computer security survey found the cost of breaches actually dropped tenfold in 2011 compared to 2010. The researchers surveyed more than 600 Canadian IT professionals across government, public and private sectors.

Corporate executives their own worst enemies

Still, the former CSIS head said this first-ever spy conference in Ottawa, which will run Tuesday and Wednesday, would help corporations decrease costs. His speech focused on executives at these corporations who he calls the "worst culprits."

"They work long hours and they have to work fast and they want to try to facilitate their work so they go around and try to circumvent the [security] protocol that has been put into place," Juneau-Katsuya said in his speech, "Opening, literally, the back door...for somebody to get inside and steal that information."

The issue in Canada is also worse than the U.S. and Europe, according to experts, because the country does not have corporate espionage laws.

The speakers including former Cuban and Chinese spies, an ex-KGB officer and a former director of the Israeli Security Agency touched on points such as those.

They also provided advice related to spying through social networking, cellphones and even through sexual encounters, which is often protected.

Many spies like to keep it close to their chest. As a result, some choose to be more selective with which companies they choose to assist.

"We have had cases where we did not feel comfortable recommending companies because of security concerns," said Aqeel Zaman, a Toronto man who works with investors at small and medium-sized businesses.

This conference tries to share as many important pointers as possible.