The owner of Bridgehead coffee shops speaks for the first time since Abdirahman Abdi's fatal confrontation with Ottawa police that began with multiple 911 calls from one of her shops, and she discusses what led up to the incident. 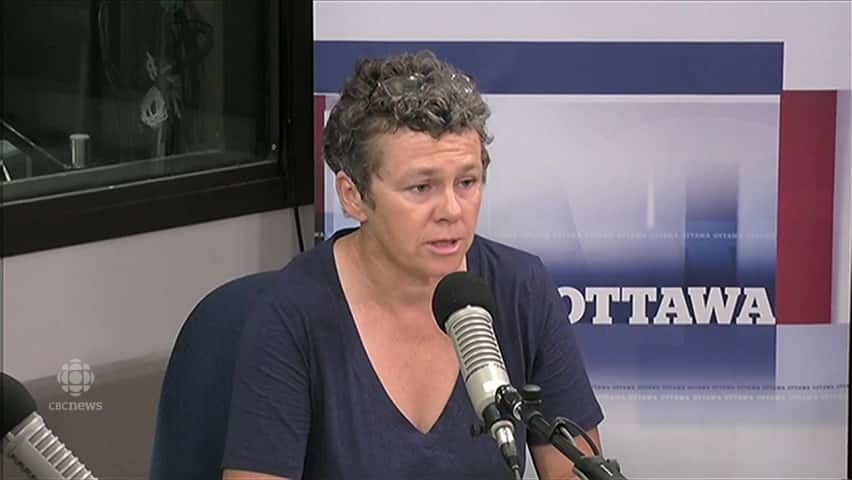 4 years agoVideo
13:49
Bridgehead president Tracey Clark says there's another side to the story about the events leading up to Abdirahman Abdi's fatal arrest. 13:49

The owner of Bridgehead coffee shops has spoken for the first time since Abdirahman Abdi's fatal confrontation with Ottawa police that began with multiple 911 calls from one of her shops, and she discussed what led up to the incident.

In an interview with CBC Radio's Ottawa Morning on Friday, Tracey Clark said she and her staff have stayed silent since July 24, when the arrest was made, out of respect for the family, for ongoing investigations, and for the customers and staff at Bridgehead who were involved.

What happened in the store was an assault and an escalating situation where there really wasn't a choice and there were multiple calls to 911.- Tracey Clark, coffee shop owner

Now, she believes it's time to speak "from the heart."

"Immediately we feel so terrible about what happened to Mr. Abdi, and our condolences are with the family in their time of grief," Clark said.

"But there's another part of the story. The story very quickly jumped to the police brutality that's alleged to be involved, and it jumped to justice for Mr. Abdi — which, on a personal level, I think is totally appropriate that it does."

Clark said the events in her coffee shop have been made "invisible," and the experience for her employees and customers has not been acknowledged.

"There was a real minimization of what the staff or the customers in the store experienced, and ... that part, the staff describe it as a bit surreal, almost, because what happened in the store was an assault and an escalating situation where there really wasn't a choice and there were multiple calls to 911."

Clark wasn't at the Bridgehead shop on the corner of Wellington Street West and Fairmont Avenue on the Sunday morning when the incident began, but said she has spoken with staff and customers who were there.

She would not go into great detail about what happened, in part due to ongoing investigations, describing Abdi's actions only as an "assault" and "harassment" of more than one person inside.

"It was a rapidly escalating situation where Mr. Abdi did harass a customer, and more than one, and several customers [sought] to move him out of the store to restrain him until police could arrive," Clark said.

We see in our shops every day, folks that may not be entirely balanced because again, we're a bit of a safe place for them to come.- Tracey Clark

She was then asked by Ottawa Morning host Robyn Bresnahan about whether police might not have been called if Abdi weren't a person of colour. Clark said the 911 calls were made in response to the behaviour, not skin colour.

"I reject that. I take real exception to it. It just never would have been the case. We deal only with the behaviours that were presented," she said.

"Mental health is also a huge issue in our community — as a society we're just starting to understand it as something that needs the same kind of attention as physical kinds of ailments. And again, we see in our shops every day, folks that may not be entirely balanced because again, we're a bit of a safe place for them to come."

July 24 was not Abdi's first visit to that Bridgehead, which is just three blocks away from his apartment building at 55 Hilda St., Clark said, and it wasn't the first time there was an incident involving him.

"He was a visitor to our store, and we were kind of aware of him, and there were some behaviours," Clark said.

"He would stand and stare at customers, or get a little bit too close, and we were beginning to hear from customers that it was making them feel uncomfortable. And so we had started to have those conversations where, 'Are you aware of this behaviour, could we ask you not to do that?' So there were some interventions like that that had taken place."

She did not say how many incidents occurred or when.

Clark did say that coffee shops attract all kinds of people and police are often called to deal with matters only as a last resort.

"We typically view ourselves as community gathering places and that we're a welcome place for all members of our community, and we recognize that there is a lot of different colours in our community. Coffee houses are like libraries, they're almost like public institutions. We see everybody. And we have, I would say, a very high level of tolerance around the various visitors that we have, and that's kind of what makes it attractive for people to visit," she said.

"There are times that we have to call the police. ... And we've only ever had great experiences with the police as partners to help us keep the environment safe for people, and so that's true in this instance, too."

Clark said the situation is hard to fit into typical narratives.

"This incident, what is that story? It's a terrible story, but very quickly it emerged that the police were the villains and it emerged that Mr. Abdi is the martyr. Well, what about the person that was groped or assaulted? What about those people, and where is their place in the story?," Clark said, adding that healing will come with unity, not division.

"I think as a community, Mr. Abdi's cousin at the vigil on the Tuesday night spoke and said we must all stand together. And I think that that's very, very true, is that we can't treat this as something that divides us.

"We need to treat it as something where we come together and we examine it but we do it in a very respectful way."

Staff at Bridgehead have been offered one-on-one grief counselling and a group session is also planned, among other accommodations to help them deal with the situation, Clark said.

Ottawa police are mandated under Ontario's Police Services Act to provide services for victims and witnesses of crime, and police Chief Charles Bordeleau called Clark Friday morning to let her know the force's victim services unit is available if needed.

"It's critical that we ... support individuals who are dealing with trauma as a result of either being a victim or witnessing an event that can have an emotional impact on them," Bordeleau told CBC News in an interview Friday.