Some chilling but bogus 911 calls were played at the trial of an Ottawa teen facing 34 charges of using the internet for "swatting" in three provinces and five U.S. states. 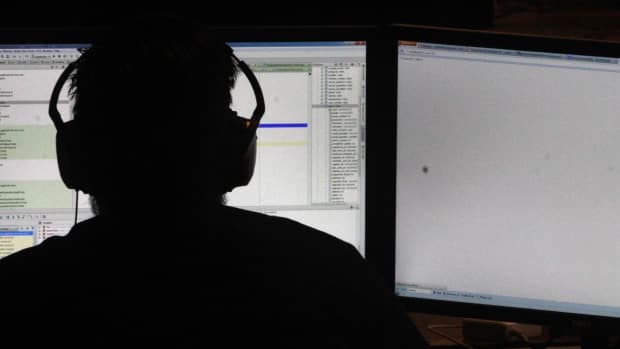 Some chilling but completely bogus 911 calls were played at the trial of an Ottawa teen facing 34 charges of using the internet for "swatting" in three provinces and five U.S. states.

Crown prosecutor Kerry McVey presented her opening statement on Tuesday, alleging the 17-year-old used a Twitter account to solicit requests on where to call in fake emergencies — a practice known as "swatting" — and taunt police.

McVey played recordings from two fake 911 calls in Stockton, Calif., which were made in the spring of 2014.

The first call from March 30, 2014, was a pretend hostage taking where the caller said there were three hostages and asked for $100,000 in a clear plastic bag. The second call, from April 9 of last year, was a nerve gas bomb threat to Sierra Middle School in Stockton.

The Crown then played a recording from a fake bomb threat at Georges-Vanier School in Laval, Que., where the caller told the dispatcher to send body bags as the dispatcher tried to express sympathy.

The boy, who can't be named due to provisions in the Youth Criminal Justice Act, walked into the Ottawa courtroom on Tuesday with his parents by his side.

During the Crown's opening statement, McVey alleged the teen used an anonymous internet phone number to send thousands of dollars worth of pizza deliveries to victims before escalating to bomb threats, fake hostage takings and reports of gunmen on the loose. McVey said the boy targeted schools, shopping centres and homes.

Police previously said the teen also boasted about making money from the hoaxes by posting photos of a bank account that paid out in the online currency known as bitcoin.

The Crown said it would present evidence including the recordings of fake 911 calls allegedly found on the accused's computer, as well as logs from Skype and a Twitter account.

Youth Criminal Court Judge Mitch Hoffman, who's presiding over the case, said he has never heard of "swatting" and needed to learn more about Twitter.

The teen was arrested in May 2014 and originally charged with at least 60 charges, including:

The Crown will focus on 34 of those charges during this trial, but McVey said authorities in Florida are going to mount their own case.

The Crown also said witnesses will include police officers from Canada and the U.S., computer forensic officers with Ottawa police, the accused's former classmate, an "accomplice" from Laval and a California teenager who was allegedly terrorized by the accused.

The case resumes on Wednesday with the Crown's witnesses.