Montreal police say Luka Rocco Magnotta is wanted in a homicide investigation in connection to the delivery of a human foot to the Conservative Party of Canada headquarters in Ottawa, and body parts discovered in both cities. 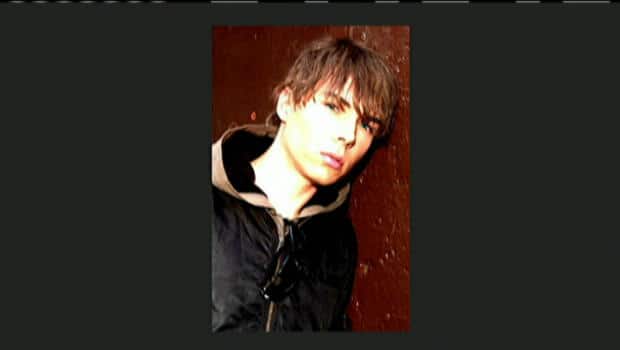 Montreal police say Luka Rocco Magnotta is wanted in a homicide investigation in connection to the delivery of a human foot to the Conservative Party of Canada headquarters in Ottawa, and body parts discovered in both cities.

Police said Magnotta, 29, is wanted on a Canada-wide warrant and police are asking for the public's help to find him.

Magnotta is also known as Eric Clinton Newman and as Vladimir Romanov. Police describe him as five feet 10 inches tall and 135 pounds with black hair and blue eyes.

Police said Magnotta knew the person whose torso was found in Montreal on Tuesday, but have yet to identify the victim.

The epicentre of the investigation is a grimy apartment building in Montreal's west end. The torso was found behind the brick mid-rise, which is near the bustling Decarie Expressway.

Sources have told CBC News that police believe they are in possession of evidence of the suspect filming the killing and dismembering of the victim.

The building manager said Magnotta had lived there for four months but hadn't been seen around in a while. He said there were never any complaints about noise in the unit, and that Magnotta passed a credit test to rent there.

"He seemed like a nice guy," the manager, Eric Schorer, told The Canadian Press.

However, neighbour Richard Payette described him as "anti-social" and said Magnotta wouldn't talk to people.

"Even when I said hello to him if I saw him, he wouldn't even respond," Payette said.

Police in masks were combing through the blood-soaked apartment Wednesday, having zeroed in on the source of a rotten stench, says a building resident.

The neighbour said police were showing neighbours pictures of two men — the suspected victim and the homicide suspect.

Montreal police said Magnotta was not known to them and had no criminal record. But CBC News has learned that he was convicted on four counts of fraud in Ontario in 2005. He served 16 days pre-trial custody and was given a further nine-month conditional sentence and 12 months probation.

The suspect's name has also come up in association with videos showing the killing of kittens. A CBC News source said police are also investigating a possible connection between the suspect and Karla Homolka.

A website is also claiming it has posted video of a killing that is possibly linked to the suspect.

Montreal police Cmdr. Ian Lafrenière said he would not substantiate internet rumours about the suspect.

"We don't conduct our investigations via social media," he said.

The discovery of the torso is believed to be linked to the foot sent to the Conservative headquarters and a hand found at a Canada Post terminal. that was addressed to the Liberal Party of Canada headquarters.

Lafrenière did not deny the second package was addressed to the Liberal Party, but told Solomon on Power and Politics it would be incorrect to link the actions to a political motive.

"I've been a police officer for more than 20 years now and I met officers that were doing an investigation for more than 30 years and they said they never saw a scene like that," said Lafrenière

"So it would be hard for me to say there is a political reason for this," he said.

The hand and foot mailed to Ottawa were sent from a fake Montreal address, police said. Police also said there were other body parts sent by mail that they are still investigating.

Other body parts were also found at the same location where the torso was found. Police have not positively identified the victim.

Lafrenière described the scene of the alleged crime as "horrible" but said investigators would be releasing few details for now.

"The most important thing for us is to nab the suspect, and to make sure we don't jeopardize a future trial. I'd have a lot of trouble, as a father, to sleep if that happened."

The foot was discovered Tuesday after Ottawa police were called to the Conservative Party of Canada headquarters at 130 Albert St.

A party spokesman told CBC News the package was brought to Prime Minister Stephen Harper's campaign manager Jenni Byrne. She examined the package after it was opened, he said, but called police when she saw the blood and smelled the odour.

"Conservative Party staff are very upset and disturbed by what happened yesterday. It was such a horrible odour I'm sure many of us will never forget it," said Fred DeLorey, director of communications for the party.

The hazardous materials unit was called in and the coroner soon confirmed the package contained a human foot that was partially decomposed.