Bluesfest bird's nest on the move

A bird's nest that had threatened to delay construction of Ottawa Bluesfest's main stage is on the move after festival organizers got permission from the federal environment ministry.

A bird's nest that had threatened to delay construction of Ottawa Bluesfest's main stage is on the move after festival organizers got permission from the federal environment ministry.

Environment and Climate Change Canada issued the permit to the festival on Tuesday under the federal Migratory Birds Convention Act, allowing the relocation of the nest to a "nearby suitable habitat."

The killdeer's nest — and its four eggs — were first spotted last Friday during initial setup.

Crews blocked off the area surrounding the nest with caution tape while the National Capital Commission, which owns the festival grounds, hired a security guard to watch over the nest around the clock. 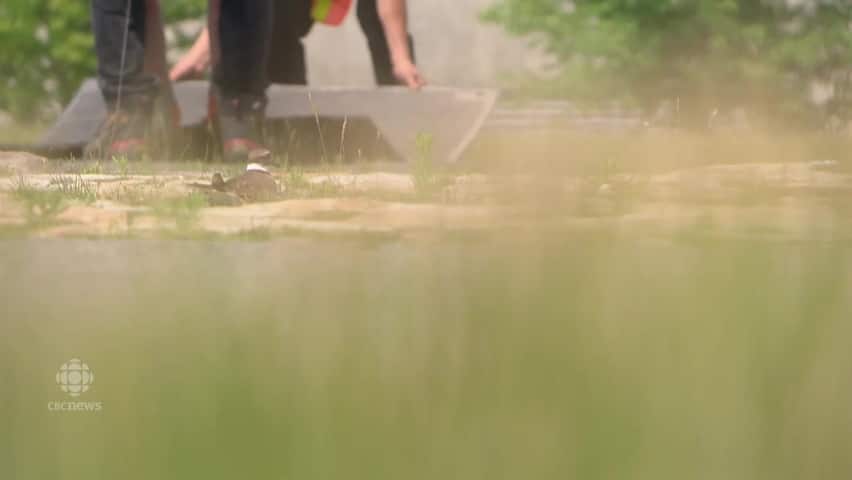 3 years agoVideo
0:26
Bluesfest organizers have permission to move the killdeer nest so the main stage can be erected. 0:26

The killdeer is not a species at risk, the federal ministry said in a statement Tuesday, though their population in Canada has declined over the last 40 years.

"The relocation will allow the nest to remain and eggs to hatch in the natural environment," said Amélie Desmarais, a spokesperson for the ministry, in an emailed statement.

"In the event of nest abandonment, eggs will be transported to a rehabilitation facility to provide the best probability for survival."

The bird's nest is being moved slowly, a metre at a time, by Monika Melichar with the Woodlands Wildlife Sanctuary in Minden, Ont., to see if the bird follows it to its new location. 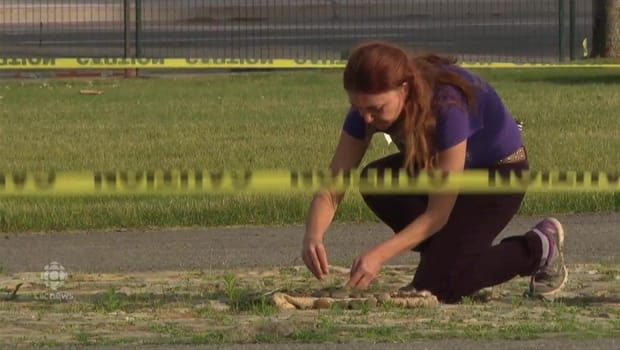 2 years agoVideo
0:36
Here's what it looks like to slowly, carefully move that killdeer's nest at LeBreton Flats. 0:36

The plan is to move the bird to a spot about 25 metres away.

Melichar said the goal is to make sure the work happens slowly and the birds don't abandon their nest.

"The greatest challenge is to have the birds accept the moves of their nest," she said.

Speaking Tuesday evening, she said it was going relatively well with the birds accepting the incremental moves.

"I could tell they are very possessive of their nest, which is wonderful actually."

Melichar said if the birds don't accept the move, there is an incubator ready to go for the eggs.

They would be hatched at the wildlife sanctuary near Haliburton but eventually returned to the wild.

She said everyone is prepared to do what it takes to avoid that scenario, however, and instead have the birds born here.

"We are willing to take the time to do it, because it's really important that we do it right."

Construction of the stage was scheduled to begin Tuesday.

Monahan said if the bird is successfully moved Tuesday, work can resume Wednesday and the festival should get back on schedule.