A Dutch grocery store in Ottawa has cancelled an appearance by controversial holiday character "Black Pete."

Customers of a Dutch grocery store are fuming that a controversial holiday character will not make an appearance at an annual party amid an uproar from others that call the tradition racist.

Ottawa's Dutch Groceries and Giftware on Clyde Avenue said in a Facebook post on Wednesday they are dropping St. Nicholas' sidekick Zwarte Piet, also referred to as "Black Pete," from the party on Saturday.

According to Dutch tradition, Zwarte Piet, is often represented by white people in blackface and frizzy wigs.

Many people with roots in the Netherlands say Black Pete is a harmless children's character, but others say it's a racist caricature of black people. 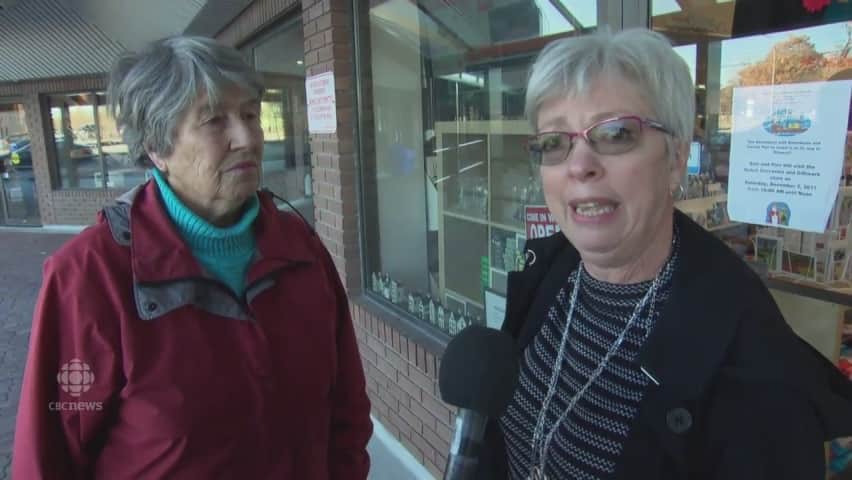 'It's not racist': Dutch store customers react to uproar over 'Black Pete'

3 years agoVideo
0:45
Customers of a Dutch grocery store are fuming that a controversial holiday character will not make an appearance at an annual party amid an uproar from others that call the tradition racist. 0:45

The grocery store said this is the first year they have been asked to change their event after complaints from the public.

"For more than 60 years the Dutch Groceries store has brought this great tradition to Ottawa by welcoming Sint Nicolaas and Zwarte Piet in the store," its owners Henk and José van Zijl wrote Tuesday in a Facebook post.

"Children, parents and grandparents get the chance to meet the bishop and his assistant and to enjoy gifts and candy. More than 100 children usually come to the store on the first Saturday in December."

"The Ottawa protesters have threatened us with actions which would make this fun event impossible," they wrote on Facebook, without elaborating on what these threats were.

​CBC News has reached out to the van Zijls for comment.

César Ndéma-Moussa, president of the Caribbean Union of Canada, helped to start a petition against the event, which prompted the cancellation of Zwarte Piete.

"[He's] a slave-era representation of the discrimination and racism against blacks … with the usual stereotypes of blackface, big lips and a clumsy character," said Ndéma-Moussa.

The van Zijls said they would revisit the issue next year, but Ndéma-Moussa said he hopes Black Pete is gone for good, and that Dutch stores across Canada stop selling Black Pete merchandise.

"It's being sold to children as a normal thing with the narrative of a helper who got a black face because he went down the chimney," he said.

"These are just failed attempts to mask racism because it sells, because people are buying into it, and this is why we have to stand up to it."

But some customers who were at the store Wednesday were shocked to hear Black Peter's appearance had been cancelled.

"I'm very upset that they will disturb this children's tradition.... It's unbelievable," said customer Jenny Van Oosteen outside the shop.

"It's a very nice tradition for little children.... And if I can remember when I was a child and they would have said there's no more Sinterklaas and Zwarte Piet, I would have cried my heart out."

"I'm very upset. We will still carry on that tradition with my family and my grandchildren," said Anna Russell.

The petition, launched by the Caribbean Union and anti-racism group Solidarity Ottawa, took aim at another weekend event.

It said the Ottawa Dutch School has an annual party with Black Pete in December.

The school is part of the Ottawa Catholic School Board's international languages program.

A school board spokesperson said Wednesday afternoon that Black Pete will not make an appearance at that party, either.

"Out of respect for diversity and heritages of all our students and their families, our International Languages Program event this weekend will not involve Black Peter from the Dutch Christmas tradition," wrote Jonathan Juane in an email.

Juane did not confirm whether the character has been part of past parties at the school.