People in Ottawa who identify as Black have been hit disproportionately hard by the COVID-19 pandemic, a new report looking at race suggests.

People in Ottawa who identify as Black have been hit disproportionately hard by the COVID-19 pandemic, a new report looking at race suggests.

According to the Ottawa Public Health report, Black people made up roughly 37 per cent of early cases where transmission occurred in community settings, but only make up seven per cent of the city's population.

"It is overwhelming. It is concerning and it is urgent," said Hindia Mohamoud, director of the Ottawa Local Immigration Partnership (OLIP), during a virtual news conference on Tuesday, in reaction to the data.

Ottawa Public Health's findings are based on COVID-19 cases diagnosed from the start of the pandemic until Aug. 31. The data does not include any cases of people who have died or people living in long-term care, retirement homes or other congregant settings.

Thirty-eight per cent declined to participate in the study or couldn't be reached. In all, 1,444 cases were studied.

'We are not in this together'

As previously reported, Ottawa Public Health found that 63 per cent of the cases studied were people who identified as non-white or non-Indigenous, even though diverse communities only make up 29 per cent of the city's population. Most were immigrants and only half of all people with COVID-19 said English or French was their first language.

"We are not in this together. The risk that is facing racialized populations is disproportionate," said Mohamoud.

WATCH | Mohamoud says people of colour more likely to work jobs they can't do from home: 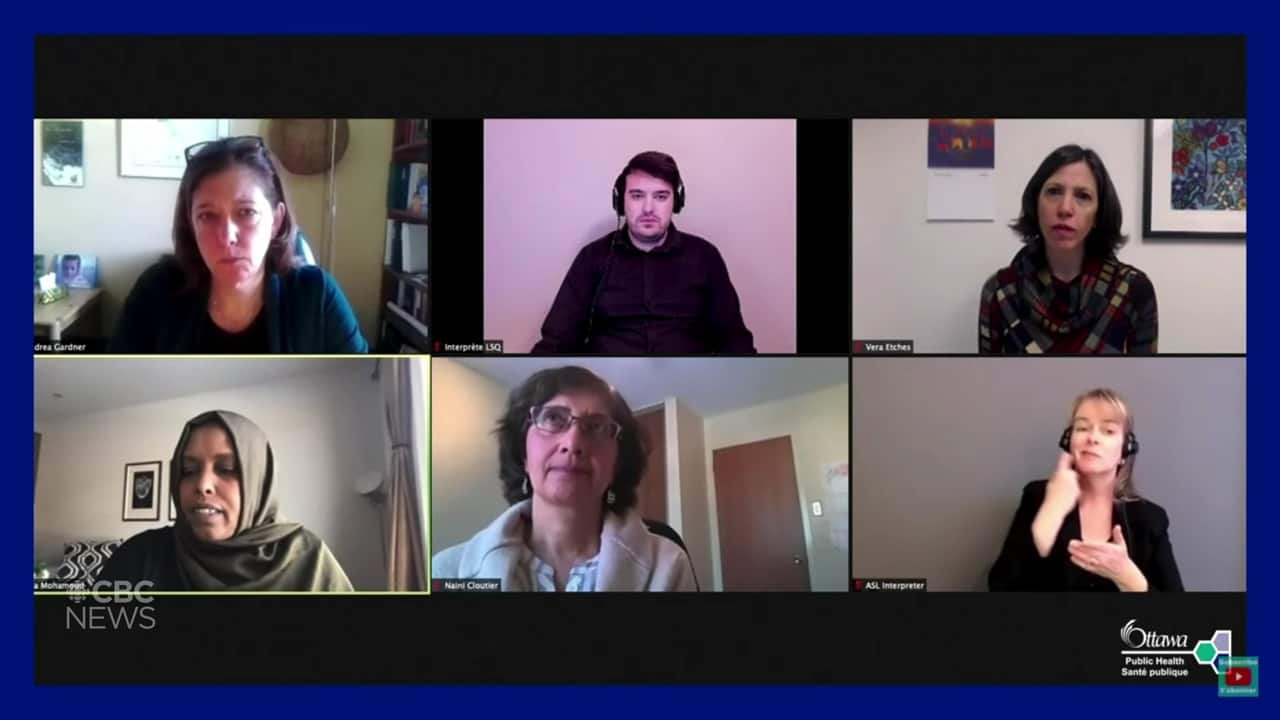 People of colour face higher risk from COVID-19 in Ottawa

2 months agoVideo
1:12
Hindia Mohamoud, director of the Ottawa Local Immigration Partnership, says immigrants and people of colour are more likely to work in essential jobs they can’t do from home and therefore have a higher risk of being exposed to the virus. 1:12

Among the possible reasons for higher rates in Black and other non-white communities are the types of occupations people hold, said Mohamoud.

"We need to hear community voices to design appropriate responses and interventions to address barriers to health," she said.

"If a testing van shows up unannounced in a newcomer community, nobody will use it," she said. '"Our approach is to engage in advance with communities."

Dozens of staff members, who speak multiple languages, have knocked on "hundreds" of doors, she said, as well as set up COVID-19 information booths at apartment buildings and talking to riders at bus stops. Workers have passed out thousands of masks and bottles of hand sanitizer, she said.

What is clear, said Cloutier, is a "one size fits all" approach doesn't work to solving health inequities. The same testing strategies that work for suburban home owners will not necessarily work in newcomer, low-income communities.

"This has been a transformational moment for everyone where we have seen the gaps to be so huge for these communities."

Etches noted at the end of Tuesday's call that a deeper look at how COVID-19 has affected Indigenous Ottawans, those who identify as First Nations, Métis or Inuit, is expected at a later date.