A Black man who was pulled over and wrongly accused of having an expired sticker on the licence plate of his rental car believes he was the target of racial profiling, and says he'd like to see Ottawa police undergo better training. 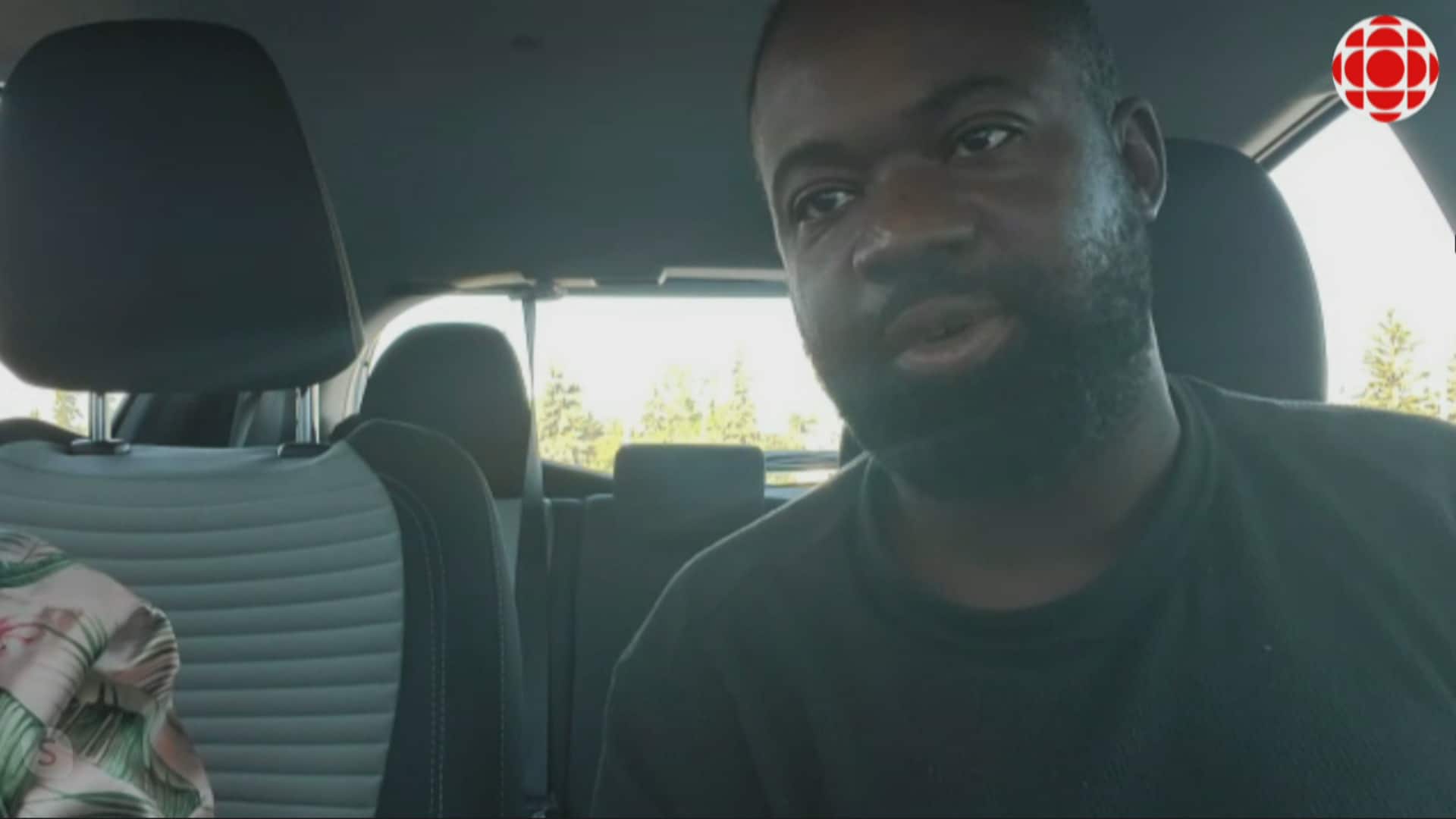 2 months ago
1:04
Jean-Claude Fenelon, who posted a video of his interaction with an Ottawa police officer, says he’d like to see more training for police officers in the city. 1:04

A Black man who was pulled over and wrongly accused of having an expired sticker on the licence plate of his rental car believes he was the target of racial profiling, and says he'd like to see Ottawa police undergo better training.

Jean-Claude Fenelon said he posted a video of his encounter last month with an Ottawa police officer on social media out of "frustration" because he's experienced several similar traffic stops recently.

In an interview with CBC, Fenelon described the encounters as "racial profiling," and said he has lodged a formal complaint with the Ottawa Police Service in the past, but has never heard back.

"I wanted to make sure that this got heard," Fenelon said. "When you try to get this stuff out, and you feel so frustrated, you want people to see this is a reality, this is fact."

It's for that reason, Fenelon said, that when he was pulled over on July 27, he decided to start recording. 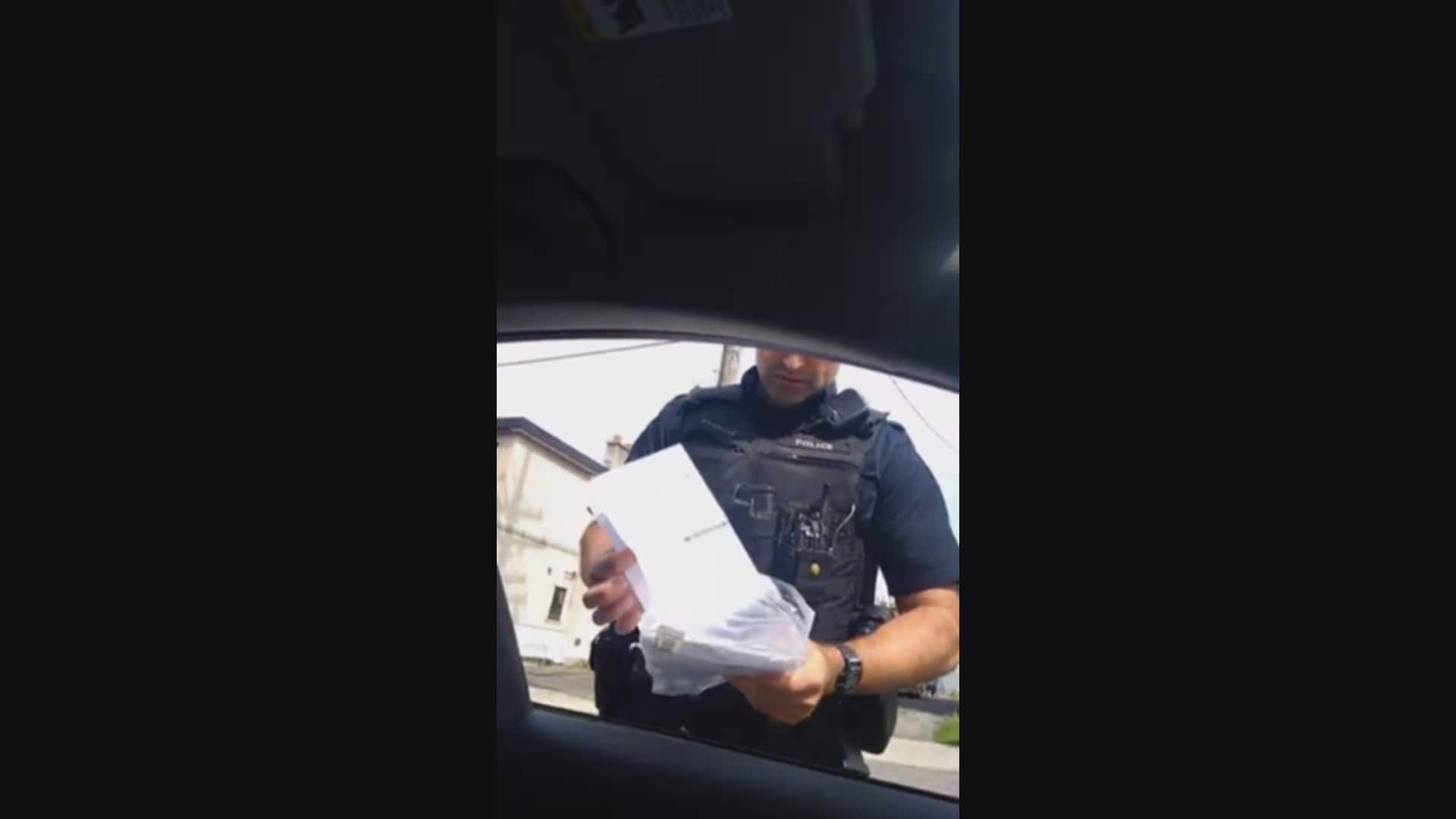 2 months ago
3:33
Jean-Claude Fenelon posted this video on social media after being pulled over by an Ottawa police officer and wrongly accused of driving with expired stickers on his license plates. Warning: Video includes language some may find offensive. 3:33

The video, captured July 27, shows an officer approaching the driver-side window of Fenelon's vehicle and explaining he stopped him after observing an expired sticker on his licence plate. Seated behind the wheel, Fenelon disputes this and tells the officer the vehicle — an Audi — is a rental car.

The officer continues to ask Fenelon questions about how long he's been renting the vehicle, and why he rented a car in the first place. He also asks to see Fenelon's driver's licence.

The officer tells Fenelon the sticker expired in December, and that it is his responsibility to make sure the auto insurance is up to date, even if it's a rental.

Fenelon eventually asks if he can exit the vehicle to see the expired sticker for himself. The officer agrees, but when both men look at the rear plate, the officer quickly realizes the sticker is in fact valid and admits his error.

"Oh, that's my mistake," the officer can be heard saying on the video.

"Did you say because it's a Black person?" Fenelon responds.

Plea for a better future

Fenelon said he believes the officer spotted him as he drove by and only stopped him because he's Black. He said had the officer truly run the vehicle's plates before approaching him, as the officer said on the video he had done, there would have been no question the sticker was valid.

"I'm 100 per cent sure this was not actually for plate expiry. It was for something else," Fenelon told CBC.

I know this [has] not just happened to me. I want this to be a better system.- Jean-Claude Fenelon

Fenelon's complaint comes at a time of global reckoning over police power, funding and treatment of minority communities. Ottawa's police chief, Peter Sloly, has said publicly that he will tackle racial discrimination within the ranks.

"I want the future to be better for the Ottawa police, and us," Fenelon said. "I know this [has] not just happened to me. I want this to be a better system.... I want the system to feel that we're all equal, and not just picking people randomly because they look different."

Fenelon said the encounter made him think of his two young children, and how he'd explain it to them.

"What I want to teach my kids is to respect the police, and also to know they have their rights ... so that in the future I don't want this to keep happening," Fenelon said.

"We have reviewed the video and the resulting social media posts. There was a respectful officer trying to ensure road safety while explaining his concerns to the driver. There was a respectful driver trying to safely operate his rented vehicle while explaining his actions to the officer. During the interaction, the officer realized he made a mistake — he owned it and fully apologized for it.

"The Ottawa Police is very aware of the legitimate concerns raised by community members about racial profiling. As a Service, we strive to make all of our interactions with the public respectful and bias-neutral. We have introduced new policies, training and education for all officers in order to address these issues. We recognize that we must always look for ways to improve."

The group said it "strongly condemns" the traffic stop.

"JFA maintains that this is a classic example of a pretext stop and racial profiling by Ottawa Police, and we are calling on the Ontario Human Rights Commission to conduct a broad public interest inquiry under section 31 of the Ontario Human Rights Code into racial discrimination and racial profiling by Ottawa Police against Black people," the coalition said in a statement.