The foreign-owned Beer Store consortium denies it is trying to head off being charged a government fee for its virtual monopoly on beer sales by offering to open up ownership to all Ontario-based brewers.

Ontario Craft Brewers say they weren't consulted: 'We have a lot of questions' 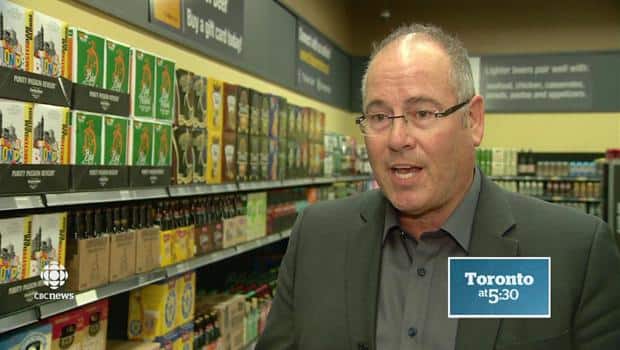 The foreign-owned Beer Store consortium denies it is trying to head off being charged a government fee for its virtual monopoly on beer sales by offering to open up ownership to all Ontario-based brewers.

"This is not related to that at all," said Beer Store spokesman Jeff Newton.

The Beer Store has been listening to brewers and its customers, and has been working for months on the revamped ownership structure, added Newton.

Ontario brewers that sell more than five million litres a year would pay $1,000, and smaller brewers $100, to become owners and get a Class E or Class F share in the Beer Store.

Ontario-based brewers are also being offered a total of three seats on the 15-member board of directors of the Beer Store. Molson and Labatt would each have five seats on the board and Sleeman two seats.

"With those three seats they get a say in decision-making and governance of the business on all the operational and financial policy decisions, so there's a voice that they now get at the table," said Newton. "And when they come in as owners, they'll be treated financially the exact same way as the large brewers are treated."

The Beer Store said small Ontario brewers that sell fewer than one million litres a year will be exempt from capital costs for opening new stores and from pension obligations.

The Beer Store also announced a number of measures to make it easier for small brewers to get their product on their shelves.

Small Ontario brewers — defined as those who sell fewer than one million litres/year at the Beer Store — will pay no listing fee when stocking two of their products at the five Beer Store locations closest to their brewery.

"Those policies will also get brewers greater access, and you don't have to be an owner to get those changes," said Newton.

Ontario Craft Brewers chairman Cam Heaps said in a statement the announcement came "as a complete surprise to our members."

"It certainly does not address our major issue of improving access for consumers. Before we can comment, we need more information; we have a lot of questions," Heap said.

"Our goal continues to be fundamental change to Ontario's beer distribution channels that will result in a doubling or tripling of the jobs currently created by the craft brewers as well as the ability to reach our full share of market potential." he said.

But Paul Meek at Kichesippi Beer Co. in Ottawa — one of the small brewers in the province selling fewer than one million litres a year — says the change will allow him to get his product to new customers and save thousands of dollars he would've had to pay to get listed at the Beer Store before.

"We're going to find out exactly how those rules work and make some calls and hopefully have our two existing six-packs into those stores immediately," said Meek.

Meek said having small brewers at the table is a big step in the right direction.

Brewer Brad Clifford doesn’t think much of Wednesday’s announcement that The Beer Store will do more to accommodate local craft beers in its stores.

Clifford, who recently moved to Hamilton after starting Clifford Brewing Co. in downtown Toronto, called the move “interesting,” but said it move won’t change how he and many others plan to distribute their beers.

“To be honest, I have no plans — in its current format — to ever sell in The Beer Store. I just don’t see the point,” he said, adding he figures that even if he tried to sell beer there, his product would be relegated to the back reaches of the store.

“What we want to see is our own craft beer stores more than anything,” Clifford said.

He plans to sell his latest batch of Clifford Porter — an award-winner in the past — by the keg at bars across southern Ontario. Nothing is for sure, he said, but it’s likely several of the 60 kegs will be on tap at select Hamilton pubs in the coming weeks.

Clifford said if he did bottle beer, he’d likely try to sell it through the LCBO, though that’s also a difficult and risky process.

Craft brewers who win an LCBO “listing” then have to persuade individual liquor store managers to stock their beer.

“It can be a pretty tough sell just to get it on the shelf at the LCBO. And if it doesn’t sell right away, they’re stuck with the product so they’re not going to carry it again,” Clifford said.

“You can shoot yourself in the foot pretty fast.”

An advisory panel chaired by former TD Bank CEO Ed Clark recommended the province charge the Beer Store for its monopoly on beer sales, saying there was a clear value that could be auctioned off if the brewers won't pay up.

Finance Minister Charles Sousa's office issued a release Wednesday saying Clark's advisory panel would consider the Beer Store's ownership offer "in the context of its work," which will be completed before the spring budget.

"In the fall economic statement, we expressed support for Ed Clark's initial recommendations to improve transparency at the Beer Store, provide Ontarians with a fair share of profits and extend the sale of 12-packs of beer into LCBO stores," said Sousa's press secretary Susie Heath.

Premier Kathleen Wynne also said in a year-end interview with The Canadian Press that the relationship between the Beer Store consortium and the LCBO looked unfair and would "absolutely" be changed.

The Beer Store, the commercial name for Brewers Retail, was owned by a consortium of Ontario-based brewers when it was set up in 1927, but is now owned by Molson-Coors of the United States, AB InBev of Belgium and Sapporo of Japan. It operates 448 retail stores across Ontario.