Cuts to the province's bear response program means it's up to police to sort out unwelcome visits, and some residents in Lanark County are upset. 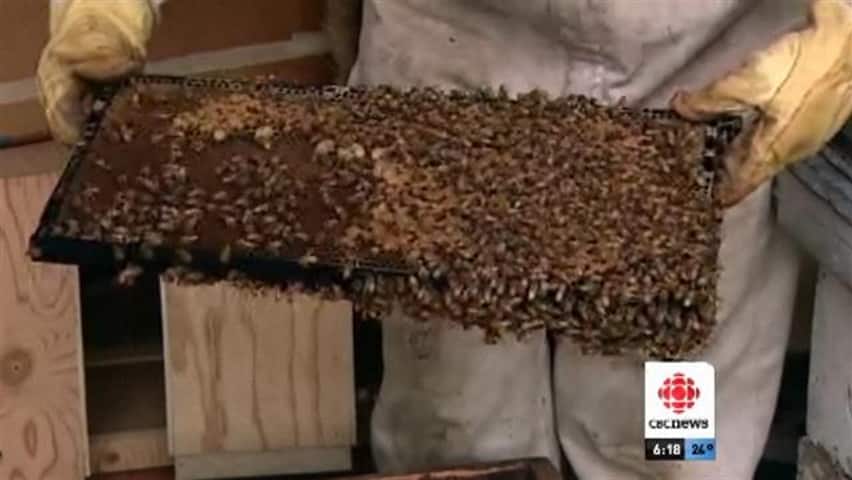 8 years ago
2:20
Residents are worried about cuts to the Ministry of Natural Resource's bear response program. 2:20

Cuts to the province's bear response program means it's up to police to sort out unwelcome visits, and some residents in Lanark County are upset.

Diane Leroux produces her Sweet Bee honey brand to sell mainly at craft fairs and some general stores. A recent overnight bear attack on three of her hives cost her 200 pounds of honey worth thousands of dollars.

She set up a dummy to scare the bears off the next morning, but while she was getting it ready, the bear appeared and stood up on its hind legs.

She said the young bear is getting more and more "cocky."

"It's not something I'm happy about," Leroux said. "I only have so much money to go around."

Beckwith Township Reeve Richard Kidd said bear numbers and sightings are on the rise after its spring bear hunt was cancelled by the province five years ago.

"I think with the population definitely growing, there's signs of people sighting bears all through Lanark County and Beckwith Township," Kidd said. "We're the fastest growing municipality in Lanark County, so I think with new housing and bears growing at the same time, it's not a very good thing.

"I think the province should be taking care of the problem. It's a provincial problem, not a municipal problem."

Const. Dave Blair is a Lanark County Ontario Provincial Police community officer. He said residents should be mindful of bears at this time of year, and not to confront them if they're spotted.

He said officers will have to give up their regular duties to take on the added task of responding to bear visits.