Pierre Dupont, banned for life from dentistry in Quebec, now a foot doc in Ontario

A former dentist who lost his licence after a patient stopped breathing in the dental chair and couldn't be revived is working again in the health-care field despite attempts to block him from practising. 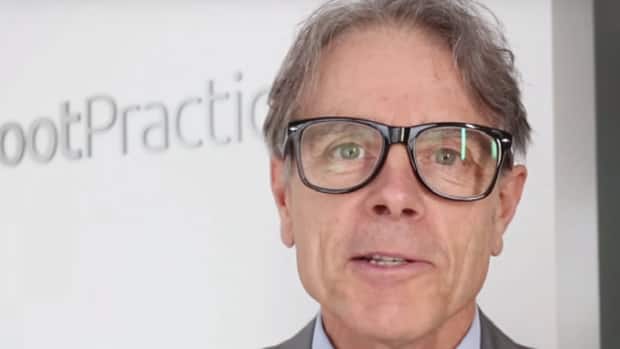 The persistent problem of Dr. Dupont

5 years ago
2:19
Former dentist whose licence was revoked after a patient stopped breathing in the dental chair and later died, is working again as a podiatrist despite attempts to block him from practising 2:19

A former dentist whose licence was revoked after a patient stopped breathing in the dental chair and later died is working again in the health-care field despite attempts to block him from practising.

A Go Public/Radio-Canada investigation found Pierre Dupont went from disgraced dentist to working foot doctor when he moved from Quebec to Ontario.

That's despite attempts by a major Quebec university and the organization that oversees podiatrists in Quebec to block him from practising.

Erika Brathwaite didn't know Dupont's past when she went to see him last August for a problem with flat feet. She contacted Go Public after developing problems following a foot procedure done by Dupont.

"It was pure shock and then I was really angry that somebody with a history like that is allowed to be licensed to do medical procedures here in Ontario," she said.

Brathwaite had researched Dupont before the procedure and found nothing alarming online. But when she started having trouble healing, she looked again.

"Just by accident, my Google settings were in French results only. I typed in the name of Pierre Dupont again and it was crazy. Google unleashed the entire story," she said.

Before she knew of his history, Brathwaite went to Dupont at his Ottawa clinic looking for orthotics.

"When we had the consultation with him he said the orthotics wouldn't be effective and the only way to get rid of my problem was to have this surgery … so I signed up for the surgery," she said.

She paid Dupont $3,750 and in October he inserted an implant into her foot, a procedure called HyProCure. Brathwaite said her pain didn't go away, and actually increased. She also said the recovery took months instead of days.

"I'd get really intense sharp pain in my foot, like a stabbing pain. I wasn't able to bear weight on it, never mind walk," she said.

It's unclear if Dupont is authorized to do this kind of procedure. Our investigation found it's not part of the program at University of Quebec at Trois-Rivieres where Dupont studied podiatry.

"In our program, the student will be exposed to the procedure how it's done theoretically, but not in practise… After he graduated from here, he is not supposed to do it because he hasn't practised it," said Sébastien Hains, director of the podiatry program.

He said one to four years of postgraduate training and a hospital residency is required for podiatrists to do that kind of procedure in Quebec.

It's also unclear what training is required in Ontario, but Dr. Steve Papp, president of the Ontario Orthopedic Association, told CBC News the province's top foot surgeons won't do the procedure.

"They don't feel there is enough literature to support using it yet, so in the province of Ontario, as far as I know, no orthopedic surgeon has used HyProCure," Papp said.

On his website, Dupont says in 2012, "through ongoing professional development and training" he was awarded the Master HyProCure Surgeon designation by the Graham International Implant Institute — the company that owns the patent for the procedure. We asked the company to clarify what training is required to earn that designation, but it didn't respond.

Go Public and Radio-Canada repeatedly tried calling Dupont to ask him about his history, Brathwaite's allegations and the concerns around HyProCure and his training.

"I don't answer questions," he said before hanging up.

After the surgery, Brathwaite says she consulted an orthopedic surgeon who told her he takes implants like hers out regularly because of pain. Dupont took the implant out in November, but Brathwaite said she still has pain in her foot that she didn't have before the procedure.

After Dupont enrolled at the University of Quebec at Trois-Rivieres in 2006 to study podiatry, the school tried to kick him out of the program after finding out about his problems as a dentist.

Dupont took the university to court and won, arguing he had disclosed information about his past to the head of program.

After graduation, Quebec's College of Podiatrists also tried to block Dupont by refusing to issue him a permit needed to practise. Dupont appealed the decision. A tribunal eventually ordered the college to issue the permit ruling there were not enough grounds to bar him.

But rather than face another battle with the college for working before the permit issue was resolved, Dupont agreed not to practise podiatry in Quebec.

That's when he moved to Ontario where the College of Chiropodists did accept him. He set up shop in Ottawa as a chiropodist, a limited form of podiatry.

Ontario College may have broken own rules

Go Public asked the College of Chiropodists of Ontario what it knew about Dupont when it made the decision to allow him to practise in that province. It declined to answer, saying it can't comment while it's investigating the complaint filed by Brathwaite.

The Quebec college says its Ontario counterpart never asked about Dupont's standing and the first they heard he was practising again was when Go Public contacted them.

With files from Manjula Dufresne and Francois Dallaire