A baby boy who made national headlines when he was born in an Ottawa jail cell last year has died of respiratory problems, confirms the lawyer of the 13-month-old's mother, who is "completely devastated." 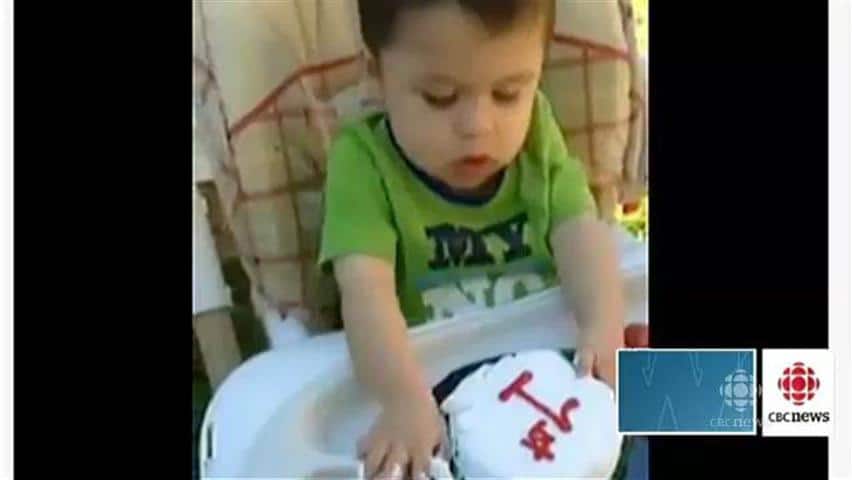 A baby boy who made national headlines when he was born in an Ottawa jail cell last year has died of respiratory problems, his mother's lawyer has confirmed.

Julie Bilotta, then 26, gave birth to her first child, Gionni Lee, on the evening of Sept. 29, 2012, while she was being held in a segregation cell at the Ottawa-Carleton Detention Centre.

"He had had respiratory problems since he was born and that apparently was the cause of his passing ... yesterday in hospital," Greenspon said. "Julie was completely devastated when I spoke with her yesterday."

Reached by phone Monday, Gionni's grandmother, Kim Hurtubise, said she was too devastated to comment.

Cornwall police said they responded to a home at about 5 a.m. ET Sunday for a 13-month-old child who had no vital signs. The child was pronounced dead at hospital.

He was born one month early and suffered breathing difficulties in his first few days of life.

Billotta has alleged that guards and nurses ignored her cries of pain for several hours before she gave birth.

She was first jailed Sept. 24 that year when she was about eight months pregnant.

'I am traumatized,' mother said after birth

"I am traumatized," Bilotta told CBC News in October 2012. "I feel totally disrespected. I feel like I had one of the most important moments of my life taken away from me, and it's just degrading."

Bilotta had three convictions on her criminal record at the time of the birth. Her first came in November 2010 when she was found guilty of theft. She was then convicted in July 2011 of breaching bail conditions from that first conviction, as well as uttering threats.

At the time of her September 2012 arrest, she was facing charges of:

She was released on bail after the birth and in February this year, she pleaded guilty to some of those charges. Her lawyer confirmed Monday that she was sentenced to time served and was living in Cornwall when her son died.

Baby 'was sick all night'

In an Oct. 6 post under Bilotta's Facebook account, in which she identifies herself as Julie Dakota Garlow, Bilotta wrote that Gionni had been having problems breathing and was admitted to hospital overnight.

"My poor baby was sick all night," she wrote. "I'm just happy we're out of the hospital! Taking a nap, then bringing him to see his brother n sister."

On Sunday, she wrote about Gionni's death.

"How could this happen to us?" Bilotta wrote. "Life will never be the same! We love you, Gionni. Mommy will be with you soon."

She then added that Gionni had stopped breathing in his sleep.

The coroner's office has been notified and an autopsy is expected later this week, police said.