No worries for 'Calabaussies' at Ottawa-area ski hill

If you live in Ottawa and suddenly have a hankering to hear Australian accents, head west. You can travel 16,000 kilometres, or 120. It's no furphy, mate. Calebogie, Ont., is a little bit of Down Under, just down the 417.

For the Bruces and Sheilas at Calabogie Peaks Resort, it's all 'mother's milk'

If you live in Ottawa and suddenly have a hankering to hear Australian accents, head west. You can travel 16,000 kilometres, or 120.

This is my second home now.- Ashley Dunkley

While major Canadian ski destinations like Whistler have long been a magnet for young Bruces and Sheilas, nearly all of the 40 or so internationals on staff at Calabogie Peaks Resort are from Oz, said Jim Hemlin, the resort's chief operating officer.

"I came over to this side of the country because I wanted to get a bit more of a genuine Canadian experience rather than the big, big resorts out west, and just thought it would be fun," Butt said.

Cafeteria worker Ashley Dunkley, 26, comes from the southern Australian province of Victoria, where there are several ski hills — but she didn't learn to ski until she got to Calabogie.

Fifi Liang, 20, works at the resort's information desk and ticket counter. She said she wanted to immerse herself in Canadian culture, and never expected to be surrounded by fellow Aussies.

"When my friend came to visit, she said I had become more Australian," Liang joked.

The "Calabaussies" have brought their unique culture to the slopes of eastern Ontario — especially their slang.

"Everyone here is speaking Australian!" Butt said. "I've been teaching everyone to say 'mother's milk,' which basically means 'it's amazing, it's nectar from the gods.' That's my favourite saying."

'Part of the Calabogie family'

Locals are sometimes perplexed to hear that Australian twang in the middle of Renfrew County, Liang said.

"They're just like, 'How did you end up in the middle of nowhere, in Calabogie?' There's a lot of that.'"

The Canadians have tried to make the Aussies feel at home, with invitations to Thanksgiving dinners and tours around nearby Ottawa. 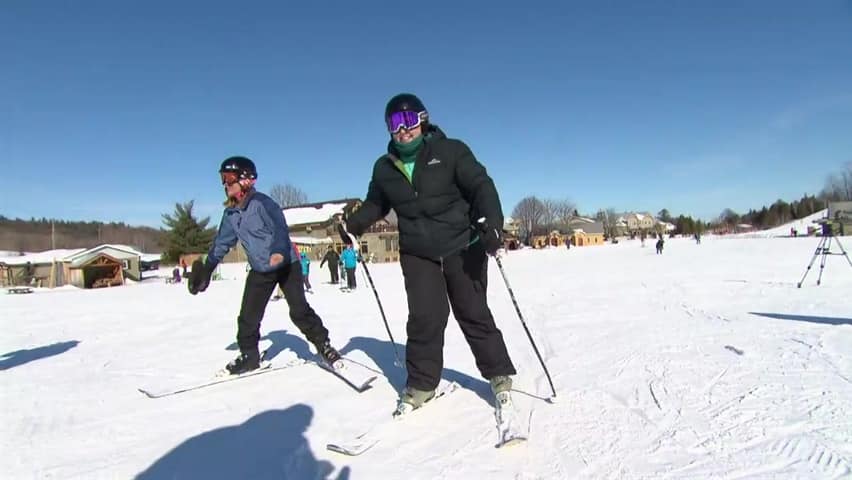 Australians on why they love Calabogie

"It's been awesome because they care about us so much. It kind of feels nice because you're away from your family," Butt said.

"They're so friendly. They're so welcoming," Dunkley agreed. "They're just so kind and make you feel like you're part of the Calabogie family."

A little pocket of Oz

As the ski season draws to a close, most of the Australians are preparing to say their goodbyes to Calabogie.

"This is my second home now. I've made so many new friends," said Dunkley, who's planning to drop by Banff before heading home to Australia.

Employee Ian Austin, 24, admitted he never expected to find a pocket of Australia in this remote part of Canada.

"I think at this point of the season, we are a little family from Australia," Austin said. 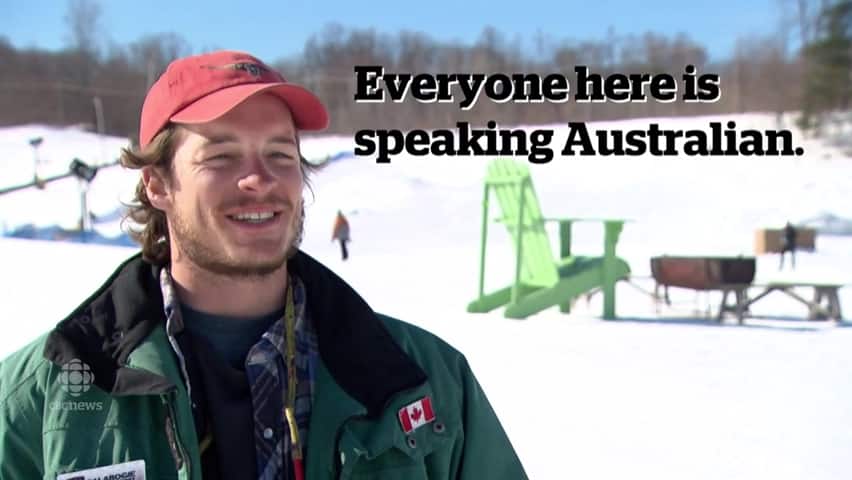 'Everyone here is speaking Australian'