The Canada Revenue Agency has revoked the charitable status of the Ottawa Islamic Centre and Assalam Mosque in the city's southeast over allegations it promoted 'hate and intolerance.'

Mosque says allegations are about guest speakers from before 2013

The Canada Revenue Agency (CRA) has revoked the charitable status of the Ottawa Islamic Centre and Assalam Mosque on St. Laurent Boulevard over allegations it promoted "hate and intolerance."

The CRA said the organization failed to devote all its resources to charity and "allowed its resources to be used for activities that promote hate and intolerance," causing it to fail the CRA's public benefit test.

The tax agency also identified problems with the organization's books and its failure to file an information return.

Within a year, the mosque must transfer all of its charity's remaining assets to an eligible donee or pay a revocation tax equal to 100 per cent of the value of all remaining assets, once it has paid any debts, the CRA said. The charity's name and the reason for its revocation are also published in the CRA's list of charities.

The mosque can file an objection within 90 days, and if it disagrees with the CRA appeals branch's future decision, it can appeal to the Federal Court of Appeal or the Tax Court of Canada.

Ali Abdulle, a mosque administrator, said the allegations come as a shock and date back to a previous administration. The current team took over in 2013.

"We have been devastated. It's like an earthquake," he said, adding that the mosque plans to fight the decision. "The mosque resources [have] never been used for any hate or any promoting hate." 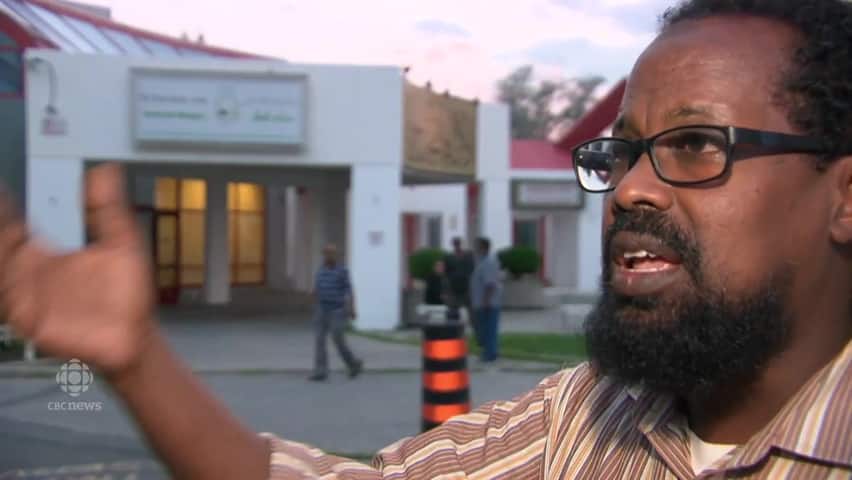 2 years agoVideo
0:45
Ali Abdulle is an administrator at the Assalam Mosque in Ottawa. He said the issues flagged by the CRA were from before the current administration took over in 2013. 0:45

The letter says that when asked to provide a list of speakers who had appeared at the mosque, Assalam provided an incomplete list. CRA officials learned about the additional events by examining the mosque's social media postings.

All four speakers are associated with the conservative Salafist school of Sunni Islam.

At-Thahabi is a New Jersey-born imam who previously headed the Green Lane Masjid in Birmingham, England, one of the U.K.'s largest and a subject of frequent controversy. At-Thahabi has been a frequent visitor to Ottawa and has spoken at other venues in the city in addition to Assalam.

He was one of the subjects of a Channel 4 documentary called Undercover Mosque that included secret recordings of his sermons at Green Lane where he spoke in derogatory terms about non-Muslims, called women "deficient" in intelligence, and said gay people should be thrown from mountains.

At-Thahabi also spoke in 2016 and 2017 in Toronto and North York at the Salaheddin Islamic Centre and the Abu Huraira Center. 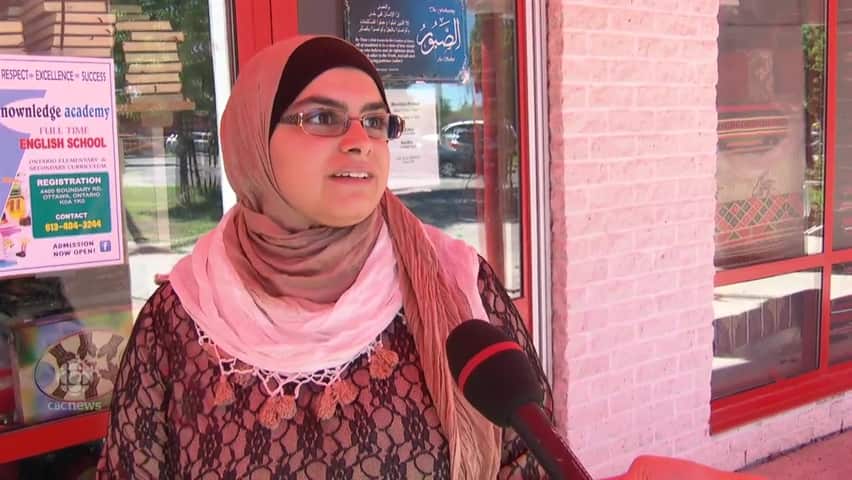 2 years agoVideo
0:49
People who attend the Assalam Mosque in Ottawa say they have never known the mosque or its members to promote hate, and were shocked to learn of the allegations. 0:49

Bilal Philips is a Jamaican-born Canadian salafist based in Qatar with over six million Facebook followers. He also has visited Ottawa frequently. Philips has been banned or deported from a number of countries including Australia, Bangladesh, Denmark, Germany, Kenya and the U.K.

Saeed Rageah is a Somali-born preacher raised in Saudi Arabia and based in Toronto, where he founded Toronto's Muslim Basketball Association. Rageah is founder and leader of the Journey of Faith Conference, which has invited controversial hardline speakers to Canada, at least one of whom — Mumbai imam Zakir Naik — was refused entry to Canada for past statements such as, "Every Muslim should be a terrorist."

The fourth speaker mentioned by CRA is Abdullah Hakkeem Quick, an American preacher who was cited for his references to the "filth" of yahud (Jews) and kafirun (unbelievers), and for saying that the Islamic answer to homosexuality is death.

The hate and intolerance allegations relate to guest speakers invited to the mosque between 2009 and 2013, who said what the CRA characterized as hateful things in other cities, according to Abdulle.

"They did not say it in our mosque, they said it somewhere else," he said. "We think it's unfair to us and it's unfair to the community to be revoking our charitable status over what somebody said."

He said the mosque community is vibrant, welcoming and promotes Canadian values.

The CRA said at least two speeches happened in 2014, after the previous administration left, and that throughout the period of review "the board of directors permitted individuals with extremist and biased views" to speak.

In its submissions to the CRA, centre officials said those talks were organized by other members of the mosque community, and that they have since closed off most of the basement to stop people meeting there without approval and permission.

The CRA had asked for transcripts or recordings of the speeches and the mosque didn't provide them, and that there wasn't enough evidence the organization did its due diligence, it said.

The name of one speaker the CRA said appears to have been radicalized and is willing to resort to violence was blacked out in the letter provided to CBC News.

The revocation of charitable status means the mosque can no longer provide tax receipts, doesn't qualify for an income tax exemption or the HST rebate.

Abdulle said the mosque will still be able to conduct its regular operations.

'There is such a thing as due process'

Ihsaan Gardee, executive director of the National Council of Canadian Muslims, said he's worried about the future of the mosque because it relies on being a charity to raise money.

"Mosques are not just simply places of worship, but they're places that provide other services as well including funeral services, blood drives, food banks, marital counselling, et cetera. So the people who are seeking those kinds of services could potentially be impacted and have to seek them somewhere else," he said.

"Of course hate speech is something we stand clearly against. I think the broader community and Canadians at large have the right to be concerned but it's important to remember there is such a thing as due process. The court of public opinion is not where these things should be decided."

With files from Evan Dyer, Ashley Burke and Kimberley Molina