It's been two years since Ashton Dickson was gunned down outside a downtown bar following what the police chief called a "simple argument." There have been no arrests.

Ashton Dickson, 25, gunned down outside Rideau Street bar in June 2017

Several times a week, Donna Dickson gets up in the middle of the night and drives to Beechwood Cemetery to rest her head on her son's grave. Once there, she prays for answers.

It's been nearly two years since her youngest son, Ashton Dickson, was shot to death outside a Rideau Street bar. There have been no arrests.

"The hardest part is that there was no goodbyes. That's what's most hurtful. There was no hug, no kiss. There was nothing," said Dickson from her Orléans home.

She's speaking publicly for the first time in hopes of spurring on the search for her son's killer.

Ottawa police haven't provided any updates on the homicide investigation since August 2017, when they released grainy photos of potential suspects.

"The only way we're going to stop them is for people to start speaking up," Dickson said.

Before he was gunned down at 25, Ashton Dickson was a celebrated football star who shattered records at St. Francis Xavier University in Nova Scotia.

At the time of his death he was working full time at an Ottawa insulation plant, but still harboured hopes of a call-up from the Canadian Football League.

We need to know what happened.- Jennifer Gonzales

Two hours before his killing, Dickson said they were at home discussing her son's desire to propose to his longtime girlfriend, Jennifer Gonzales.

They made plans to visit a jewelry store to check out engagement rings.

Just after 1 a.m., Dickson was awakened when the phone rang. It was Gonzales. She was frantic. Ashton had been shot.

Dickson and Gonzales raced downtown, but police refused to let them anywhere near the crime scene outside the Mingle Room bar.

They went to police headquarters on Elgin Street, where investigators confirmed Ashton's death at 5 a.m. There was no further information.

"We need to know what happened," Gonzales said. "If we know who [the killer] was and he's brought to justice, then we can start healing."

Charles Bordeleau, the police chief at the time, tweeted the fatal shooting had begun as a "simple argument."

Dickson said her son's friends have told her that argument began in the queue for the men's washroom, when Ashton exchanged words with someone who tried to cut in front of the line.

The disagreement that followed resulted in a group of young men being thrown out of the Mingle Room. Ashton was shot outside.

There was no surveillance video from inside the Mingle Room, but that August, investigators released blurry images of seven men captured by surveillance cameras at nearby businesses. 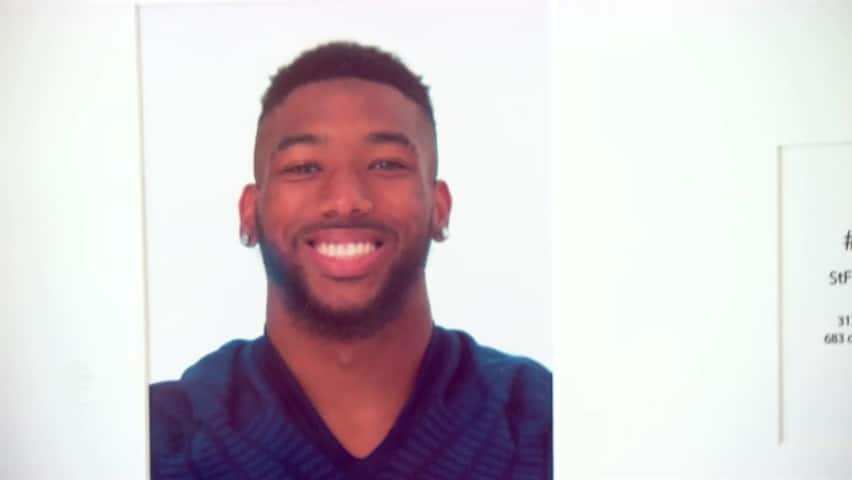 'We need to know what happened'

1 year ago
0:52
Two years after his death, Ashton Dickson's mother. Donna, is calling on witnesses to come forward to help find his killer. Jennifer Gonzales, Ashton's longtime girlfriend, says getting justice may bring the family some peace. 0:52

Det. Jim O'Connell-Smith, the lead investigator on the case, insists the homicide investigation hasn't gone cold and is still "active."

But Donna Dickson believes police can do more to generate new leads.

She wants investigators to release video footage of the suspects, and she wants Crime Stoppers to offer a reward for tips.

"The longer we stay silent, the more [the killer or killers] are going to be able to go out and feel invisible and terrorize our city," she said.

Three days before Ashton Dickson died, Jennifer Gonzales told him he was going to be a father. Their daughter, Alianna, is now 15 months old.

"Ashton left her with us and I'm so grateful for that. She's honestly a mini-him," Gonzales said.

But it's a double-edged blessing.

"When she took her first steps or when she said her first words, I automatically think of him. It's a reality check that he's gone and he's never coming back."