Asbestos at federal building was a surprise to electrician

Ottawa electrician Denis Lapointe says he was exposed to asbestos and other toxins at work for 16 years, and only recently learned the full extent of his potential exposure after filing access to information requests. 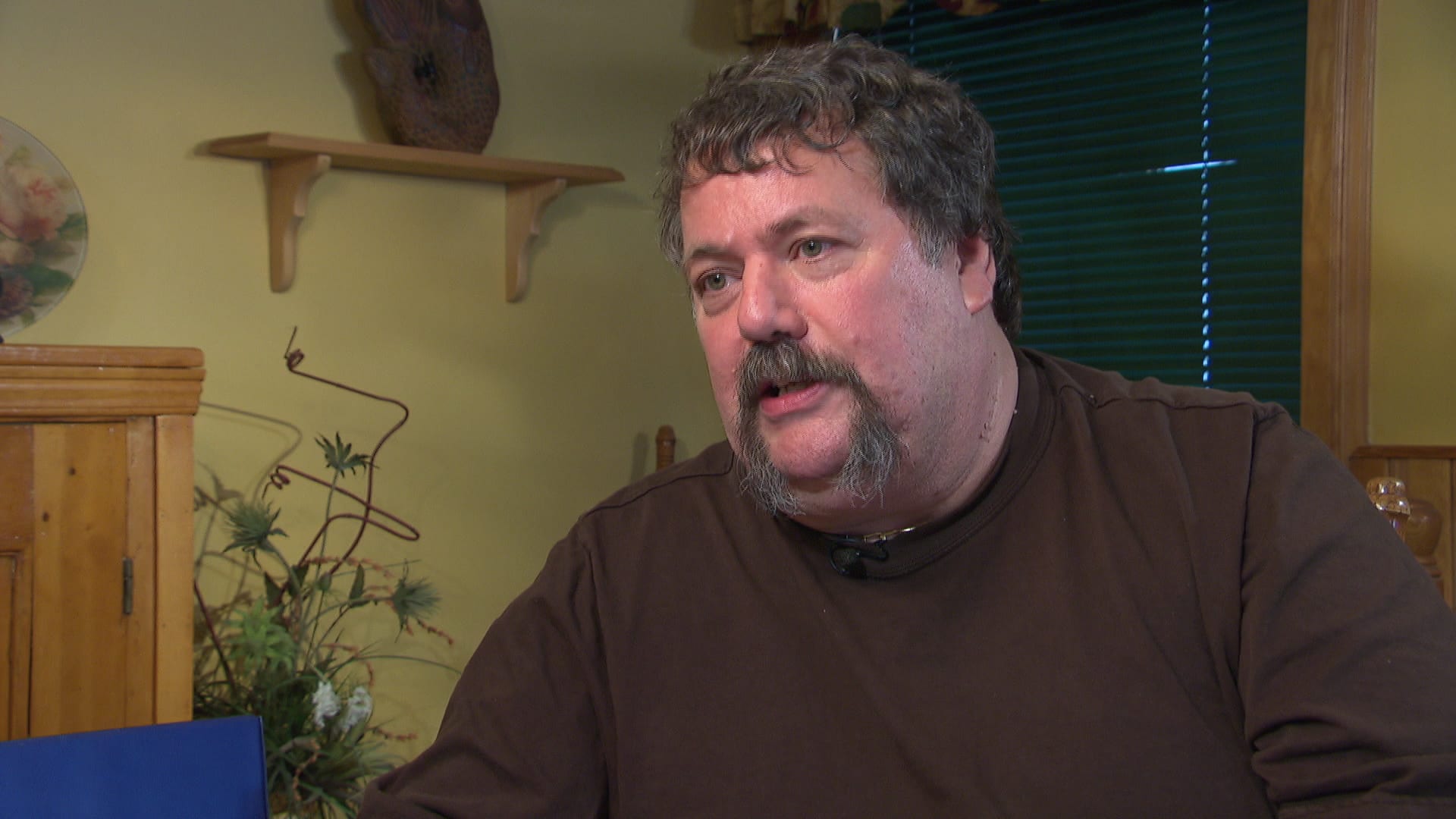 6 years ago
3:50
Ottawa electrician says recently found out he was exposed to asbestos and other toxins at work for 16 years. 3:50

Ottawa electrician Denis Lapointe says he was exposed to asbestos and other toxins at work for 16 years, and only recently learned the full extent of his potential exposure after filing access to information requests.

The 54-year-old licensed electrician and former public servant had a right to know he was working around hazardous substances.

Now he wonders how many other workers at the Canada Revenue Agency buildings at 875 Heron Rd. may have been inadvertently exposed to asbestos.

Here I was walking through this place, using air hoses and whatnot and blowing it to other people, so I have a conscience …That eats me up.- Denis Lapointe, electrician

Lapointe worked for the CRA from 1992 to 2008 and over that time, the Heron Road taxation facility accommodated thousands of workers.

His job involved drilling and pulling wires through walls, floors and ceilings. He says since he didn't know he could be disturbing asbestos all those years — his fellow workers wouldn't have known either.

"I was exposed and I wasn't properly protected, and here I was walking through this place, using air hoses and whatnot and blowing it to other people, so I have a conscience…That eats me up," says Lapointe.

Lapointe has obtained documents that show the asbestos contamination was and continues to be present on all floors of the building where he worked. Lapointe says he had to get the reports through access to information requests.

Denis St. Jean, the national health and safety officer for the Public Service Alliance of Canada, says Lapointe should have been informed of the dangers in his workplace.

"Since 1986 the Canada Labour Code applies. There should have been at least some risk assessments on whether or not these buildings have asbestos containing materials … so they can have readily available that information for their workers," St. Jean says.

On mobile? Click here to vote on whether employers should have to tell their employees about asbestos or not.

Decades of asbestos assessment reports for 875 Heron Rd. show contamination in certain areas that would be of concern to tradespeople or maintenance workers.

A consultant's report from October 2014 reads: "Based on the findings of the reassessment, the facility is not in compliance. In order to bring the subject facility into compliance with applicable regulations, GEC [the consultant] recommends repair and or removal of damaged ACMs [asbestos containing materials] as well as asbestos-containing debris."

It is not clear what policy or code the building does not comply with.

In a statement, the department says it "proceeds regularly with assessments of all building conditions including asbestos-containing materials. This report pertaining to 875 Heron Rd. is part of our regular due diligence, to ensure that the building conditions comply with all codes and regulations."

The department says there are only small amounts of asbestos in remote areas of the building. But as a tradesperson, Lapointe assesses it differently.

"It's everywhere. It lines all kinds of piping, it lines ventilation piping, it's in plaster, it's in grout that finishes the walls, it's in the cement where you're chipping, and the tiles. It's identified everywhere," he says.

Bob Kingston, a health and safety expert and national president of the Agriculture Union, a component of the country's biggest public service union, says the federal government is too often allowed to get away with safety breaches.

"In the federal public service they just say we're working on it and that's good enough. They come back every year, and as long as they have some report saying they're working on it everything is fine," Kingston says.

Lapointe sent for health testing in 1998

For years, Lapointe, a non-smoker, has suffered from poor health and breathing problems, although he has not been diagnosed with an asbestos-related disease. He's been searching for answers from his former employer – CRA – as well as other departments, including Public Works and Health Canada.

He's trying to figure out what he was exposed to in the workplace and what could be making him sick. He knows the latency for asbestos-related disease can be 10 to 40 years.

During Lapointe's sleuthing, he says he discovered correspondence showing his employer knew he'd potentially been exposed to asbestos as far back as 1998, when he and three other electricians were sent for chest X-rays and pulmonary tests.

The letter from CRA to Health Canada reads: "There is a possibility that in performing their duties over the past few years that one or all of them could have been inadvertently exposed to asbestos-containing material."

Lapointe says he wasn't told about the potential asbestos exposure. He thought he was tested because of chemical exposure in the building.

"What other reason would there have been? I can't say what I thought then because I really didn't know. Just the fact I wasn't being provided [the information] is a pretty good start that I wasn't supposed to know."

Lapointe says he was never given the results of those medical tests, but documents he's received show he was diagnosed with pulmonary restrictions on several occasions. The testing stopped in 2004 without explanation, he says.

"They never told me there was any concerns," he says.

Lapointe's concerns about the building and his health issues have now led to an investigation by the federal Labour Department.

A health and safety officer is now looking into asbestos, air quality and other potential safety issues. Lapointe and two other workers filed joint grievances detailing their health concerns and took their issues to the Public Service Labour Relations Board.

Occupational health and safety specialist Laura Lozanski says in her experience there's a lack of enforcement and political will when it comes to protecting workers.

The former nurse who oversees occupational health for the Canadian Association of University Teachers says this case raises serious issues.

"Workers have the right to go into a workplace and expect their workplace to be safe. That's the law," she says.