Artificial intelligence is set to disrupt many industries, and the Ottawa area is poised to grab a slice of the action.

That was the message delivered Thursday to 550 attendees at Impact AI, the city's first industry conference on artificial intelligence.

I would like to see Ottawa become a hub in AI.- Eli Fathi. MindBridge AI

"We have to put Canada on the map. AI is going to change everything," said Eli Fathi, the CEO of Ottawa-based MindBridge AI, which hosted the summit at the Woodroffe Avenue campus of Algonquin College.

The audience was told how AI is changing the way everyone from auditors to lawyers to health-care providers analyze large volumes of data. The conference also included a panel discussion with Navdeep Bains, the federal minister of Innovation, Science and Economic Development.

Fathi's company programs and sells software for auditors to use when scouring through records and statements, helping them discover risks for their clients.

Fathi said MindBridge is just one of a growing number of Ottawa firms finding new ways to harness the potential of artificial intelligence. 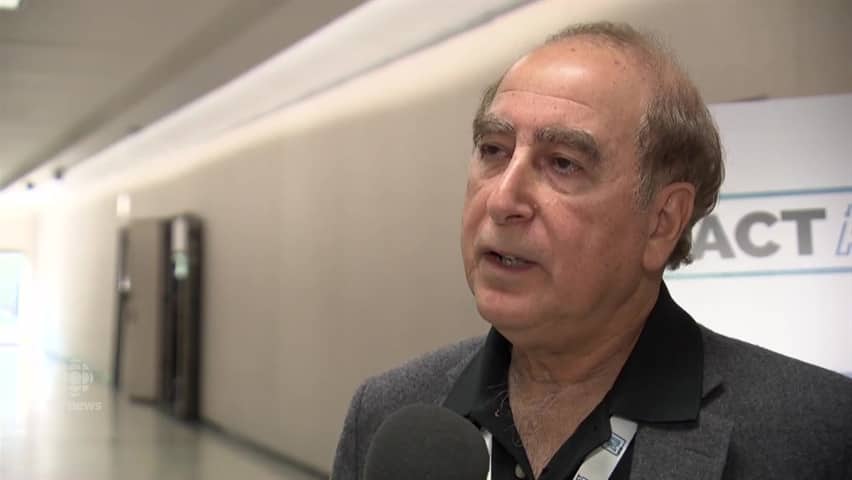 The cluster of AI offerings attracted the attention of Carla Swansburg, the chief innovation officer for the law firm Blake, Cassels & Graydon, who travelled in from Toronto.

"AI is becoming a big factor in the delivery of legal services, which have historically been based in paper and reading case law, and has been all about who has access to that information and knowledge," said Swansburg. "In a way, artificial intelligence is kind of democratizing that."

"If you want to review 400 contracts and find specific things, you can now augment the people with artificial intelligence."

However she acknowledged getting other lawyers on board the AI bandwagon can take some convincing.

"As lawyers we're trained to find problems and risks. Telling senior lawyers who always practise a certain way to just trust that the algorithms in artificial intelligence will get you to the right result is a real challenge."

Another factor Swansburg has to deal with is introducing new technology in an industry that often relies on billable hours for revenue.

"If there's a better, more efficient way to provide legal services, we all need to be doing that," said Swansburg.

In addition to promoting the Ottawa area's cluster of artificial intelligence companies, summit organizer Eli Fathi had set himself another goal: attracting more women to the sector.

"The cause of the conference is also too help increase and elevate the whole cause of women in tech," said Fathi, who pointed out that 10 of the 30 speakers Thursday were women.

It's an issue Carla Swansburg said she was pleased to see addressed.

"If you just had for example white men building algorithms for predictive artificial intelligence, I think that's a huge opportunity lost," said Swansburg. "The more diversity we can have in building these platforms the better, the more robust these platforms will be, and the more people can trust what's happening."

Fathi said he's hoping the summit will return next year as an annual event.