Arnprior ordered to get to the bottom of dump contamination

Ontario's Ministry of the Environment, Conservation and Parks has given Arnprior until June 30 to determine the origin of contaminated water that's been leaching from the area around the town's dump.

Ontario's Ministry of the Environment, Conservation and Parks has given Arnprior until June 30 to determine the origin of contaminated water that's been leaching from the area around the town's dump.

The nearly 60-year-old landfill sits on a ridge about 500 metres from the Ottawa River in the neighbouring Township of McNab/Braeside.

Analysis of water drawn from test wells around the perimeter of the landfill in 2018 uncovered unacceptable levels of organic carbons as well as iron, boron, barium and other compounds.

Mary Campbell was the township's mayor from 2006 to 2014, when she argued Arnprior should modernize the dump by partially excavating the site and lining it with a membrane to prevent leachate from entering the groundwater, and potentially the nearby Ottawa River.

"The issue has not gone away," Campbell told CBC. "Expanding the attenuation zone just means you can leach further and impact more people."

Campbell now believes it's time for Arnprior to close the dump and build a new one using more modern technology like that of Ottawa's Trail Road Landfill. Keeping the current site open is untenable, she said. 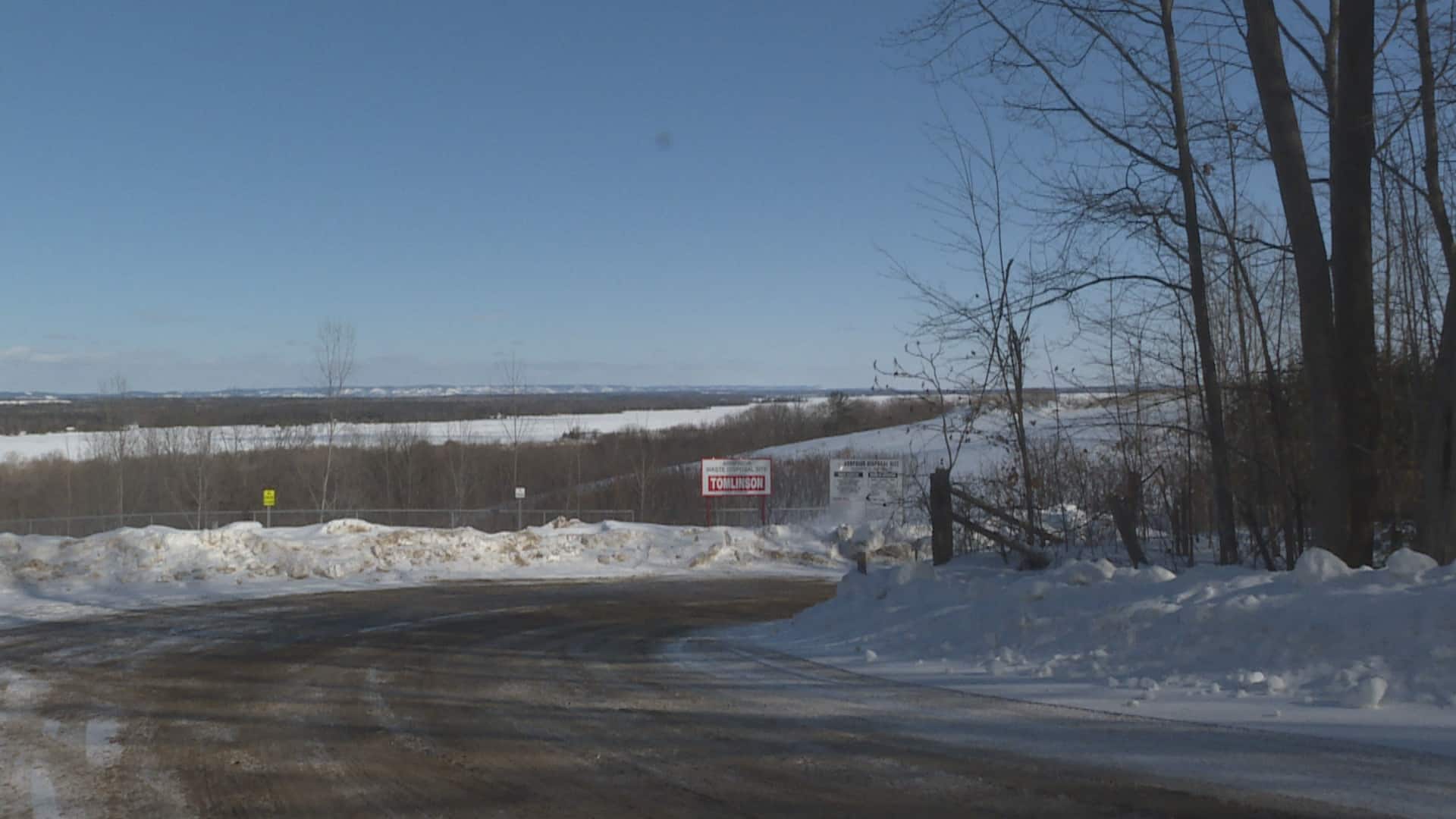 7 months ago
0:56
Mary Campbell, former mayor for the Township of McNab/Braeside, says waste disposal in the area needs to be reconsidered from the ground up — but whether that happens or not will depend on political will.  0:56

But the question of who or what was responsible for the leachate is as murky as the water at the foot of the dump itself. And if the contamination can be shown to have come from sources other than the landfill, then Arnprior won't be required to fix the problem — or pay for it.

In January, the town hired Ottawa-based Golder Associates to determine the origins of the contaminated water. To get to the bottom of the mystery, the town will pay the environmental consulting firm $12,000, but Golder's detective work won't be easy.

The Gillies Brothers sawmill, a sprawling industrial site where millions of board feet of pine lumber were sawn between 1873 until 1968, operated on much of the same land, and test drilling on the attenuation zone north and northeast of the present dump has turned up tons of wood waste.

Lorne McMahon, now in his 80s, lives in a house built by the Gillies family from lumber sawn at the family mill.

His living room window is a mere 300 metres from the present-day landfill.

McMahon worked for the Gillies for a several years and remembers watching freshly cut lumber fed through a dip of Permatox, a formulation of the pesticide and disinfectant Pentachlorophenol, to prevent discolouration.

That PCP is now listed as a toxic substance by Environment and Climate Change Canada.

"That certainly would have been detrimental to the betterment of the Ottawa River," McMahon said.

But a recent report prepared for Arnprior council by Deanna Nicholson, the town's environmental engineering officer, suggests there may be additional causes for the contamination.

In 2014, Canadian National tore up the railway running along the Ottawa River shoreline that had for a century transported lumber from the sawmill. Nicholson's report, tabled Jan. 13, points to "unknown fill quality and historical industrial activities on the former CN rail bed" as needing further investigation.

Likewise, wintertime salting of Usborne Street, which runs along the eastern edge of the dump's attenuation zone, could also contribute to elevated levels of certain compounds in the groundwater.

CBC News showed Golder's report to Ian Clark, an earth and environmental sciences professor at the University of Ottawa. He saw no signs of volatile organic compounds or other worrying chemical traces.

"What's striking is the prevalence of dissolved organic carbon at levels you wouldn't find normally — probably coming from old activities on the site," Clark said.

Clark said elevated levels of boron and barium found in the groundwater are often indicators of landfill leachate, but the fact the contamination levels have been falling rather than rising over the last decade of testing suggests the cause is disintegrating wood fibre rather than a "plume" of new toxins left behind by garbage. Ottawa Morning7:15Arnprior ordered to get to the bottom of dump contamination
The groundwater around the Arnprior dump is showing levels of contaminants that are higher than accepted levels and the province has given the town a deadline to figure out where the contaminants are coming from. 7:15

But it's not easy to convince some locals who grew up in the vicinity of the dump that the cause of the contamination isn't the dump itself.

Braeside resident and former councillor Mike Battiston, now 62, remembers sneaking onto the landfill property in the early 1970s to hunt with air rifles. From their impromptu cardboard bird blinds, Battiston said he and his friends watched as trucks dumped the contents of large metal drums.

"I'm thinking, 'What do you mean you don't know where it's coming from?'" Battiston said. "Who knows what was in those drums?"

Other residents have expressed concern about the June 30 deadline facing the town, but town officials said they've been upfront about the study and its cost.

"We're being proactive with council, letting them know the information as we get it," Nicholson said. "We are taking this seriously and we are in constant contact with the ministry."

If it comes down to it, the town has several costly options to bring the dump back into compliance with its certificate of operation, including pumping and treating the groundwater itself, or excavating the landfill to remove the contaminated material.

Another option being floated is to simply purchase more groundwater rights, effectively expanding the contamination attenuation zone, although the province is not on board with that idea.

"At this point, the ministry does not support the town's proposal to rezone the industrial lands while the groundwater impacts remain un-delineated between the landfill and the historic industrial lands," Ministry of Environment spokesperson Gary Wheeler wrote in an email to CBC.

Golder's report will be presented to the town of Arnprior this spring.